Hours after discovery, asteroid swept by

Asteroid 2016 QA2 was twice as big as the space rock that entered over Russia in 2013, breaking windows in 6 Russian cities. It passed safely Saturday night.

An asteroid safely passed by our planet on Saturday night – August 27-28, 2016 – just hours after being detected. Astronomers have labeled the space rock as asteroid 2016 QA2. The rock is estimated to be at least twice as big as the Chelyabinsk meteor that penetrated the atmosphere over Russia in February, 2013.

Asteroid 2016 QA2 was first seen by the SONEAR Observatory at Oliveira, Brazil.

Space rock 2016 QA2 appears to be an Aten asteroid, which belongs to a group of Near-Earth Asteroids (NEOs).

Using a 17-inch (43-cm) diameter telescope, Gianluca Masi, of the Virtual Telescope Project in Italy, was able to capture a sequence of images showing the space rock moving across the stars. You can see the images here : https://www.virtualtelescope.net/2016qa2_28aug2016.gif 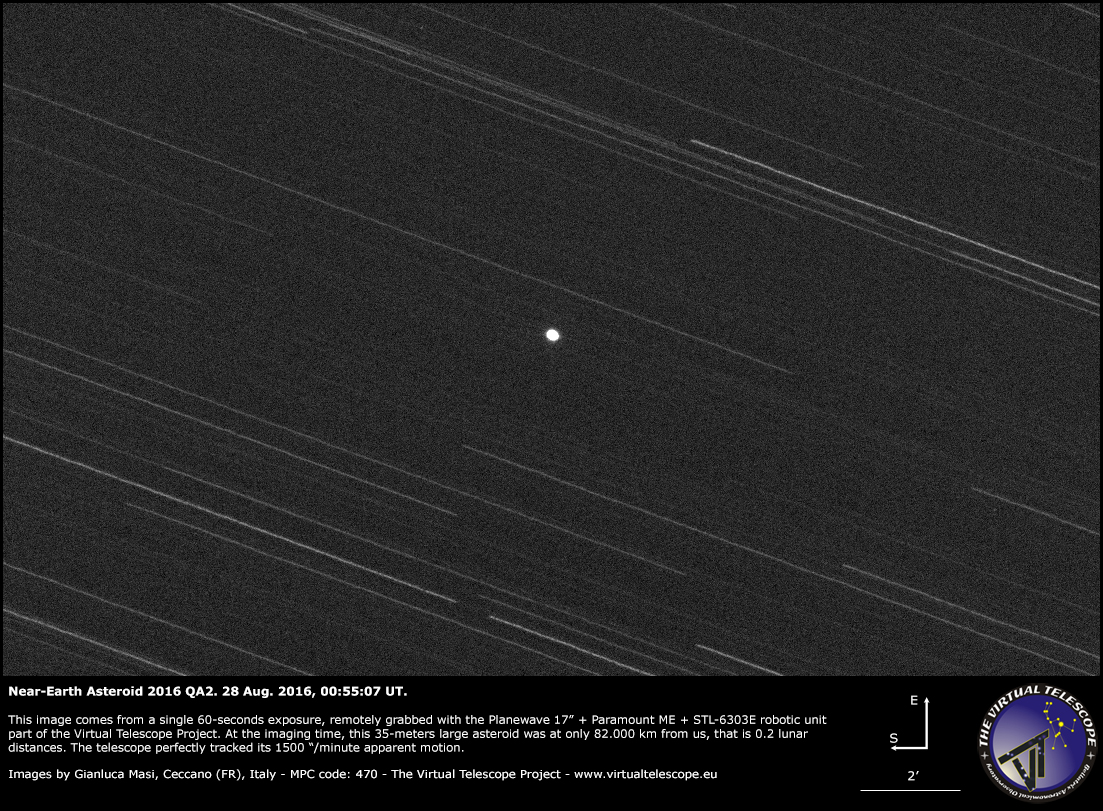