Apollo and the moon-landing hoax

Why do people persist in denying that human beings landed on the moon?

It’s been nearly 50 years since the Apollo 11 mission landed the first human beings on the moon, and since astronaut Neil Armstrong took his famous first step onto the lunar surface, speaking the words:

That’s one small step for man, one giant leap for mankind.

But not everyone believes he did that. In the video above, Roger Launius, now senior curator in the National Air and Space Museum’s Space History Division, discusses the belief that the moon landings never actually happened.

How many today believe that the six manned moon landings (1969–72) were faked and that 12 Apollo astronauts did not actually walk on the moon? Keep reading … 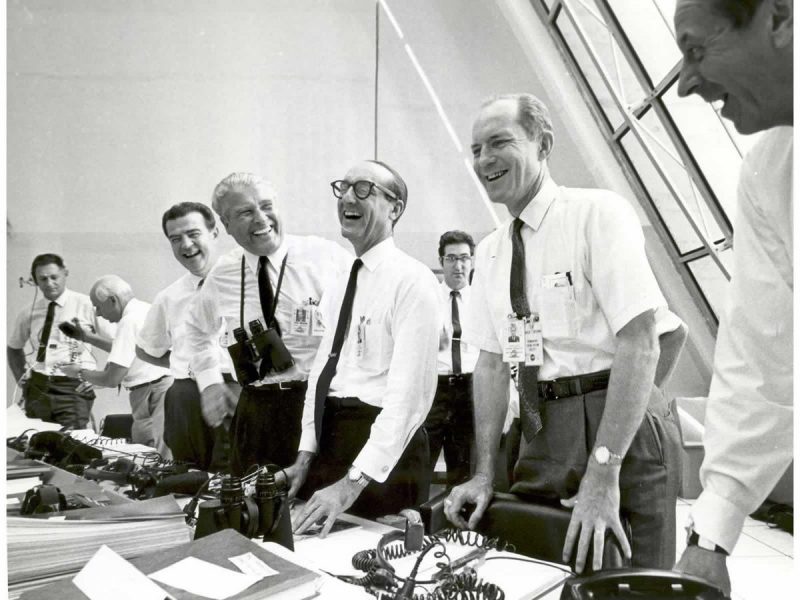 Could these men be faking it? Apollo 11 officials relax in the Launch Control Center following the successful liftoff. The famous German rocket engineer Wernher von Braun is second from left (with binoculars). Image via NASA/ Mashable.

A 1999 Gallup poll found that only 6 percent of Americans doubted the Apollo 11 moon landing happened. But – as the 21st century brought a rise in internet use and a different standard of truth in media – that number has risen, so that Wikipedia’s entry on this subject (Moon Landing Conspiracy Theories) now suggests:

Opinion polls taken in various locations have shown that between 6% and 20% of Americans, 25% of Britons, and 28% of Russians surveyed believe that the manned landings were faked.

One of the early promoters of the moon landing conspiracy theory was the Fox television network, which, in 2001, aired a documentary-style film titled Conspiracy Theory: Did We Land on the Moon?. It claimed that NASA faked the first landing in 1969 to win the Space Race. The film presented “evidence” of deception including photos showing no stars in the lunar sky and American flags rippling on the moon, despite the fact there’s no air or wind. It showed photograph and film oddities. It presented what’s become one of the most enduring claims by hoaxers: that astronauts could not have passed through the Van Allen radiation belts, in order to get to the moon.

All of these claims have been explained with the facts, of course, but – as has become increasingly apparent to all of us in recent years – human beings frequently don’t base their conclusions on facts.

In recent years, NASA’s Lunar Reconnaissance Orbiter (LRO) mission has returned images of the moon’s surface – taken from orbit – showing the shadows of the various Apollo landers. LRO also acquired images of five of the six Apollo missions’ American flags on the moon; only the first flag to be planted – by the Apollo 11 crew – now lies on the lunar surface after being accidentally blown over by the takeoff rocket’s exhaust.

Conspiracy theorists will say that these images – like all the Apollo mission images – are faked. 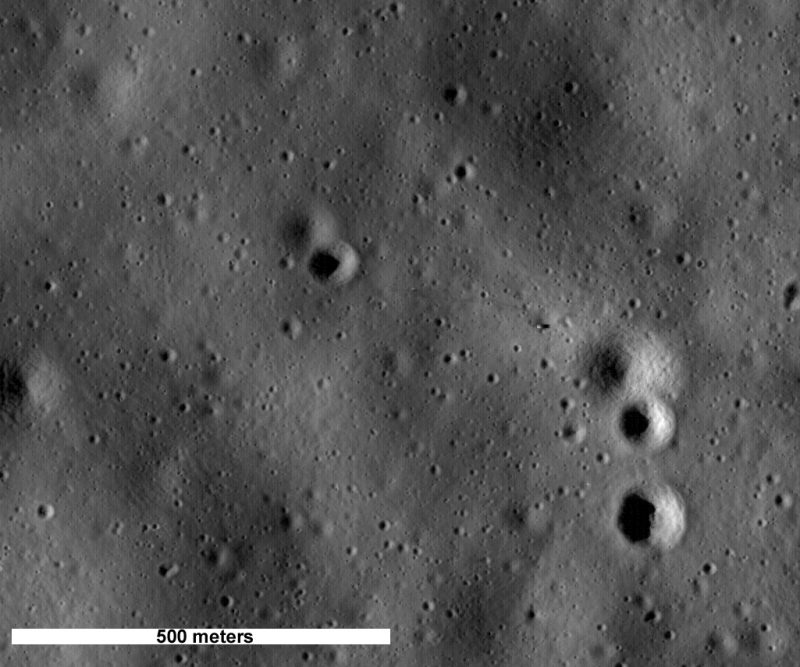 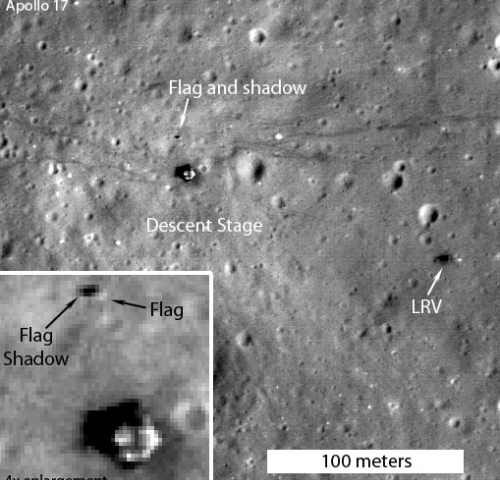 In 2012, the LRO mission captured images of the American flags planted at the Apollo landing sites. This one is from the Apollo 17 landing site, via NASA/GSFC/Arizona State University/Phys.org.

Bottom line: A few of the reasons people persist in denying humans landed on the moon, with links to more information about them.

Read more: Why Aren’t The Van Allen Belts A Barrier To Spaceflight?