A plan to create artificial meteors

Everyone loves a good meteor shower, but what about an artificial one? A Japanese company plans to create one and has just launched hundreds of pellets to space. They’ll ultimately rain down again in colorful displays. 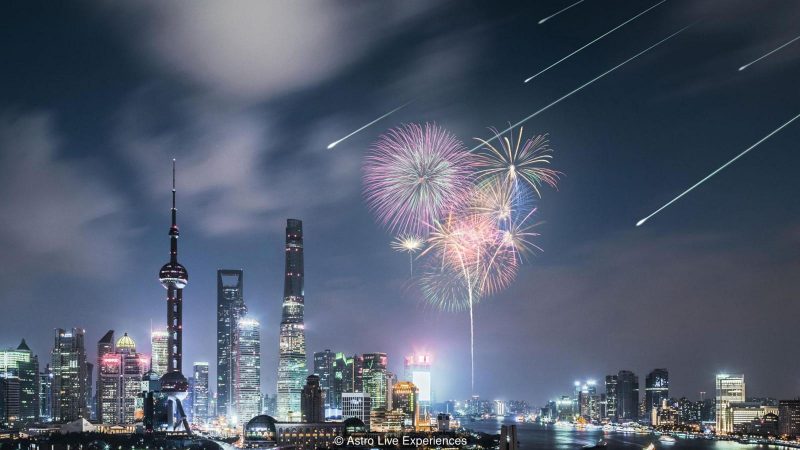 Simulation of an artificial meteor shower over a Shanghai also lit by fireworks. Image via ALE.

Meteors are one of nature’s most awe-inspiring phenomena. These “shooting stars” streak across the night sky quite regularly and can put on intense displays during annual meteor showers. Now, a Japanese company called AstroLive Experiences (ALE) is planning to create the first-ever artificial meteor shower. A micro-satellite – launched on January 18, 2019, by the Japan Aerospace Exploration Agency (JAXA) – will release tiny pellets into the atmosphere in early 2020, simulating a meteor shower.

The satellite was launched on a small Epsilon-4 rocket from the Uchinoura Space Center and is one of seven ultra-small satellites that will demonstrate various “innovative” technologies, according to JAXA. All seven satellites were successfully deployed.

Lena Okajima, president of Astro Live Experiences, said creating artificial meteor displays has been a dream of hers for nearly 20 years, since she first watched the Leonid meteor shower. She spoke candidly about the successful January 18 launch, saying:

I was too moved for words. I feel like now the hard work is ahead. 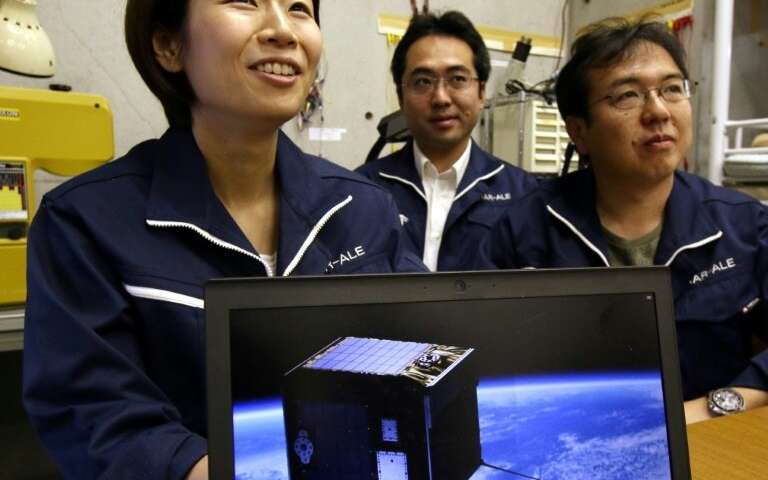 The satellite is in orbit now, but the release of the pellets won’t occur until spring 2020, since the satellite – currently at 310 miles (500 km) above the Earth – needs to lower its orbit gradually over the coming year to about 250 miles (400 km).

Then, if all goes in accordance with Okajima’s dream, the tiny pellets will be released at intervals into Earth’s atmosphere – with 20-30 separate events- and with each shower consisting of about 20 “shooting stars.” Each pellet is less than an inch (about 2 cm) in diameter. High speed and accuracy are essential, the team said; otherwise the pellets might not re-enter the atmosphere properly. A pressure-driven system of gas tanks will shoot the pellets out at about 5 miles/second (8 km/s). According to Adrien Lemal, an aerothermodynamics engineer with ALE:

It’s something that has never been developed here on Earth and we need to make sure it works in space.

Each pellet is expected to glow for several seconds before disintegrating entirely in the atmosphere. This first display is planned to take place over Hiroshima, Japan. If weather permits, it should be visible to millions of people in Japan. Hiroshima was chosen for the first display due to its good weather, landscapes and cultural assets, the company said.

The ingredients of the pellets could even be adjusted to change their colors as they burn up, and should be bright enough to even be seen over light-polluted Tokyo. Blue, green and orange have been successfully tested so far. But those ingredients are also a closely-guarded secret. Lemal said bluntly:

We cannot disclose anything about the composition of the metal ore.

The artificial meteors could even be brighter than natural ones, according to Robert Massey at the Royal Astronomical Society (RAS):

Meteors are not much bigger than a grain of sand. If you had something the size of a bullet, that would be a lot brighter. Those would be very visible. 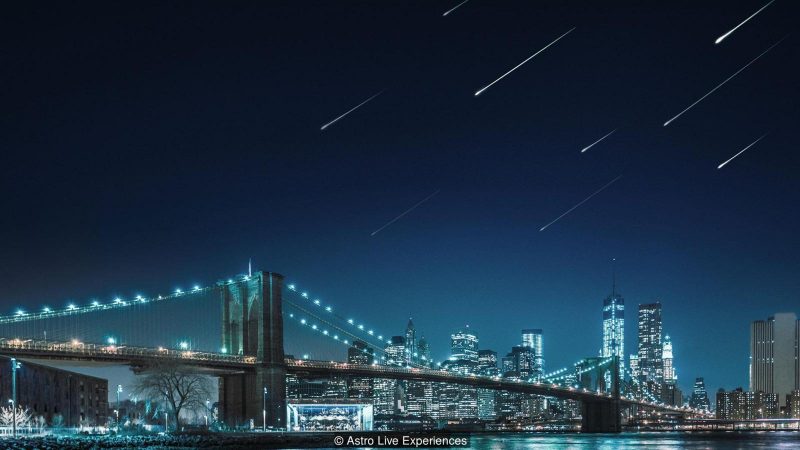 Another illustration of a future artificial meteor display, via ALE.

ALE is planning its second launch to space sometime around mid-2019. The company is aiming to have “shooting stars on demand” with a stockpile that can be delivered around the world, basically turning the sky into a giant canvas, according to Okajima:

We want to use the sky as canvas and create very beautiful things.

If it works, it should be a great display, but not everyone is excited about it. As noted by Hugh Lewis at the University of Southampton:

Given the fact that we’re trying to encourage good behavior in the space environment and so on, just to throw things up there because they look pretty is a bit problematic. 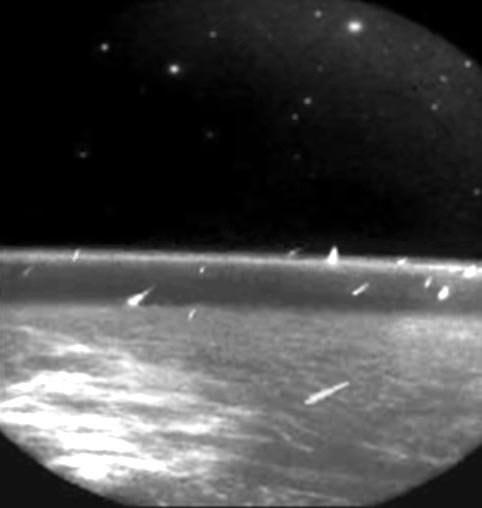 Leonid meteors, as viewed from space in 1997. Image via NASA.

Although the satellite that carries them is expected to be at about 250 miles (400 km) above Earth, ALE’s meteor shows would take place at lower altitudes. The meteor showers would happen at a height above Earth lower than most orbiting satellites, the team said. They said any pellets that didn’t burn up would not pose a hazard to satellites or to the International Space Station.

In the future, however, it is expected that more more satellites will orbit in the region where the meteor showers will occur. Still, Lemal said he is confident their displays will not create space debris or pollution:

Robert Massey of the RAS pointed out something else, that many people will always prefer the natural meteor displays over something artificial:

I think there’s always something quite fascinating about a thing we don’t actually control but which is nonetheless beautiful. That has a romantic and soulful quality that perhaps an artificial shower doesn’t. 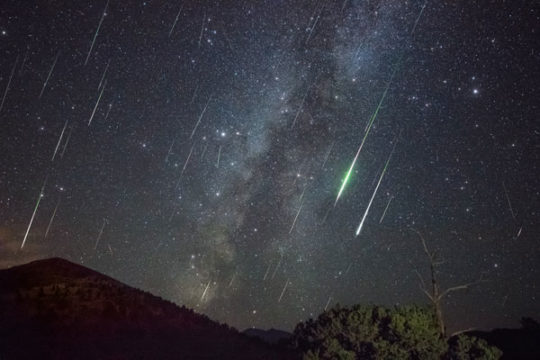 Bottom line: If all goes as planned, a Japanese company called AstroLive Experiences will create the first-ever artificial meteor shower over Hiroshima, Japan, in the spring of 2020. It might be the first of many more to come.