Moon near Aldebaran and Pleiades October 26 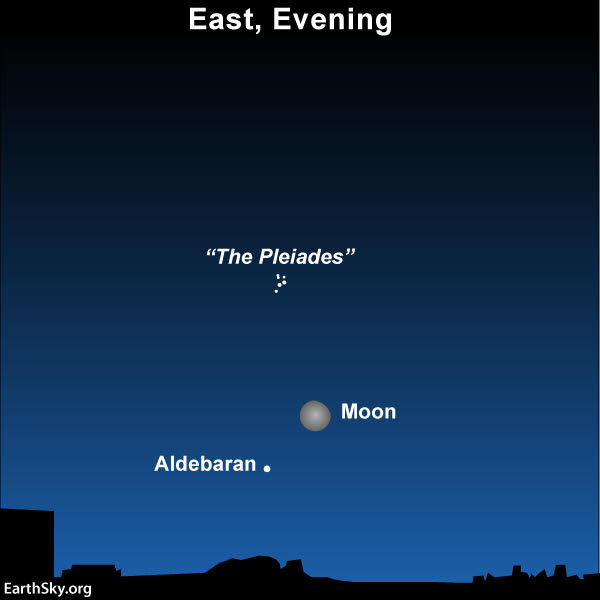 Tonight – October 26, 2018 – you’ll find the waning moon near two celebrities among the stars. They are the star Aldebaran and the Pleiades star cluster, also known as the Seven Sisters. Watch for this trio to rise an hour or more after sunset on this late October evening. Aldebaran will be the bright reddish star near the moon. The Pleiades will be a tiny, dipper-shaped cluster of stars near Aldebaran and the moon.

Thank you! Your submission has been received!
Oops! Something went wrong while submitting the form.
END_OF_DOCUMENT_TOKEN_TO_BE_REPLACED

Equinox sun is over Earth’s equator on September 22