A hearing system component thought to be unique in toothed whales like dolphins has been discovered in insects, following research involving the University of Strathclyde.

The research is challenging ideas about how a large group of insects including crickets and katydids hear, revealing the unexpected similarity to toothed whale hearing. 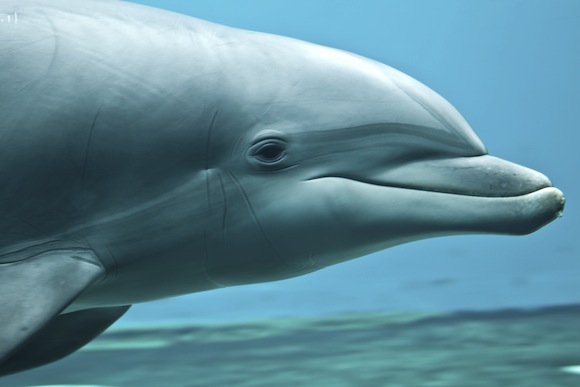 Scientists from the School of Biological Sciences at The University of Auckland, with colleagues from Plant & Food Research in New Zealand, led the research with engineers from the University of Strathclyde working on the biomechanical aspects of the project.

They discovered that the iconic New Zealand insect, the weta, rely on a unique lipid – a compound that includes oils and fats – to hear the world around them.

Dr James Windmill, of the University of Strathclyde’s Centre for Ultrasonic Engineering, said: “As engineers we are particularly interested in how sound interacts with certain materials and how it travels to and from a source. These findings help us to improve our fundamental knowledge and could inspire new systems in ultrasound technologies like biomedical and non-destructive testing.

“The discovery is interesting as previously only toothed whales were known to use this hearing system component, the lipid. There are many similarities in the use of lipids to amplify the sounds and help both animal groups to hear.

“We don’t know why animals who are so far apart in evolutionary terms have this similarity, but it opens up the possibility that others may use the same system component.”

The sound is known to be transmitted through a liquid-filled cavity to reach the hearing organs, but until the current research was carried out it was presumed that the liquid was simply the insect equivalent of blood.

The researchers found that it was in fact a lipid of a new chemical class. They believe the role of the lipid is to efficiently transmit sound between compartments of the ear, and perhaps to help amplify quiet sounds.

Dr Kate Lomas from the University of Auckland, said: “In the weta, as in other members of the Ensiferan group which includes katydids and crickets, sound is detected by ear drums on the front legs.”

Using new tissue analysis and three-dimensional imaging techniques the scientists also discovered a tiny organ in the insects’ ears, which they named the olivarius after Dr Lomas’ son Ollie. The organ appears to be responsible for producing the all-important lipid.

It may have been overlooked in previous studies because standard analytical techniques, which are much harsher, would have damaged or destroyed the fragile tissue.

Dr Lomas added: “The ear is surprisingly delicate so we had to modify how we looked at its structure and in doing so we discovered this tiny organ.”

The researchers carried out their work with the Auckland tree weta. They believe that the same method of hearing is likely to be used by other members of its biologic class, including crickets and katydids, which are famous for the sounds they produce.

Via University of Strathclyde