“Since plants are emerging earlier in the year, they tend to be older and past their peak nutritional value by the time the hungry caribou arrive to eat them.” – Jeffrey Kerby

Melting sea ice in the Arctic may be leading, indirectly, to fewer caribou calf births and higher calf mortality in Greenland, according to scientists at Penn State University. Eric Post, a Penn State University professor of biology, and Jeffrey Kerby, a Penn State graduate student, have linked the melting of Arctic sea ice with changes in the timing of plant growth on land, which in turn is associated with lower production of calves by caribou in the area. The results of the study will be published in the journal Nature Communications on 1 October 2013. 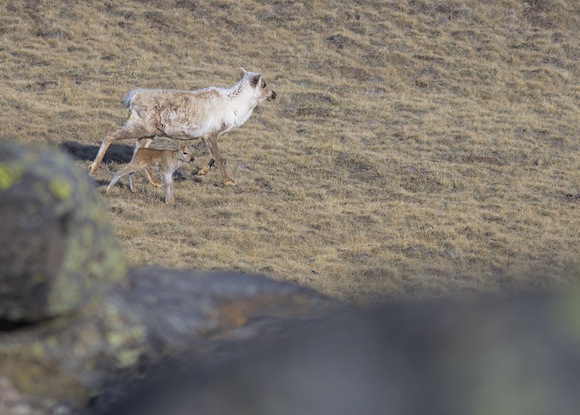 Post began his observations on the relationship between the timing of caribou calving and the start of the plant-growing season in Greenland 20 years ago. “I initially was interested simply in determining how closely timed the calving season was to the onset of vegetation green-up,” Post explained, “without a thought as to how this relationship might be affected by climate change.” Post added that, as his observations have continued, the data have revealed an increasingly earlier start to the plant growing season, a change that has not been matched by correspondingly earlier calving by caribou in the area. “Until this study,” Post said, “identifying the environmental driver of this change has been the biggest challenge, one that we’re getting a better understanding of now that we have more years of data.” The ongoing decline in sea ice now has been associated with increases in local temperatures inland in many parts of the Arctic. “We therefore hypothesized that sea-ice decline was involved in local warming and the associated advancement of the growing season for plants at the study site, and so we set out to test that hypothesis,” Post said.

Kerby added that archeological evidence suggests that caribou have used this area as a calving site for over 3,000 years. In late May to early June, caribou typically arrive from their west-to-east migratory journey in search of young plants to eat around the time caribou give birth. “Since plants are emerging earlier in the year, they tend to be older and past their peak nutritional value by the time the hungry caribou arrive to eat them,” Kerby said. “The animals show up expecting a food bonanza, but they find that the cafeteria already has closed.” The team members explained that, while plants respond to warmer temperatures and other changes in climate simply by adjusting the timing of their growth, caribou — whose reproductive cycles are timed by seasonal changes in daylight length, rather than by temperature — continue to give birth at nearly the same time during the spring when they usually do. “This scenario is what we call a trophic mismatch — a disconnect between the timing of when plants are most nutritious and the timing of when animals are most dependent on them for nutrition,” Kerby said. 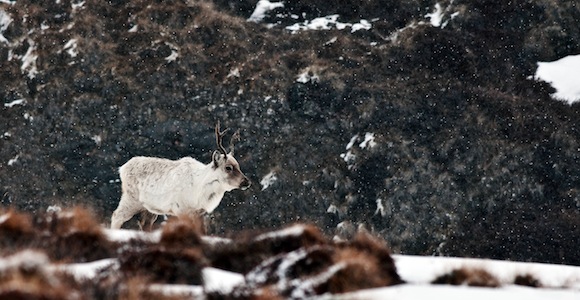 In addition to analyzing their own data, Post and Kerby also used information from a 1970s study of caribou calving and calf survival at the same site by Danish biologists Henning Thing and Bjarne Clausen. “This comparison allowed us to look for signs of trophic mismatch in the same caribou population over 30 years ago,” Post said. He explained that he and Kerby used the statistically robust relationship between sea ice and the timing of plant growth to “hindcast” trophic mismatch to 1979, which they then compared to their more-recent findings. “We found an interesting contrast to the current state of caribou calving in relation to spring green-up,” Post said. “Rather than a trophic mismatch, the observations by Thing and Clausen suggest a high state of trophic match associated with later onset of the plant growing season. As a result, the data from the late 1970s indicate very high calf production in this population at that time.” 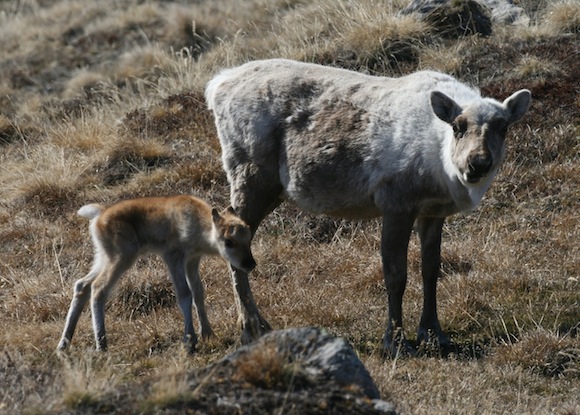 Post added that he and his team intend to study other ecological communities living near sea ice in future research. “Sea ice is part of a broader climate system that clearly has important effects on both plants and animals. Exactly how sea-ice decline might affect species interactions in this and other types of food webs on land in the Arctic is a question that deserves greater attention,” Post said.