Isaac Newton, born on January 4, 1643, discovered the laws of motion and other principles that laid the foundation of physics and astronomy. 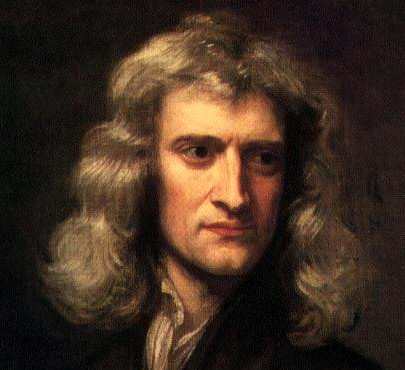 Isaac Newton was born on January 4, 1643, at Woolsthorpe Manor House in the United Kingdom. Newton became a mathematician, physicist and astronomer, and he is now world-famous as a scientist who helped us understand the universe through his discoveries that became the basis of many scientific principles.

Newton published his insights in three famous volumes that together are titled the Philosophiae Naturalis Principia Mathematica (Mathematical Principles of Natural Philosophy), often referred to as simply Principia, which is, by all accounts, a masterpiece. In this work, Newton states his three laws of motion, which today form the foundation of classical celestial mechanics. Principia also lays out Newton’s revelations about gravity. 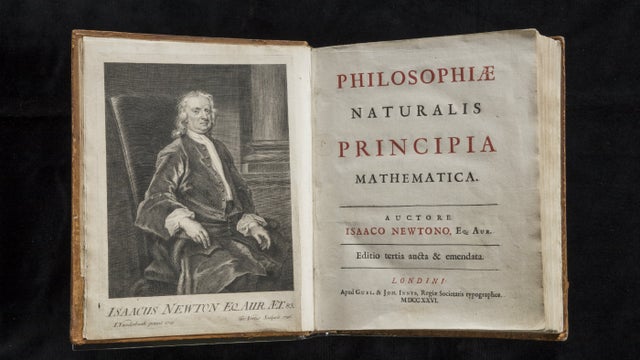 EarthSky’s lunar calendar shows the moon phase for every day in 2021. Going fast. Order yours before they’re gone!

2. When a force acts on a mass, acceleration is produced. The greater the mass of the object being accelerated, the greater the amount of force needed to accelerate the object. Read more about Newton’s Second Law of Motion.

3. For every action there is an equal and opposite reaction. Read more about Newton’s Third Law of Motion. 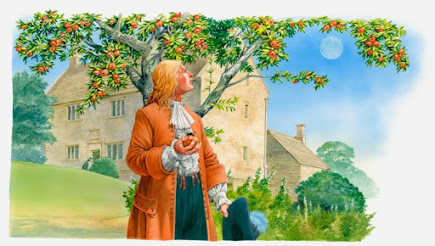 Newton realized that the force of gravity extends at least to the moon. Image via physicswithperrone.com.

Newton’s revelations about gravity. Remember the story of the apple falling on Newton’s head? While not necessarily true in all its details, Newton apparently observed an apple fall from a tree and began thinking that, in order to fall on the ground, the apple was accelerated from zero when it hung on the tree.

According to his Second Law of Motion, acceleration is produced when a force acts on an object. Newton must have thought, what is that force? He came to understand this force as what every school child today knows as gravity.

Indeed, the force of gravity extends throughout space. Today, physicists refer to Newton’s ideas about gravity as the universal law of gravitation.

Others who followed Newton – particularly Albert Einstein – refined our understanding of gravity. The most accurate description of gravity today can be found in Einstein’s general theory of relativity, which asserts that gravity is a consequence of the curvature of space-time.

Fascinated by Newton’s revelations about gravity? Check out this 15-minute video:

If Newton had only contributed his three Laws of Motion and his understanding of universal gravitation, we’d have remembered him as one of the world’s greatest scientists. But Newton didn’t stop there. He also built one of the first practical reflecting telescopes, contributed to the invention of calculus, and explored how white light can be broken up into a spectrum of colors by a prism, thereby laying the foundation for much of modern astronomy.

Yet Newton himself knew how much more remained to be discovered. He is known to have said:

I do not know what I may appear to the world, but to myself I seem to have been only like a boy playing on the sea-shore, and diverting myself in now and then finding a smoother pebble or a prettier shell than ordinary, whilst the great ocean of truth lay all undiscovered before me.

One curious fact about Isaac Newton is that you can say he had two birthdays, ten days apart. You may have previously seen Newton’s birthday as December 25, 1642. That reference is beginning to change, and now it’s more common to see Newton’s birthday as January 4, 1643. The difference is due to the fact that, when Newton was born, England was in the midst of a 150-year period of using a different calendar from the rest of Europe. The rest of the continent had already adopted the Gregorian calendar, which is the same calendar we use today. However, at the time of Newton’s birth, the English were still using the Julian calendar, which lagged ten days behind because of a faulty method of accounting for leap years. (Coincidentally, 1642 was the year that Galileo died.)

So Newton himself would have said his birthday was December 25. But everywhere outside of England he was born on January 4. Read more about Newton’s birthday discrepancy. 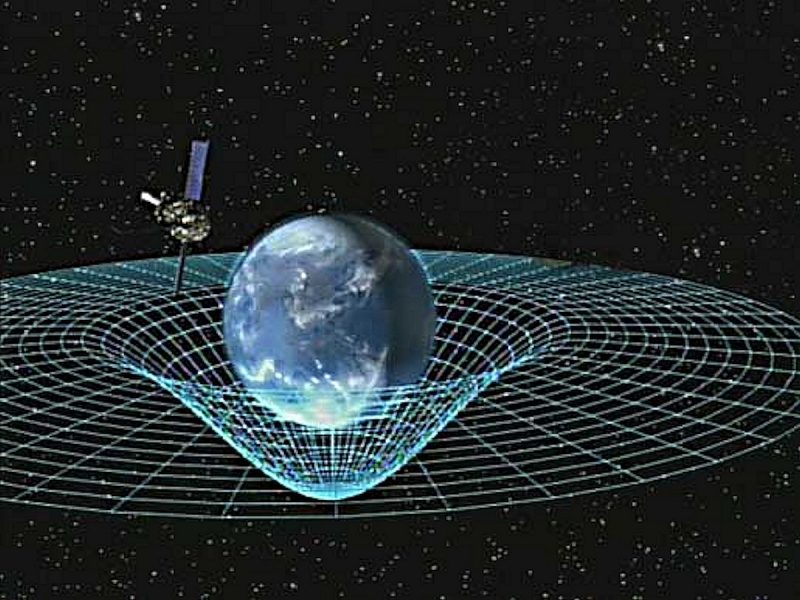 Einstein’s 1916 theory of general relativity didn’t replace Newton’s theory of gravity. But it did change our understanding of gravity so that now massive objects are seen as causing a distortion in space-time, which passing objects feel as gravity. Nowadays, scientists are talking about an entirely new theory of gravity. Artist’s concept via NASA.

Bottom line: Isaac Newton could claim two birth dates, but now his birthday is largely recognized as January 4, 1643. Newton’s work in gravity and the laws of motion form the basis of much of today’s understanding of physics and astronomy.