Skywatchers! Check out this first video in the Chasing Darkness series, a stargazing destination guide. This episode – dark sky preserves in Alberta, Canada.

The duo plans to release five episodes with locations in North America selected for their incredible stargazing opportunities, some of which are easy-to-reach location near major cities and others far-flung bucket-list destinations.

For this episode, filmed in Alberta, Canada, in December 2017 and January 2018, the team drove nearly 6,000 miles (10,000 km) across Alberta to photograph the province’s five dark sky preserves and its international dark sky park. 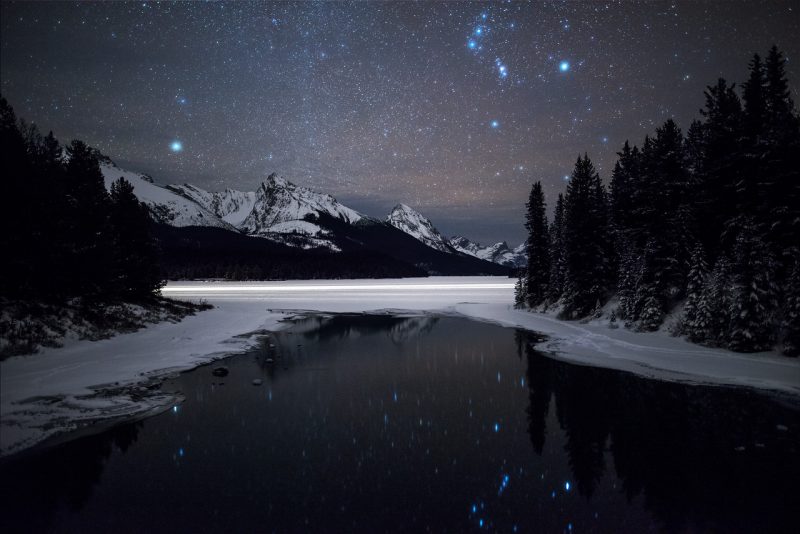 Although visiting during the winter brought its own challenges, the team said it turned out to be the ultimate season to visit. Longer nights meant more opportunity to see and photograph the night sky. The lack of crowds made it easier, too, as they felt they had each area to themselves. But, winter also meant colder temperatures, especially in Wood Buffalo National Park and Lakeland Provincial Park. While filming these two dark sky preserves, the temperatures rarely rose above -22 degrees F (-30 degrees C). While it was easy to stay warm, they said, either in cross country ski warming shelters or their vehicle, it wasn’t easy to operate camera gear.