Even experienced observers say they couldn’t discern the Earth’s shadow on the moon during the partial penumbral eclipse of July 4-5, 2020. 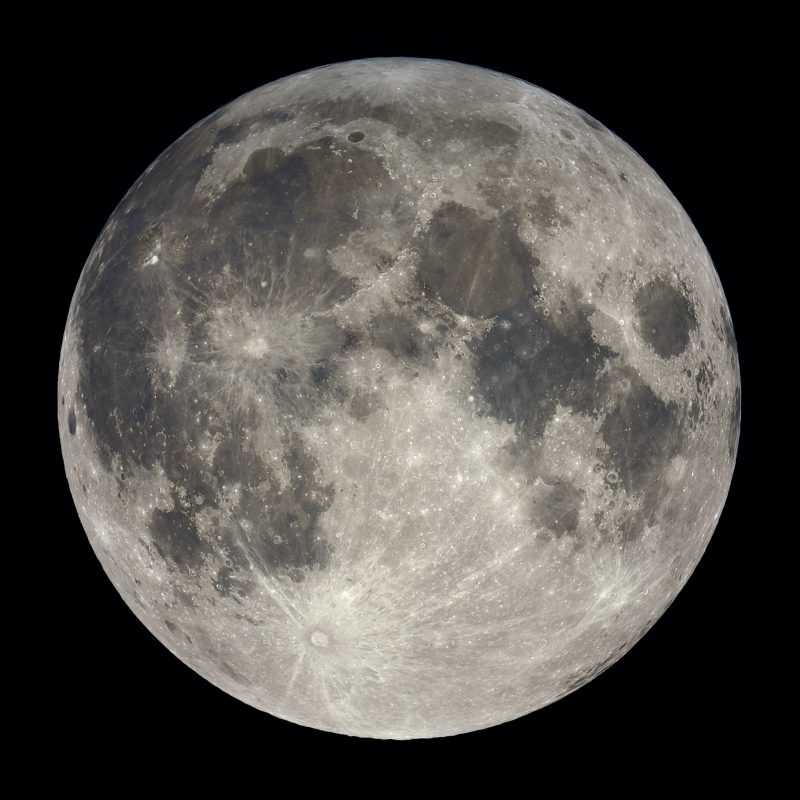 View at EarthSky Community Photos. | Rob Pettengill in Austin, Texas – an experienced moon photographer – caught this image of the full moon Saturday night, July 4, 2020, one minute before midnight, at the height of the partial penumbral eclipse. He wrote: “A beautiful full moon for Independence Day in the United States, but where did the eclipse go? Partial penumbral eclipses are very subtle. Only a small sliver of the sun is hidden by the Earth, in roughly the top third of this image. This small gradual change in illumination is almost impossible to detect without careful photometric measurement.” Thanks, Rob!

By all reports, the faint partial penumbral lunar eclipse of July 4-5, 2020, was barely discernible (if that), even by experienced observers. At maximum eclipse, only about a third of the moon was covered by Earth’s faint, outer penumbral shadow. And – for most of us – that’s not enough to make the eclipse visible, according to experts.

For example, prior to July 4, eclipse guru Fred Espenak had written at the Facebook group Solar Eclipse Chasers:

Since the moon will only pass 1/3 of the way into the penumbral shadow during the July 4/5 lunar eclipse, it will not be visible to the unaided eye. But digital photography can reveal the subtle shading if the contrast of the image is greatly increased.

On the other hand, it’s been my experience that people’s powers of observation vary greatly. Some people have exceptional eyesight. Some have a really remarkable ability to notice subtle details. If that’s you, and you noticed Earth’s shadow on the moon during this eclipse, let us know in the comments below! 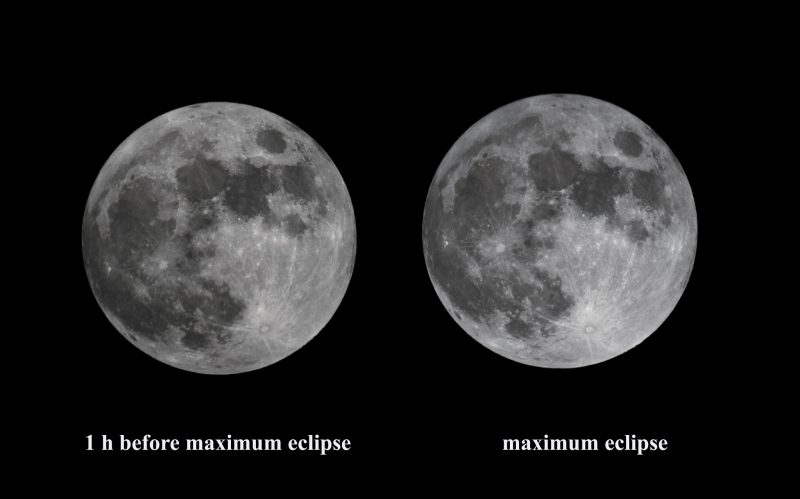 Eliot Herman in Tucson, Arizona – another experienced sky photographer – told EarthSky: “The eclipse was mostly a bust, but I do think there was a slight shadow. This is a side-by-side comparison of the moon one hour before, and at, maximum eclipse. There appears to be a very slight shading in the north of the moon as expected by prediction. These images were acquired in Tucson under somewhat degraded seeing from the Bighorn fire smoke particles still in the sky. The capture equipment is a Questar telescope and a Nikon D850. The exposures were matched closely as possible and the imagery was processed as a duo unit as to be identical.” Thank you, Eliot! 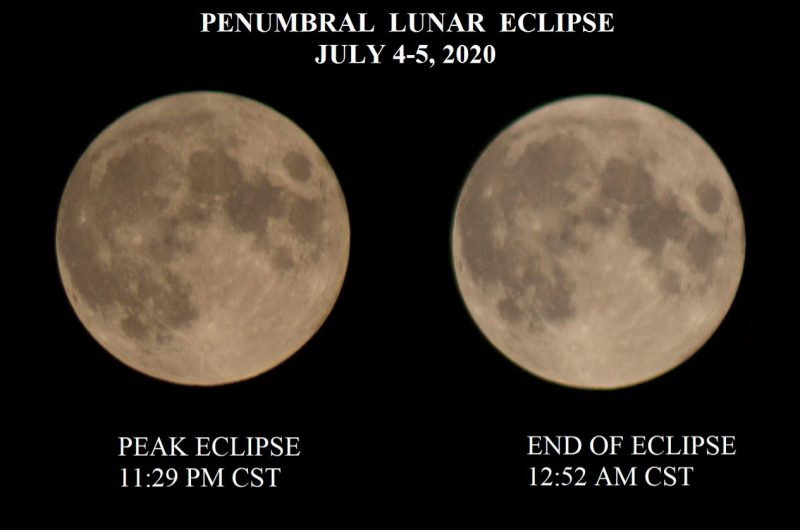 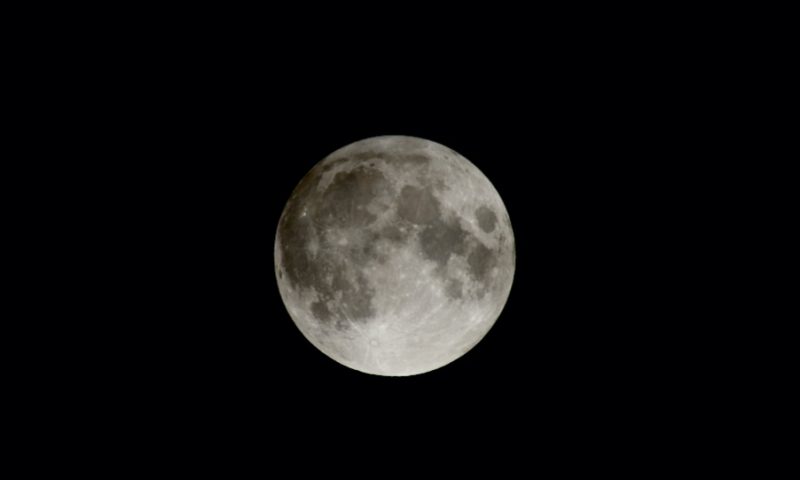 View at EarthSky Community Photos. | Greg Redfern in central Virginia wrote: “Taken at maximum eclipse for the penumbral lunar eclipse. MAY be some shading in the upper left quadrant.” Thank you, Greg. 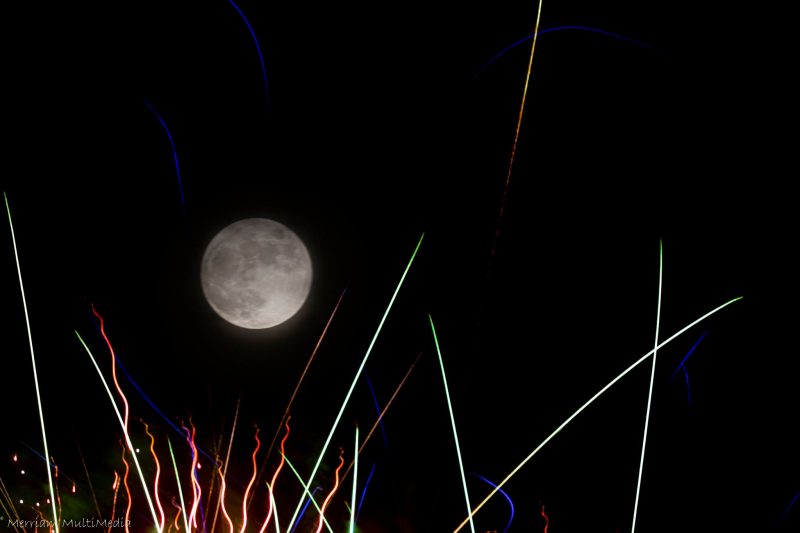 View at EarthSky Community Photos. | On the other hand, many in the U.S. Saturday night enjoyed seeing the full moon along with neighborhood fireworks. John Merriam in St. Augustine, Florida, wrote: “The moon was hidden by quite a few clouds from a very stormy day but later in the night the clouds began to break and fireworks lit up the sky all over the neighborhood we live in. July 4th, 2020.” Thank you, John! 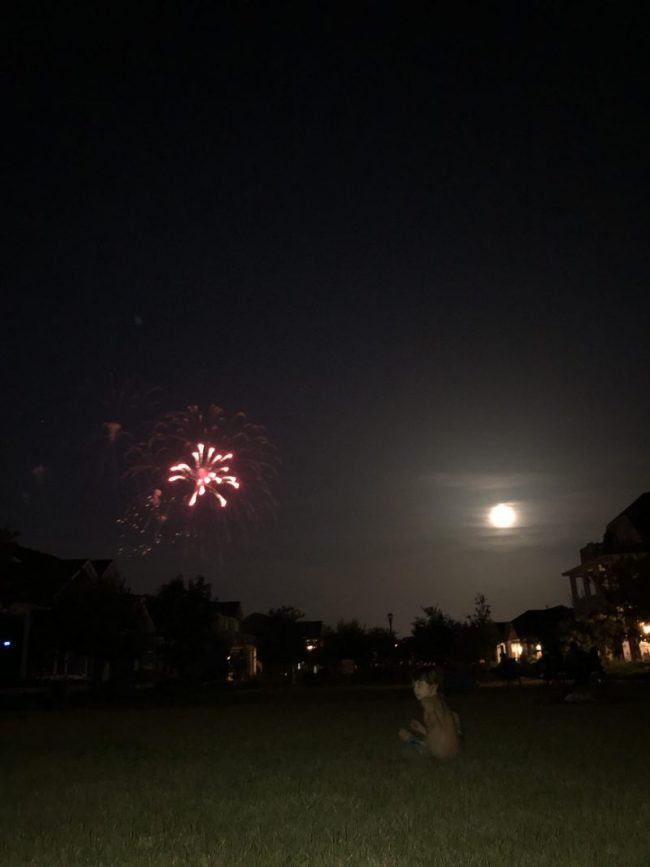 View at EarthSky Community Photos. | “My family had fun watching the full moon near the July 4 fireworks last Saturday night, too,” wrote Deborah Byrd of EarthSky.

Bottom line: Even experienced observers say they couldn’t discern the Earth’s shadow on the moon during the partial penumbral eclipse of July 4-5, 2020. Did you see it? Do your photos show it? Let us know in the comments below, or post at EarthSky Community Photos.