Want to be an astronaut? Apply now!

For the first time in more than 4 years, NASA is now accepting applications for future astronauts. Aspiring moon to Mars explorers have until March 31 to apply.

Have you always dreamed of being an astronaut? Here’s you chance. For the first time in more than four years, NASA is accepting applications for future astronauts. The application period began March 1, 2020, and aspiring moon to Mars explorers have until March 31 to apply. NASA expects to select final astronaut candidates in mid-2021.

The call for more astronauts comes at a time when the agency is preparing to send the first woman and next man to the moon with the Artemis program. NASA administrator Jim Bridenstine said in a statement:

America is closer than any other time in history since the Apollo program to returning astronauts to the moon. We will send the first woman and next man to the lunar South Pole by 2024, and we need more astronauts to follow suit on the moon, and then Mars. We’re looking for talented men and women from diverse backgrounds and every walk of life to join us in this new era of human exploration that begins with the Artemis program to the moon. If you have always dreamed of being an astronaut, apply now. 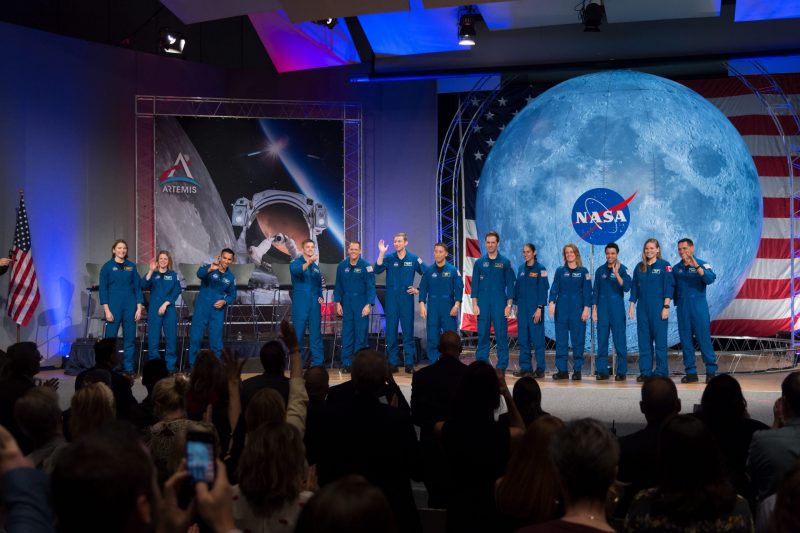 NASA’s new class of astronauts – the first to graduate since the agency announced its Artemis program – appears on stage during their graduation ceremony at the agency’s Johnson Space Center in Houston on January 10, 2020. The class includes 11 NASA candidates, as well as 2 Canadian Space Agency (CSA) candidates, selected in 2017. They will join the active astronaut corps, beginning careers in exploration that may take them to the International Space Station, on missions to the moon under the Artemis program, or someday, Mars. Image via NASA.

Steve Koerner is chair of NASA’s Astronaut Selection Board. He said:

Since the 1960s, NASA has selected 350 people to train as astronaut candidates for its missions to explore space. With 48 astronauts in the active astronaut corps, more will be needed to serve as crew aboard spacecraft bound for multiple destinations and propel exploration forward as part of the Artemis missions and beyond.

After completing training, NASA said, the new astronauts could launch on American rockets and spacecraft to live and work aboard the International Space Station (ISS), 250 miles (400 km) above Earth. Or they might launch on NASA’s powerful new Space Launch System rocket and Orion spacecraft, docking in lunar orbit before taking a new human landing system to the moon’s surface.

NASA currently plans to return humans to the moon in 2024, and to then send astronauts to the lunar surface once per year, and establish sustainable lunar exploration by 2028. NASA hopes that experience on and around the moon will prepare for the first humans to journey to Mars in the mid-2030s.

The basic requirements to apply to be a NASA astronaut include United States citizenship and a master’s degree in a STEM field, including engineering, biological science, physical science, computer science, or mathematics, from an accredited institution. According to a NASA statement, the requirement for the master’s degree can also be met by:

– Two years (36 semester hours or 54 quarter hours) of work toward a Ph.D. program in a related science, technology, engineering or math field
– A completed doctor of medicine or doctor of osteopathic medicine degree
– Completion (or current enrollment that will result in completion by June 2021) of a nationally or internationally recognized test pilot school program. However, if test pilot school is your only advanced degree, you must also have a bachelor’s degree or higher in a STEM field.

Candidates also must have at least two years of related, progressively responsible professional experience, or at least 1,000 hours of pilot-in-command time in jet aircraft. Astronaut candidates must pass the NASA long-duration spaceflight physical.

As part of the application process, applicants will, for the first time, be required to take an online assessment that will require up to two hours to complete. More information about NASA astronaut application requirements. 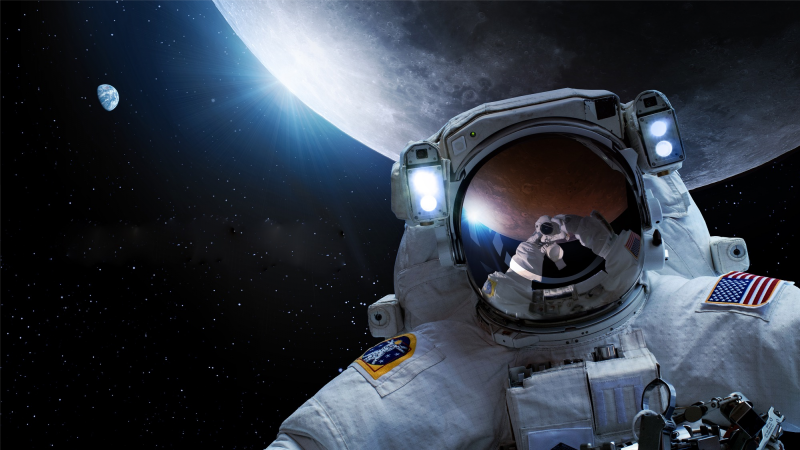 Bottom line: NASA is now accepting applications for future astronauts. Aspiring moon to Mars explorers have until March 31, 2020, to apply.