Heads up! It’s a month of eclipses 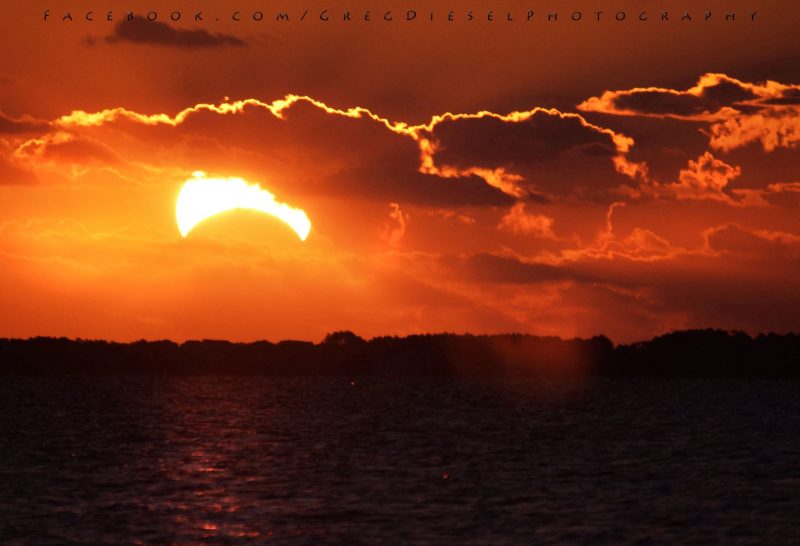 Solar eclipses will occur at opposite ends of Earth in July and August, 2018. In between will be a total lunar eclipse – the longest of the 21st century – on July 27.

Let’s talk about the solar eclipses first. Both will be partial eclipses as seen from Earth’s surface, not as dramatic as last summer’s total solar eclipse whose path of totality crossed the United States. The International Astronomical Union’s Working Group on Solar Eclipses has issued the following information:

The July 13, 2018, partial solar eclipse will be visible only from a northern rim of Antarctica and the southern edge of Australia, including the island of Tasmania, as well as the ocean in between. Only about 10 percent of the sun’s diameter will be covered by the moon at maximum at 1:24 p.m. local time in Hobart, Tasmania, with a total partial-eclipse duration of 1 hour 4 minutes … Melbourne will have only 2 percent coverage and the eclipse limit will be reached at Adelaide. In New Zealand, the eclipse will be barely visible from Stewart Island south of Invercargill. No eclipse will be visible from the South Pole, which is in the midst of six months of nighttime.

The August 11, 2018, partial solar eclipse will be visible from the northernmost parts of the world. The Norwegian-controlled Archipelago of Svalbard, site of visibility of a total solar eclipse in 2015, will have a 45 percent partial eclipse. At Scandinavian capitals of Oslo, Stockholm, and Helsinki, coverage will be 5 percent, 4 percent, and 8 percent, respectively; with 9 percent coverage at St. Petersburg, Russia … The northern Swedish city of Kuruna, about 100 miles above the Arctic Circle, will have 25 percent coverage. Tromsø, Norway, will have 29 percent coverage. The eclipse will extend as far south as Moscow, with only about 2 percent coverage of the sun, which will be high in the sky. In Yakutsk, Russia, just south of the Arctic Circle, coverage will be 57 percent. Coverage will be 25 percent to 50 percent in Greenland and 20 percent in Iceland. A narrow band of visibility will extend to 35 percent coverage of the solar diameter at Seoul, South Korea, and 20 percent at Shanghai, both with the sun at the horizon. About 65 percent of the sun’s diameter will be eclipsed at the North Pole.

Important! How to view a solar eclipse safely

Read more: Possible to have 3 eclipses in 1 month?

The total lunar eclipse will be primarily visible from the world’s Eastern Hemisphere (Europe, Africa, Asia, Australia and New Zealand). South America, at least in part, will be able to watch the final stages of the eclipse just after sunset July 27, whereas New Zealand will catch the beginning stages of the eclipse before sunrise July 28. North America, most of the Arctic and much of the Pacific Ocean will miss out entirely. It’ll be the century’s longest total lunar eclipse, with a whopping 1 hour and 43 minutes of totality.