Jennifer Ackerman on secrets of the common cold

Scientists used to think a cold worked just like a flu, which attacks and kills cells inside the body. But that’s not so, says Ackerman.

Science journalist Jennifer Ackerman is the author of the book Ah-choo! The uncommon life of your common cold!. She said that scientists used to think a cold worked just like a flu, which attacks and kills cells inside the body. But that’s not so. She told EarthSky:

Cold viruses aren’t causing our misery by tearing up our cells. They’re caused by the body’s own inflammatory response to the intruders. That’s what causes our nose to run and our throats to swell, but it also summons white blood cells, which will produce antibodies to that particular virus. 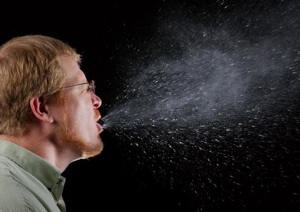 Here’s the good news. Ackerman said our body’s inflammatory response to a cold – which, to us, feels like a stuffed up nose – is really a sign that our immune system is working normally. She said that’s why products claiming to boost the immune system might not help when you’re in the grip of a bad cold.

Ackerman said a number of scientists believe that colds and other illnesses may be integral to building the immune system, especially among children. Some studies have shown that children who are exposed to ‘microbial challenges’ early in life – colds included – suffer less from allergies and asthma later on. Research is ongoing, Ackerman said.

The evidence is all epidemiological and it’s important to understand that this is not necessarily cause and effect. There’s a correlation between kids who are born amidst great microbial challenges, kids who live on farms or who are in day care who have stuffy noses all the time, that they have less risk of later developing allergies and asthma than children who are not in those settings. It’s a correlation, it remains to be determined.

A lot of current cold research concerns prevention, Ackerman said. She said a cold vaccine has been elusive because there are hundreds of different cold viruses out there. She said that what they’d need to do is find something that all these viruses have in common that they can produce a vaccine against.

And even antibacterial hand lotions are mostly ineffective against viruses, she said. The best way to prevent a cold is to keep your hands away from your face. She told us:

It hasn’t happened yet, but one of the dreams of cold scientists is to have a genome-wide study looking at all of the genes that are involved the response to the common cold. A very interesting observation that scientist have made that about ¼ of people who are infected with a cold virus don’t actually come down with symptoms. There’s probably some kind of genetic difference, it would be very interesting to know what that is. It’s possible that they’re not making the normal amount of inflammatory mediators.