Humanity winning on global challenges, yet world is unstable

Posted by
Jorge Salazar
and
Deborah Byrd
and

Futurists associated with the Millennium Project this week released the 2011 State of the Future Report, an annual report that indicates each year where humanity is winning or losing on global challenges such as energy, food and water. According to the report:

The world is getting richer, healthier, better educated, more peaceful, and better connected and people are living longer, yet half the world is potentially unstable.

We – humanity as a whole – are winning more than we are losing, as measured by 28 variables developed through a global participatory process.

But the process for creating the annual State of the Future Report has been evolving since 1996, when the American Council of the United Nations University released the first one.

In 1997, futurists associated with the report defined 15 Global Challenges, which have been tracked since then.

To create the 2011 State of the Future Report, the Millennium Project oversaw an international Delphi panel, which selected more than 100 indicators of progress or regress for the 15 Global Challenges. The Delphi method is a forecasting method that seeks to reach a “correct” answer through consensus. It is based on the results of questionnaires sent to a panel of experts. Several rounds of questionnaires are sent out, and the anonymous responses are aggregated and shared with the group after each round.

Read more about the use of the Delphi method by the Millennium Project here (pdf).

Indicators were chosen that had at least 20 years of reliable historical data and more, where possible. The resulting 28 variables were integrated into the State of the Future Index with a 10-year projection. A year-by-year comparison of the trends provides a score card on how humanity is dealing with its challenges.

The 2011 State of the Future Report states:

The world is in a race between implementing ever-increasing ways to improve the human condition and the seemingly ever-increasing complexity and scale of global problems. 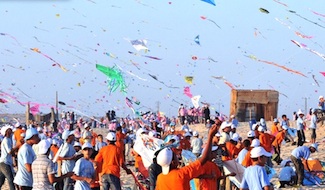 Bottom Line: The 2011 State of the Future report shows humanity is winning more than we are losing on global challenges vital to its prospects, according to the Millenium Project.

Order a copy of the 2011 State of the Future Report

Thank you! Your submission has been received!
Oops! Something went wrong while submitting the form.
END_OF_DOCUMENT_TOKEN_TO_BE_REPLACED

Kathryn Reese-Taylor on the Mayan calendar and 2012 doomsday prophesies

See all 5 bright planets in December