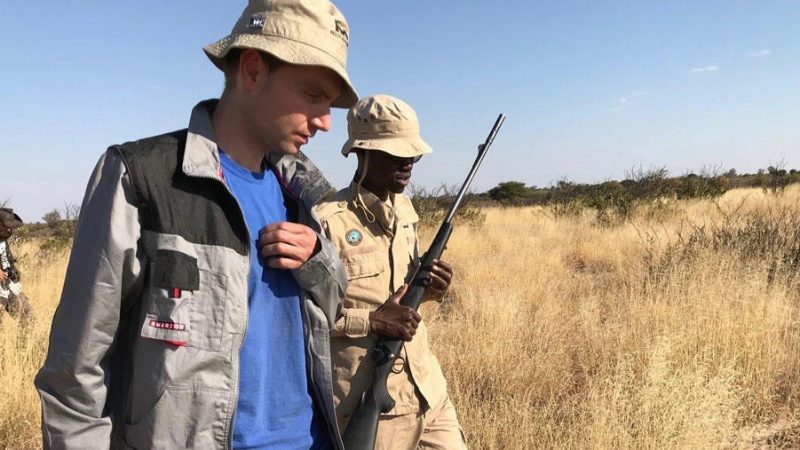 An international team of researchers in Botswana has found meteorites known to be fragments of asteroid 2018 LA, which astronomers detected just eight hours before it struck Earth’s atmosphere on June 2, 2018. The space rock was captured in videos (such as the one below) as it disintegrated at a height of 30 miles (50 km) in the atmosphere.

This is only the third time an asteroid has been detected before striking Earth’s atmosphere, and it’s the second time fragments of the inbound rock have been recovered. The first time was in October 7, 2008, when a 13-foot (4-meter) asteroid, designated as 2008 TC3, exploded over Sudan.

This time, astronomers discovered the small asteroid on a Saturday morning, June 2, and were surprised when its trajectory suggested it would pass very, very close to Earth just hours later. They detected the asteroid with the 60-inch (1.5-meter) telescope at Mt. Lemmon, which is part of the Catalina Sky Survey in Arizona.

It looks like there is a good probability ZLAF9B2 will impact the Earth within the next few hours. (Plot from MPML and Peter Birtwhistle) https://t.co/As7RgDseLA pic.twitter.com/XKktXbLNFn

Trajectory models suggest small asteroid ZLAF9B2 impacted our atmosphere over South Africa on June 2, and U.S. government sensors and satellites confirmed the event. After mounting a search, an international team of researchers has now found fragments of the asteroid. Image via projectpluto.com.

When it struck Earth’s atmosphere, asteroid 2018 LA produced an explosion with an intensity of about 1 kiloton, which suggests an estimated size for the space rock of 10 to 16 feet (3 to 5 meters) in diameter.

Peter Jenniskens, a meteorite expert from NASA Ames and SETI Institute, along with Jarmo Moilanen and Esko Lyytinen of the Finnish Fireball Network, made calculations to determine the area to search for meteorites.

The space rock will be investigated further by a research consortium of scientists. 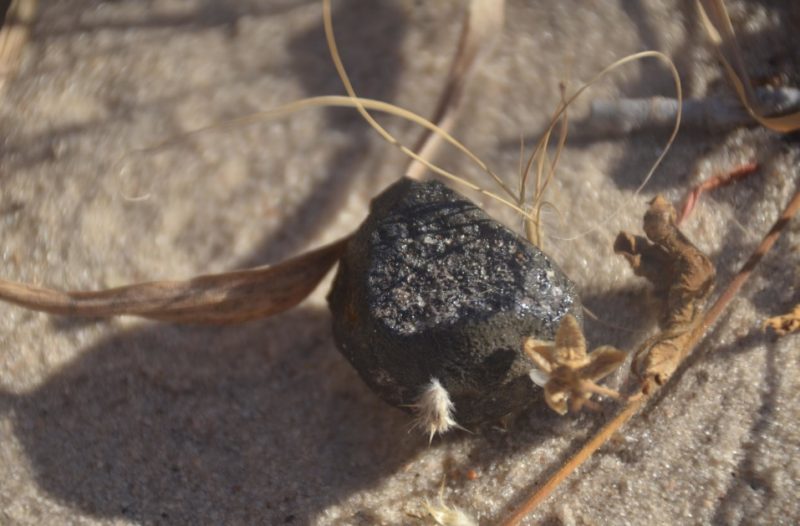 A fragment of asteroid 2018 LA, which entered Earth’s atmosphere on June 2, 2018, causing a terrific explosion.

Bottom line: Researchers have found meteorite fragments of asteroid 2018 LA in Botswana. The asteroid exploded in the atmosphere over southern Africa on June 2, 2018.