Video and images of the weirdly orange skies across the U.S. West this week, created by massive wildfires that incinerated several communities in Oregon in the past 2 days and blotted out the sun in San Francisco.

The video above is from an article at CBS News, updated on the evening of September 9, 2020. It reported:

Record-breaking wildfires in the western U.S. have turned skies shocking shades of bright red and orange this week, thanks to a relentless and unprecedented fire season across multiple states. Social media users are sharing ‘apocalyptic’ photos and videos of the hazy sky, comparing it to the planet Mars, the film ‘Blade Runner 2049’ and the show ‘Stranger Things.’

Parts of Washington, Oregon, California, Idaho, Nevada, Arizona and Utah are currently under critical and elevated risk of fire weather, according to the National Weather Service. Air quality in some regions has reached hazardous levels, and tens of thousands of firefighters are battling day and night to contain the thousands of fires. 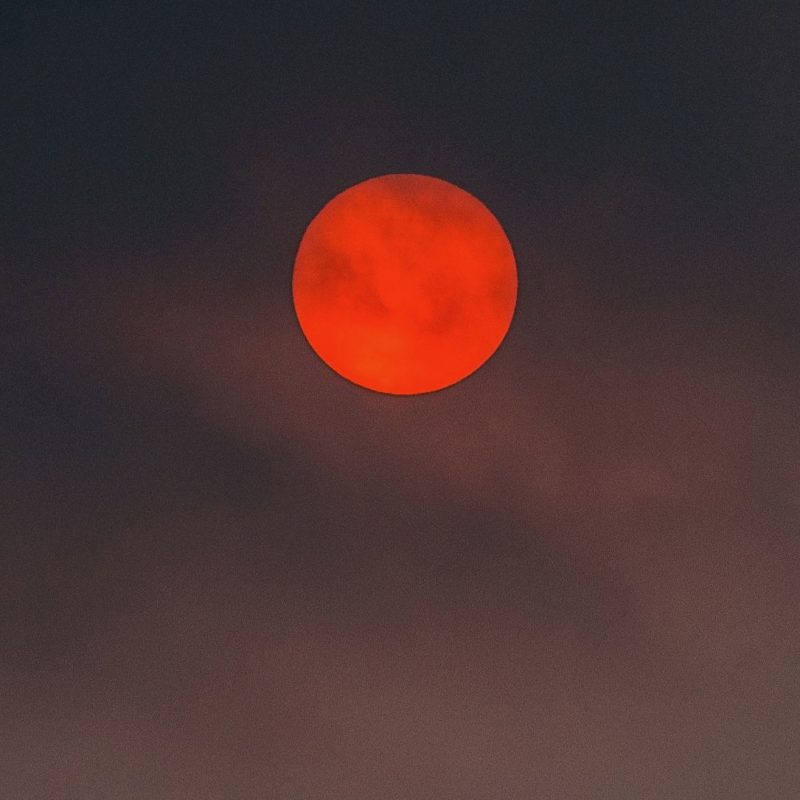 View at EarthSky Community Photos. | Jim Hatcher in San Diego, California, captured this very red sun on September 7, 2020. The red color was caused by smoke in the air due to wildfires in the West this week.

The New York Times reported on the fires, too:

In Oregon, thousands of people have evacuated their homes. In Washington State, a fire hit the town of Malden so quickly that deputies drove through the streets screaming for residents to leave. In Colorado, a 100,000-acre blaze was slowed only by a rare September snowstorm.

And in California, residents are coping with the worst wildfires on record. Smoke blotted out the sun yesterday in San Francisco, and ash fluttered down from the sky. ‘The sky had a faint orange glow that some said evoked a nuclear winter,’ Thomas Fuller, The Times’s San Francisco bureau chief, told us. Jill Cowan, a Times reporter in Los Angeles, said, ‘The smoke and the poor air quality are just oppressive.’ 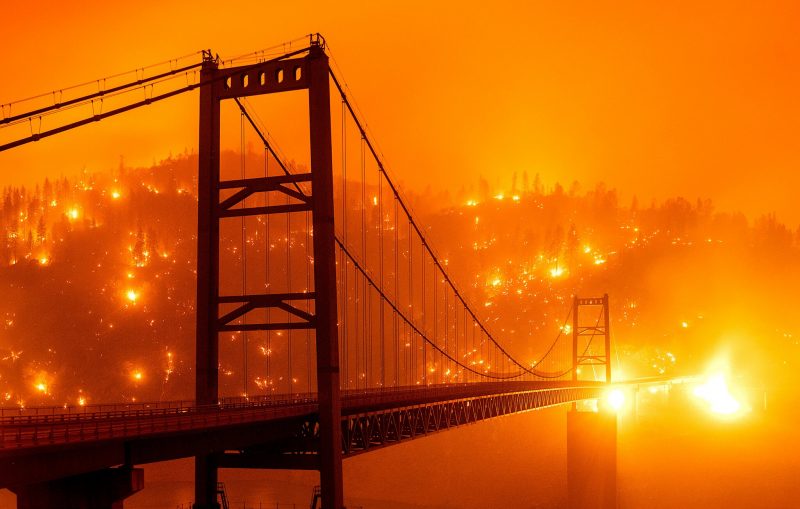 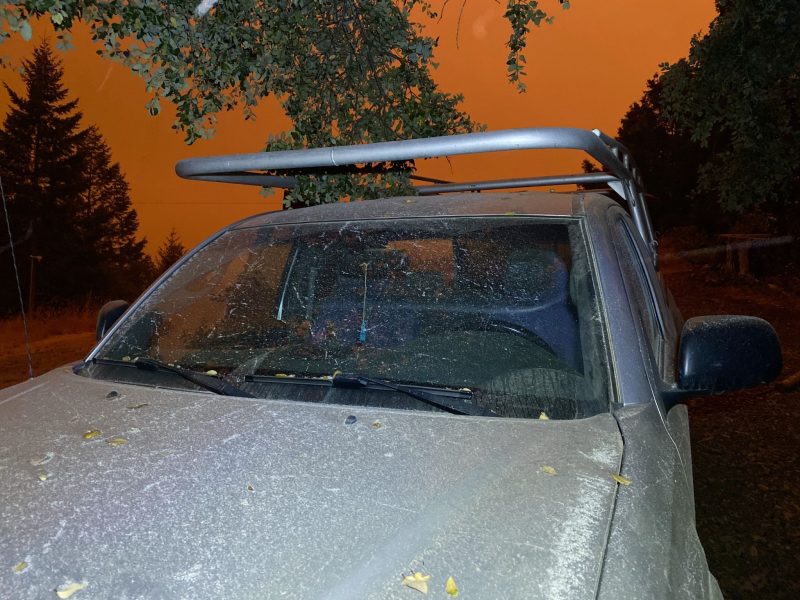 View at EarthSky Community Photos. | Brad Burns in southwest Humboldt County, California, wrote on September 9, 2020: “Over 2 hours after sunrise and it’s still an eerie orange twilight outside today over the Mattole valley in coastal California. I’m 50-100 miles away from the 422,000-acre August Complex megafire but the offshore wind flow has covered us in smoke and ash with visibility about a half mile. Woke up to everything covered in ash.”