I try so hard to be friendly to the environment. So I know that one of the first big no-no’s of being eco-friendly is to get on a plane. But that’s exactly what I did in order to get to Cusco, Peru for my two weeks of vacation. (It was that or two weeks spent at the local botanical gardens, and I think I made a good choice.) Four flights and many tons of carbon emissions later, I landed in the beautiful center of the ancient Incan empire.

With an incredible diversity of ecosystems, and thousands of species of interesting-looking plants and animals, Peru thrives on what’s called ecotourism. Ecotourism has a glut of definitions, but it’s generally understood to mean a more responsible way of traveling that benefits the environment and the local people. But on top of my hypocritical airplane travel, I had to wonder if it’s possible for ecotourism to be eco-friendly. 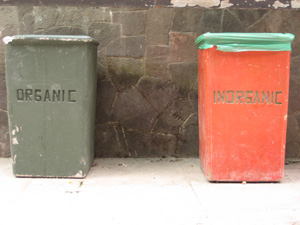 Even though I was surrounded by natural beauty, I was constantly polluting by default. The fuels used in Peru are far less clean than those in America – something I experienced during a biking trip when I became engulfed in a cloud of noxious fumes and dust every time a car, truck, or “Ecological tourism” bus passed. 8 – 12 hours each way in a jungle-bound van added to my carbon footprint and my fear of death, as the road clung to steep mountain edges. There was limited recycling. In certain towns, there were cans labeled “Organic” and “Inorganic”, nothing marked what that meant. In the mountain towns, banks of small streams were littered with plastic, and everywhere, sewage emptied directly into the river. 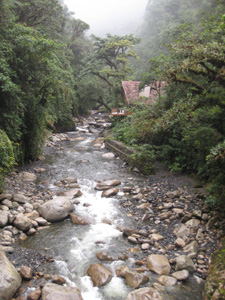 Our guide in the Manu jungle was a former park ranger who had an excellent eye and knowledge about Manu’s flora and fauna, and gave small speeches about global warming. But I couldn’t help but feel that I was exacerbating the problem. And how did I know that my activities were benefiting the local environment and community, asides from providing jobs and foreign income?

It would be great if infrastructure improvements were made and attributed to Peru’s ecotourism industry – better roads, treatment facilities, more recycling, and cleaner fuels – things that would both benefit local communities and enhance tourism.

Traveling in Peru is cheap, and I often wondered how anyone made a profit, much less provided environmental and social benefits. A new study from the environmental group Oceana found that one group of ecotourists, scuba divers, would be willing to pay on average, $55.35 to see healthy coral reefs, $39.36 for healthy sharks, and $29.63 for healthy sea turtles. 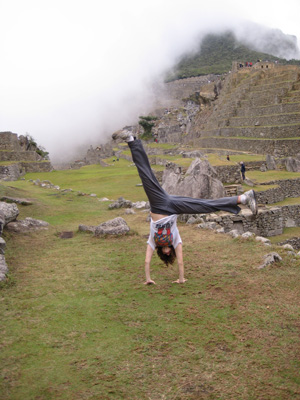 The survey shows that sharks are cooler than turtles. It also shows that people are willing to pay more to benefit what they enjoy. Certainly, my eco-guilt wouldn’t be quite so great if I knew that somehow, my visit had helped Peru.

Thank you! Your submission has been received!
Oops! Something went wrong while submitting the form.
END_OF_DOCUMENT_TOKEN_TO_BE_REPLACED