Photos from the EarthSky community of brightly-colored ice clouds in Earth’s stratosphere. They began showing up at high latitudes late last week and this weekend. 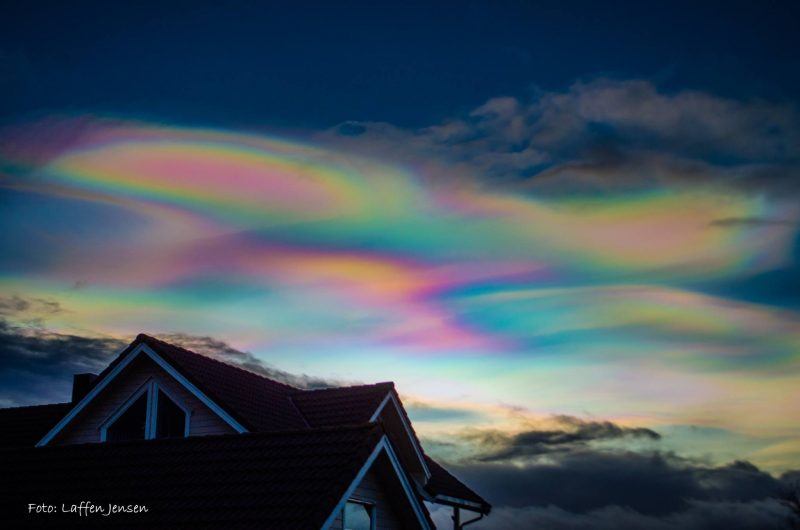 Laffen Jensen wrote on New Year’s Eve: “Pearl Clouds (polar stratospheric clouds) have been observed since several days after Christmas, over large parts of Norway. The clouds have been large and covered partially large parts of the sky.”

Last week and over the weekend – as the year shifted to 2017 – we began receiving photos of vividly colored ice clouds called polar stratospheric clouds, or sometimes nacreous clouds, or mother-of-pearl clouds. Earth’s stratosphere is normally cloud-free, but these clouds do sometimes appear some 9 -16 miles (15 – 25 km) high in Earth’s atmosphere. They’re said to have more rainbow-like colors than the iridescent clouds seen around the world fairly commonly, at lower latitudes. 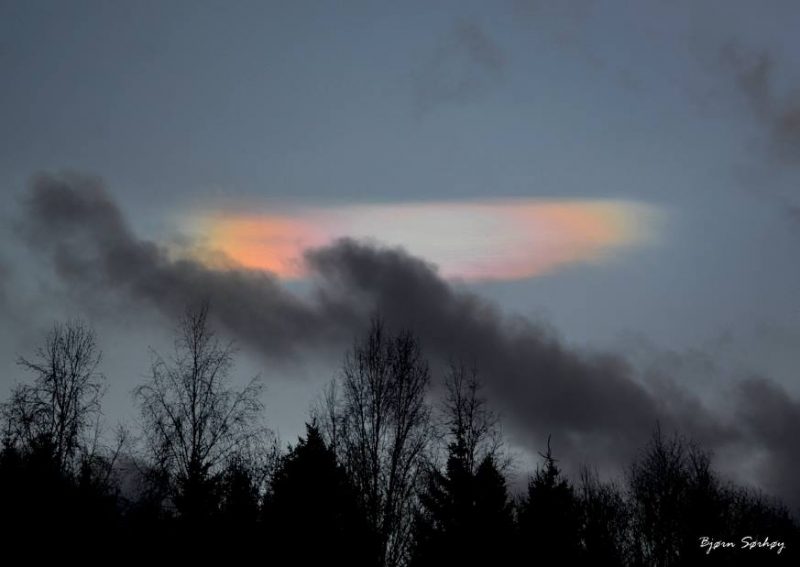 Ordinary clouds, like the dark one seen in the foreground of this photo, form in Earth’s troposphere, the layer of atmosphere in which nearly all our weather occurs, extending some 6 miles (10 km) above the ground. Stratospheric clouds are much higher up. Photo posted to EarthSky Facebook January 1, 2017 by Bjorn Sorhoy in Norway.

Les Cowley of the website Atmospheric Optics posted a beautiful explanation for these clouds after a February 2016 outbreak over the UK, saying:

Nacreous clouds, sometimes called mother-of-pearl clouds, are rare but once seen are never forgotten. They are mostly visible within two hours after sunset or before dawn when they blaze unbelievably bright with vivid and slowly shifting iridescent colours. They are filmy sheets slowly curling and uncurling, stretching and contracting in the semi-dark sky. Compared with dark scudding low altitude clouds that might be present, nacreous clouds stand majestically in almost the same place – an indicator of their great height.

They need the very frigid regions of the lower stratosphere some 15 – 25 km (9 -16 mile) high and well above tropospheric clouds. They are so bright after sunset and before dawn because at those heights they are still sunlit.

They are seen mostly during winter at high latitudes like Scandinavia, Iceland, Alaska and Northern Canada. Sometimes, however, they occur as far south as England. 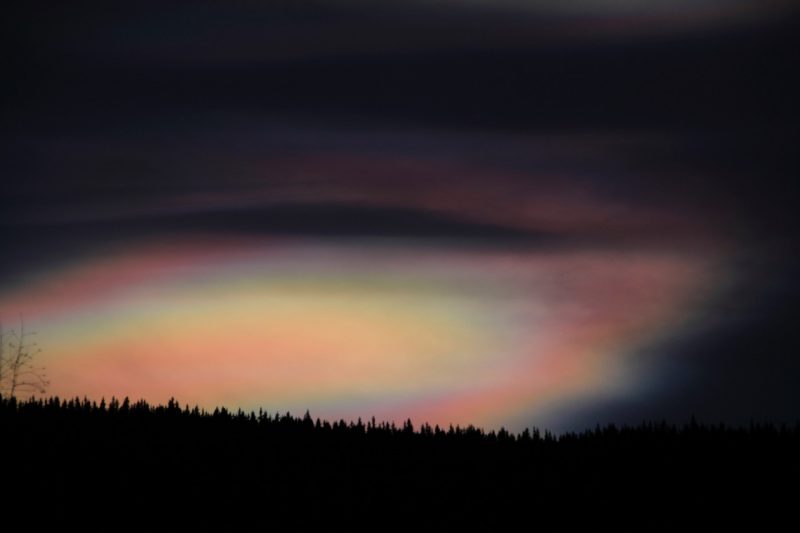 Rob Wilson in Norway caught this polar stratospheric cloud on December 30, 2016. He wrote: “in Norwegian its is called Perlemorskyer.”

Spaceweather.com added that – although they once were thought to be “mere curiosities,” some polar stratospheric clouds (PSCs) are now known to be associated with the destruction of ozone:

Indeed, an ozone hole formed over the UK in February 2016 following an outbreak of ozone-destroying Type 1 PSCs.

Thanks to all who submitted photos or posted photos of the clouds at EarthSky Facebook! 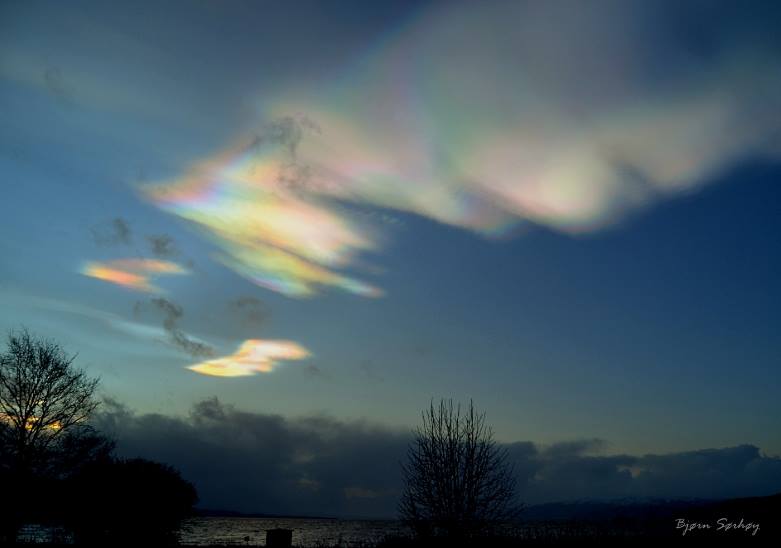 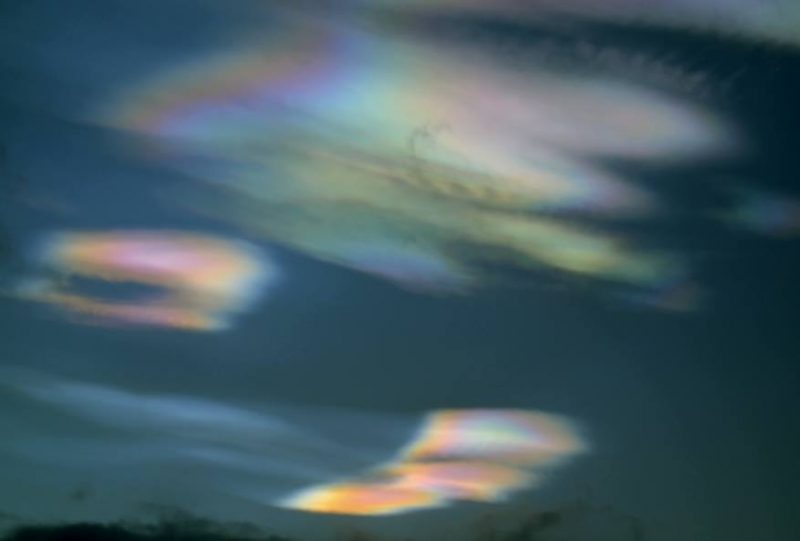 Bottom line: Polar stratospheric clouds – also called nacreous clouds or mother-of-pearl clouds – have been putting on a show for those at latitudes near the Arctic Circle. Photos from the EarthSky community here.