World’s oldest known albatross – at least 63 years old – has been seen with her mate for the first time this mating season at Midway Atoll. 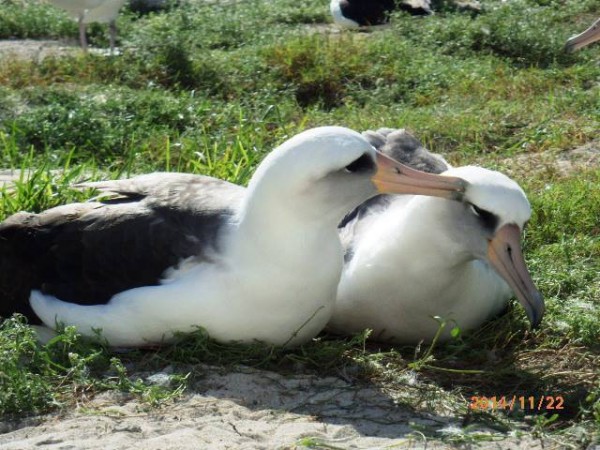 Wisdom is back! She’s on the left in the photo above. The world’s oldest known albatross – at least 63 years old – has been seen with her mate for the first time this mating season within feet of their usual nesting site. The USFWS National Wildlife Refuge System posted this photo of Wisdom of its Facebook page today (December 1, 2014). They wrote:

Right now, Midway Atoll is crowded with hundreds of thousands of albatross pairs staking out their nest sites.

This year, Wisdom’s highly visible band number Z333 was seen by deputy refuge ranger Bret Wolfe, who used a telephoto lens from 30 feet away to take this photo.

More about the Laysan albatross here.