Where lightning flashes most

According to satellite observations, more lightning happens over land than over the oceans, and more often closer to the equator. Check out this map. 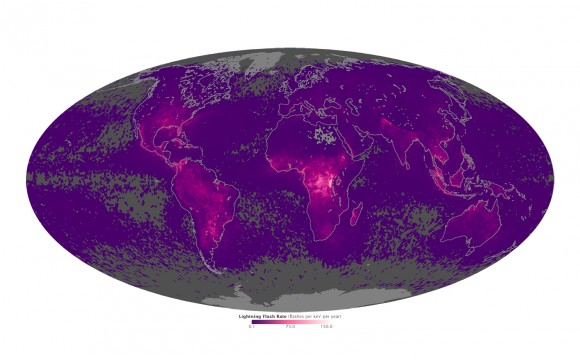 Where does on our planet does lightning flash most frequently? According to satellite observations, lightning occurs more often over land than over the oceans. And lightning seems to happen more often closer to the equator.

The higher frequency of lighting over land makes sense because solid earth absorbs sunlight and heats up faster than water. This means there is stronger convection and greater atmospheric instability, leading to the formation of thunder and lightning producing storms.

According to NASA’s Daniel Cecil, a member of the Global Hydrology and Climate Center’s lightning team, the data also have revealed some interesting regional trends. For example, scientists have observed a large number of flashes during the month of May in the Brahmaputra Valley of far eastern India. The heating and weather patterns are unstable and changeable at that time — just before the onset of the monsoon, which brings plenty of rain but much less lightning. In contrast, locations in Central Africa and Northwestern South America have large amounts of lightning throughout the entire year.

As the map shows, the highest amounts of lightning flashes occur in the far eastern Democratic Republic of Congo, and Lake Maracaibo in northwestern Venezuela. 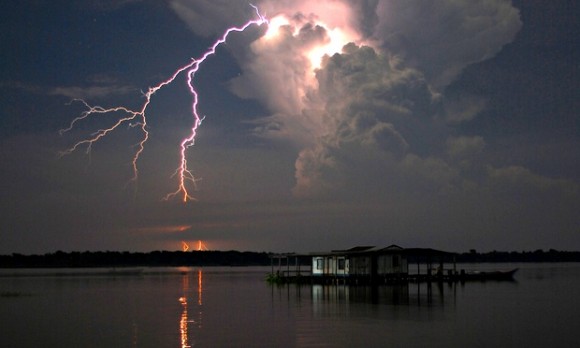 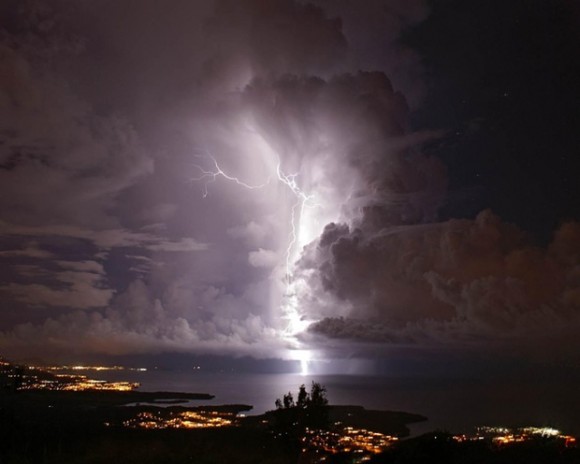 A flash of Catatumbo Lightning in Zulia, Venezuela. Photo credit: Alamy via The Guardian

The heat and humidity are at optimum levels at Lake Maracaibo, and the addition of wind caused by the surrounding Andes makes the lightning here the most intense and predictable in the world.

Bottom line: New map based on satellite data from 1993-2013 show where lightning occurs most frequently on Earth.