Two snow cover maps show the difference between snow extent in North America on March 3, 2011 and on March 5, 2012.

Here are two maps that compare the snow cover in North America in March this year (2012) and in March last year.

The maps were compiled from data collected by the Moderate Resolution Imaging Spectroradiometer (MODIS) instrument aboard NASA’s Terra satellite on March 3, 2011, and then on March 5, 2012. 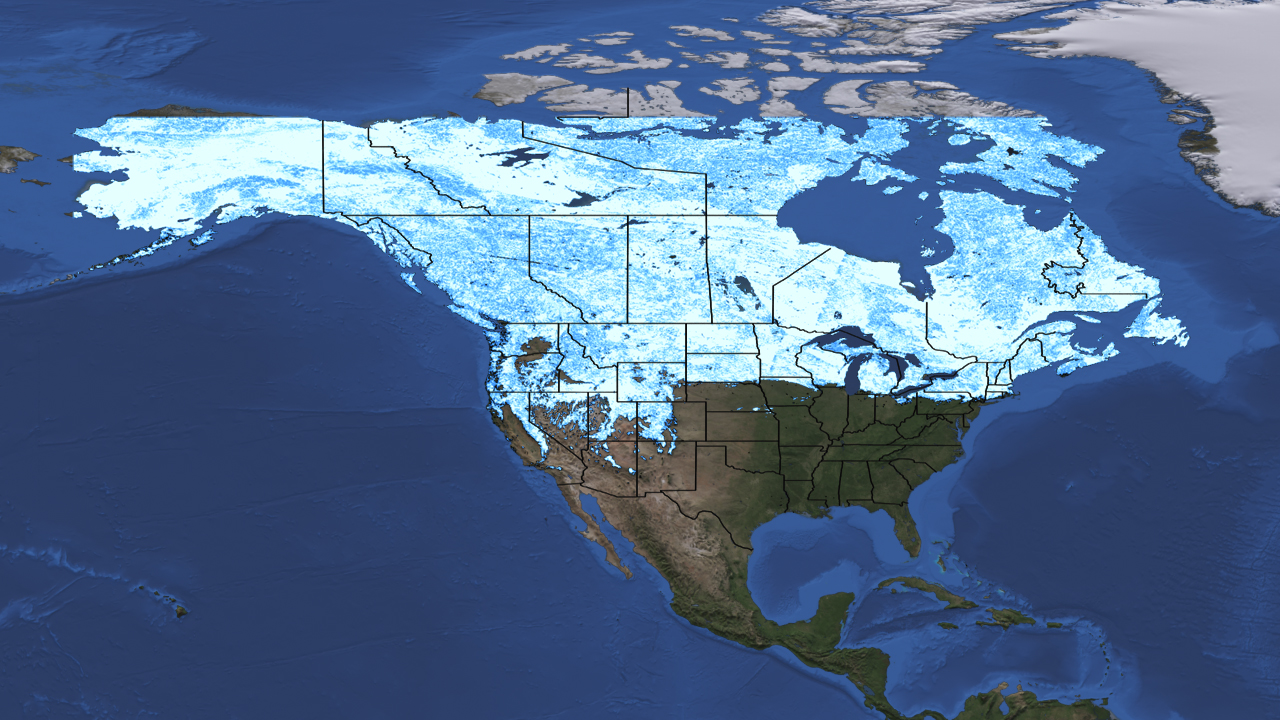 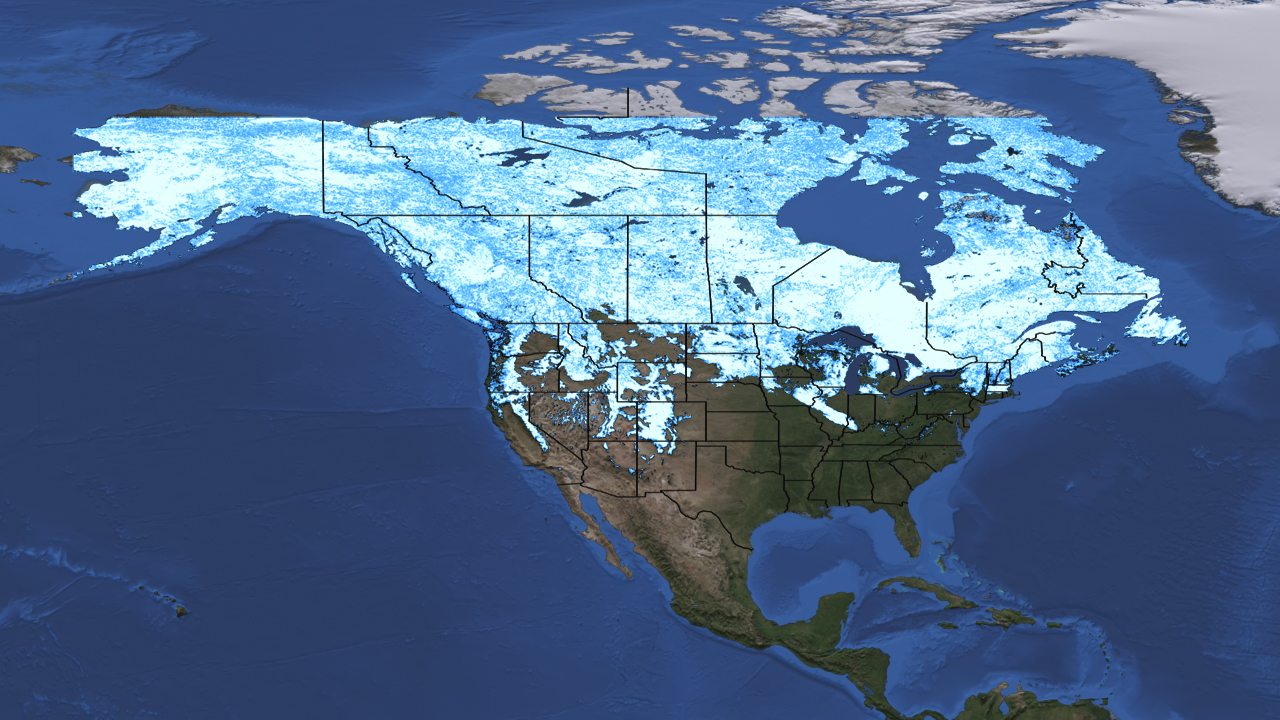 In 2011, the Great Lakes were clearly defined by surrounding snow, and snow blanketed the Rocky Mountains, Nevada’s Basin and Range, and the Sierra Nevada all the way into southern California.

But in 2012, areas that are usually snow covered are bare, including parts of Montana, Wyoming and South Dakota. The Snake River Plain in southern Idaho is clearly visible. This low-lying valley is the track of the hotspot that is now under Yellowstone National Park. In the east, the Great Lakes area, southern Ontario and the East Coast of the United States have much less snow cover than they did at this time last year.

2012’s relatively light snowfall is the result of two atmospheric processes, according to climatologist Bill Patzert of NASA’s Jet Propulsion Laboratory, Pasadena, Calif. One is the La Niña conditions in the Pacific, which result in less moist air crossing the continental United States. The other is a strong Arctic Oscillation that keeps cold arctic air around the North Pole and away from more southern latitudes.