Comet Lovejoy, discovered by Australian amateur astronomer Terry Lovejoy on November 27, 2011, belongs to a group of comets known as sungrazers, which are thought to be pieces of a much larger comet that broke up centuries ago. The comets are termed sungrazers because their orbits take them quite near — and often into — the sun.

Astronauts on the International Space Station (ISS) enjoyed a surreal view of the comet as it appeared on Earth’s horizon on the day of the solstice, December 21, 2011. Still images taken from the ISS were compiled into this time-lapse video.

Note how the tail of the comet points away from the Sun even as the comet itself is moving in the same direction, away from our star. Every comet has two tails, one of ice and dust, the other of ions, or charged particles. The heat and pressure of sunlight sloughs off the ice and dust, pushing it away from the Sun. Likewise, the solar wind strips ions off of the comet surface, though not necessarily in the same direction as the tail of debris and ice. You can also see small intermittent flashes of white lightning discharges also are visible over Earth’s surface.

More images of Comet Lovejoy putting on an amazing show in the predawn skies of the Southern Hemisphere. 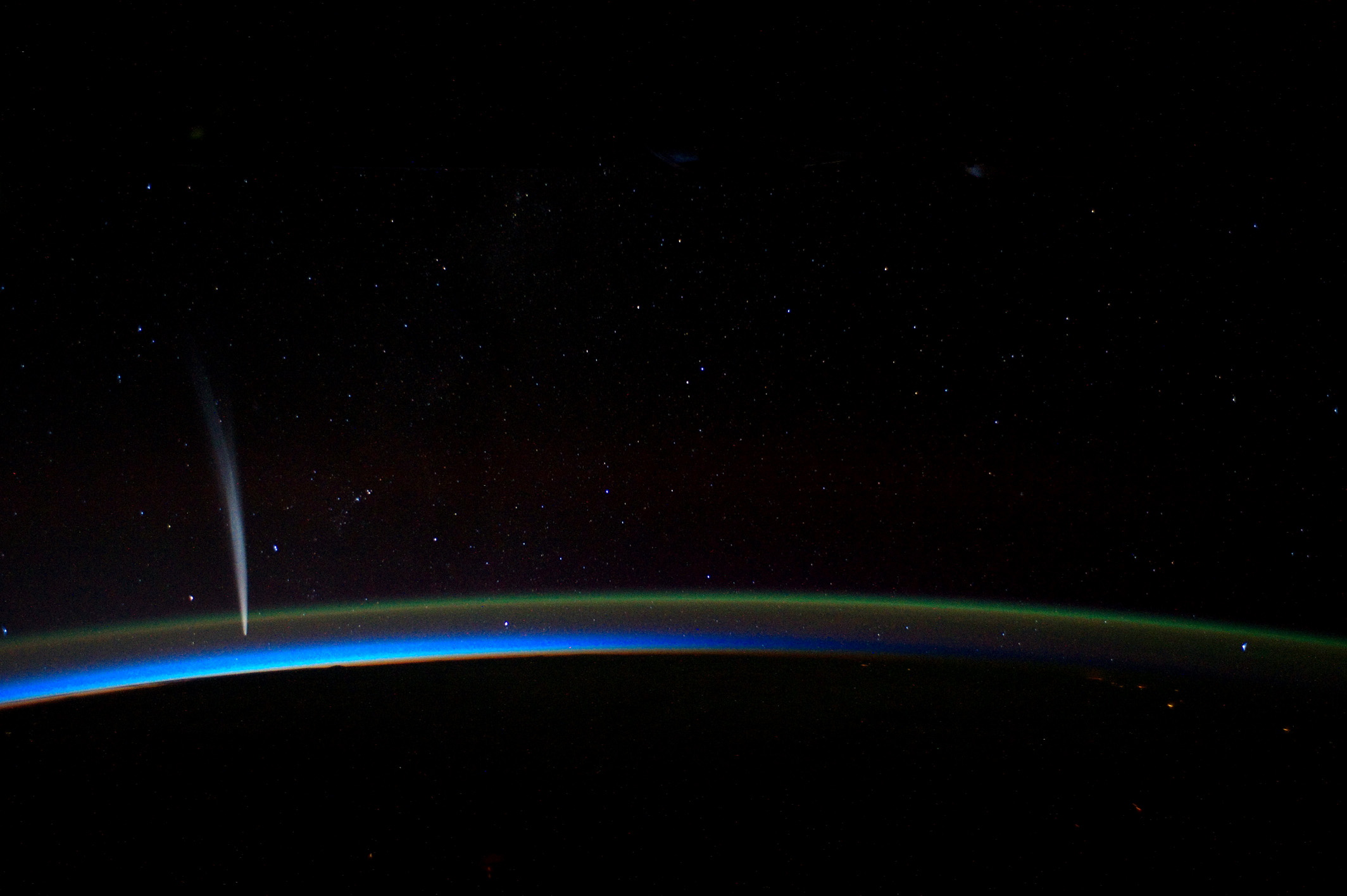