Tropical Storm Debby remains stationary and will produce 10 – 15 inches of rainfall, with some areas seeing over two feet through the entire week. 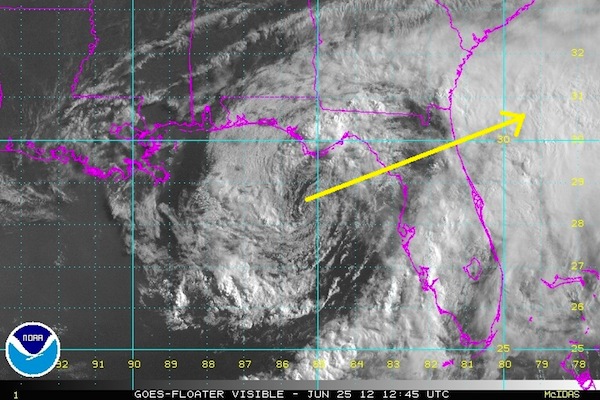 On Saturday, June 23, 2012, Tropical Storm Debby formed across the eastern Gulf of Mexico. Debby is now the fourth named storm for the 2012 Atlantic Hurricane Season, and the earliest fourth named storm to develop this early in our historical records. In fact, it surpasses Hurricane Dennis that formed on July 5th in the busy 2005 season. No doubt, the hurricane season has started extremely active for this time of the year. Debby is currently causing a lot of problems throughout the western coast of Florida and the Panhandle. Heavy rains from the system has already triggered flash flooding in many regions. Many bridges and roads have been closed as water levels continue to rise. Meanwhile, areas from Sarasota and the Tampa area are experiencing squalls of strong storms that are producing isolated tornadoes. At least two people have died, and the storm is only beginning. In fact, Tropical Storm Debby will likely remain stationary over the northern Gulf for the next 24 hours and continue to produce heavy rains, large areas of flooding, and isolated tornadoes for the next three to five days.

Look at the tropical storm warnings and watches along the western Florida coast. Image Credit: NHC 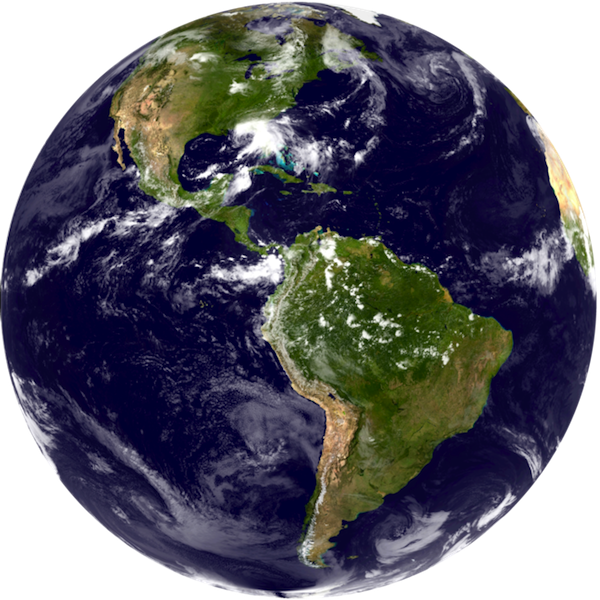 As of now, the track of Tropical Storm Debby shows very little movement for the next several days. In basic terms, there is nothing out there that can give this storm a push to shove it out of the Gulf of Mexico and allow it to move away. With very little movement due to being trapped by two anticyclones to the west and east, Debby’s main weather issues will be the heavy rains and extensive flooding. The latest model runs basically have the system stalling for the next two days and then slowly pushing east-northeast. The National Hurricane Center’s (NHC) latest track indicates a little easterly movement, but the movement remains extremely slow. Predicting the actual area for landfall is pointless for this storm since it is causing widespread problems over a very large area. Debby is a fairly large system, and the biggest impacts are actually away from the center of the storm.

Forecast track for Tropical Storm Debby on June 25, 2012 by the National Hurricane Center

In my opinion, I do not anticipate too much change with the storm’s intensity. The current satellite imagery of Debby shows a very disorganized storm with very little cold cloud tops around the center of the storm. You need cold cloud tops and convection around the center of the storm to see it become stronger. As of now, Debby does not show signs of a strong tropical storm as dry air is entering the core of the system. As it remains stationary over the open waters of the northern Gulf of Mexico, the storm will simply upwell colder ocean water to the surface. In able for the system to maintain or gain strength, ocean temperatures need to be over 80 degrees Fahrenheit or roughly 26 degrees Celsius. (Of course, explain that to Hurricane Chris, which formed a week ago under fairly cold waters). With that said, I do not anticipate Debby to develop into a hurricane while it stays stationary off the northeastern coast of the Gulf of Mexico. In fact, I expect the storm to slowly weaken throughout the upcoming days. As if moves east-northeast, the system could push into the Atlantic and travel along the eastern coast of the United States. As it pushes northeast, it is possible for the system to intensify. In fact, the ECMWF, or the European model develops the remnants of Debby to intensify into a strong tropical cyclone and push away from the eastern coast. This is just one model run that has had issues with this storm, and since the steering currents are so weak, there is still a lot of uncertainty on the intensity and track of the storm. The models are getting a better handle of the storm, and I believe the latest update by the NHC accurately portrays the most likely track. However, if it does emerge into the Atlantic Ocean, it could slowly intensify again as it moves away from land. If this occurs, rip currents will be the biggest threat across the eastern coast next weekend. 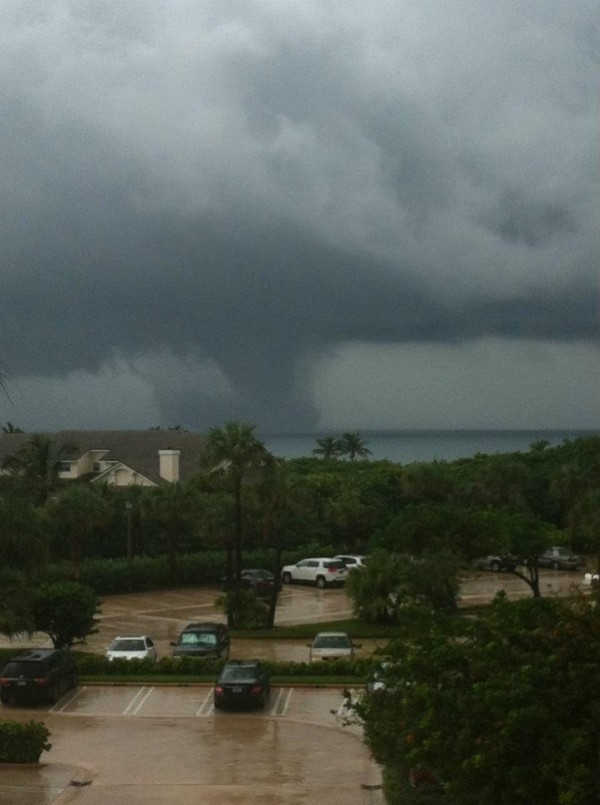 The western portion of Tropical Storm Debby has been lacking throughout the weekend. Dry air and some wind shear has mainly placed all of the showers and thunderstorms to the eastern side of the storm. Most of the strongest storms are occurring throughout central Florida and even as far northeast into southeastern Georgia. Expect tornado watches to be issued throughout the next 24 to 48 hours across Florida as the storms stays to the west of the coast. Until then, storms that produce tornadoes will likely be short-lived and fairly weak. There has already been reports of roof damage and uprooted trees from isolated tornadoes triggered by Debby. In fact, Bay 9 News reported that there were injuries at Pass-a-Grille Marina after apparent tornado moved over the facility. 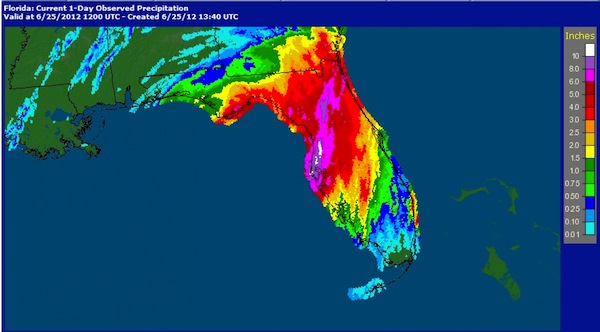 Rainfall totals will be the biggest threat from Tropical Storm Debby. We could easily see 10 to 15 inches of rain over eastern portions of the Florida panhandle and northern Florida with isolated areas seeing nearly 25 inches! 5 to 10 inches are possible over central Florida and southeast Georgia into coastal South Carolina. Rainfall totals have already been very impressive across Florida. Check out these rainfall totals (in inches) from the past 24 hours up to 8am today (8am June 24, 2012 through 8am June 25, 2012):

Here’s a look by the Hydrometeorological Prediction Center for possible rainfall totals for the next five days:

Bottom line: Tropical Storm Debby will slowly drift to the east-northeast and push through Florida towards the end of the week. The main threats will be heavy rain and isolated tornadoes. Afterwards, Debby will push into the Atlantic ocean and travel northeast and should spare the eastern coast. However, rip currents and heavy surf will be expected by next weekend. Debby will likely stay fairly weak with winds around 40-50 mph as it continues to upwell colder waters in the northeastern Gulf of Mexico. Everyone is urged to stay off the waters until the storm passes as rip currents and turbulent waters continue to persist across the region. It is also important to avoid flooded roads and highways. Remember, “Turn around, don’t drown”. Many areas are likely to see at least 10 more inches of rain before the system finally clears out. It should be a nasty weather week for Florida and southeast Georgia.