Did a supernova kill off the megalodon?

A new study suggests that a tsunami of cosmic energy from a supernova killed off large ocean animals – including the huge megalodon shark – 2.6 million years ago. 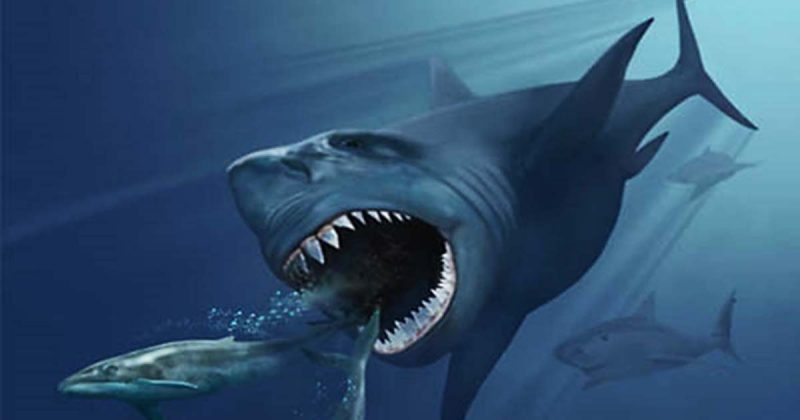 A shower of particles may have spelled curtains for the megalodon, a school-bus-sized shark, 2.6 million years ago. Image via Wikipedia/University of Kansas.

About 2.6 million years ago, an oddly bright light arrived in the prehistoric sky and lingered there for weeks or months. It was a supernova some 150 light-years away from Earth. A new study suggests that, within a few hundred years, well after the supernova had faded from Earth’s sky, a tsunami of cosmic energy from that star explosion reached our planet. The rain of particles pummeled the atmosphere, the researchers say, touching off climate change and triggering mass extinctions of large ocean animals, including the megalodon, a shark species that was the size of a school bus.

The effects of such a supernova — and possibly more than one — on large ocean life are detailed in the study published November 27, 2018, in the journal Astrobiology. Adrian Melott is a professor emeritus of physics and astronomy at the University of Kansas and lead author of the study. Melott said that recent papers revealing ancient seabed deposits of iron-60 isotopes provided the “slam-dunk” evidence of the timing and distance of supernovae. He said:

As far back as the mid-1990s, people said, ‘Hey, look for iron-60. It’s a telltale because there’s no other way for it to get to Earth but from a supernova.’ Because iron-60 is radioactive, if it was formed with the Earth it would be long gone by now. So, it had to have been rained down on us. There’s some debate about whether there was only one supernova really nearby or a whole chain of them. I kind of favor a combo of the two — a big chain with one that was unusually powerful and close. If you look at iron-60 residue, there’s a huge spike 2.6 million years ago, but there’s excess scattered clear back 10 million years. 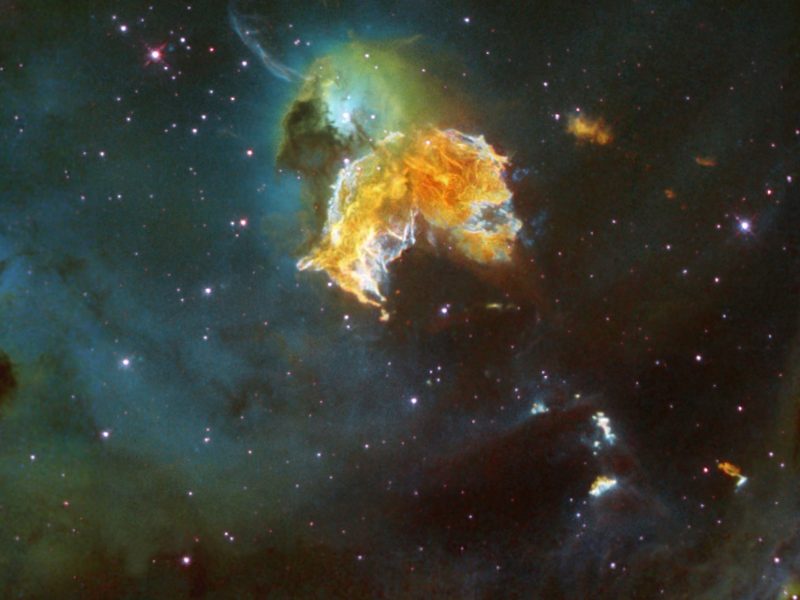 Artist’s concept of a supernova. Image via University of Kansas/NASA.

Whether or not there was one supernova or a series of them, the supernova energy that spread layers of iron-60 all over the world also caused penetrating particles called muons to shower Earth, causing cancers and mutations — especially to larger animals. Melott said:

The best description of a muon would be a very heavy electron — but a muon is a couple hundred times more massive than an electron. They’re very penetrating. Even normally, there are lots of them passing through us. Nearly all of them pass through harmlessly, yet about one-fifth of our radiation dose comes by muons. But when this wave of cosmic rays hits, multiply those muons by a few hundred. Only a small faction of them will interact in any way, but when the number is so large and their energy so high, you get increased mutations and cancer — these would be the main biological effects. We estimated the cancer rate would go up about 50 percent for something the size of a human — and the bigger you are, the worse it is. For an elephant or a whale, the radiation dose goes way up.

According to the researchers, the supernova 2.6 million years ago may be related to a marine extinction – known as the marine megafauna extinction – where an estimated 36 percent of the largest marine animals like sharks, whales, sea birds and sea turtles disappeared. The extinction was concentrated in coastal waters, where larger organisms would have caught a greater radiation dose from the muons. The researchers say damage from muons would extend down hundreds of yards (meters) into ocean waters, becoming less severe at greater depths. They wrote:

High energy muons can reach deeper in the oceans being the more relevant agent of biological damage as depth increases.

Indeed, a famously large and fierce marine animal inhabiting shallower waters may have been doomed by the supernova radiation. Melott said:

One of the extinctions that happened 2.6 million years ago was megalodon. Imagine the great white shark in Jaws, which was enormous — and that’s megalodon, but it was about the size of a school bus. They just disappeared about that time. So, we can speculate it might have something to do with the muons. Basically, the bigger the creature is the bigger the increase in radiation would have been.

There really hasn’t been any good explanation for the marine megafaunal extinction. This could be one.

Bottom line: A new study suggests that particles from a supernova raining onto Earth 2.6 million years ago killed off large ocean animals – including the huge megalodon shark.