Artist’s concept of Earth’s magnetic field, which surrounds and protects our planet, and which sometimes flips. Image via NASA/Peter Reid, University of Edinburgh/astrobio.net.

A research team led by scientists in Taiwan and China announced on August 21, 2018, that Earth’s protective magnetic field has undergone relatively rapid shifts in the past, including one lasting just two centuries. That’s fast in contrast to the thousands of years thought to be needed for a magnetic pole reversal, an event whereby magnetic south becomes magnetic north and vice versa. Such an event might leave Earth with a substantially reduced magnetic field for some unknown period of time, exposing our world to dangerous effects from the sun. If it occurred in today’s world of ubiquitous electric power and global interconnected communications, a reduced magnetic field could cost us trillions of dollars. The peer-reviewed journal Proceedings of the National Academy of Sciences published this new work on August 20.

Co-author Andrew Roberts of Australian National University (ANU) said in a statement that Earth’s magnetic strength could decrease by about 90 percent during a magnetic reversal. He said:

Earth’s magnetic field, which has existed for at least 3.45 billion years, provides a shield from the direct impact of solar radiation.

Even with Earth’s strong magnetic field today, we’re still susceptible to solar storms that can damage our electricity-based society.

Roberts contributed to the study via precise magnetic analysis and radiometric dating of a stalagmite from a cave in southwestern China. Via this study, he and his colleagues added to the known paleomagnetic record from 107,000 to 91,000 years ago. A close look at this 16,000-year-long data set revealed that, during this period, the polarity flipped within only a couple of centuries some 98,000 years ago. Roberts commented:

The record provides important insights into ancient magnetic field behavior, which has turned out to vary much more rapidly than previously thought.

Magnetic pole reversals are natural events, and earthly life has evolved for billions of years with them going on in the background. What’s different today is that humans have developed technologies susceptible to events on the sun. To give you an idea of how powerful the sun is, watch a bit of the video below, showing a July 19, 2012, eruption on the sun. The eruption produced a moderately powerful solar flare, exploding on the sun’s lower right hand limb, sending out light and radiation. It then produced a coronal mass ejection, or CME, which shot off to the right out into space. It’s the CMEs that are so dangerous to earthly technologies.

As do so many discussions of this kind, the ANU statement about the new work harked back to what’s called the Carrington Event of 1859. It’s named for the British astronomer Richard Carrington, who spotted the preceding solar flare. It’s the largest-ever solar super-storm on record (but, remember, our human record doesn’t last very long in contrast to the millions of years of human existence). According to an article in Physics World in 2014:

This massive CME released … the equivalent to 10 billion Hiroshima bombs exploding at the same time. [It] hurled around a trillion kilograms [a million tons] of charged particles towards the Earth at speeds of up to 3,000 km/s [1900 miles/sec]. Its impact on the human population, though, was relatively benign as our electronic infrastructure at the time amounted to no more than about 200,000 kilometers [120,000 miles] of telegraph lines.

The Carrington Event took place long before our vast electric power grids and satellites in orbit. A more recent event – the biggest earthly effect from a solar storm in living memory – happened on March 13, 1989. A storm on the sun that day caused auroras that could be seen as far south as Florida and Texas. It caused some satellites in orbit to lose control temporarily, and – most significantly – it sparked an electrical collapse of the Hydro-Québec power grid, causing a widespread electrical blackout for about nine hours.

And that is the issue. Events on the sun, and their accompanying CMEs, aren’t harmful to earthly life. After all, life on Earth has evolved for billions of years, as occasional solar super-storms took place. But these space weather events are harmful to human technologies, such as satellites and electrical grids.

Boom! A CME lifts off from the sun’s surface to space. This image was obtained in 2001 by the Solar and Heliospheric Observatory (SOHO) and is via ESA and NASA.

Hopefully such an event is a long way in the future and we can develop future technologies to avoid huge damage, where possible, from such events.

I think we can and will! What do you think? 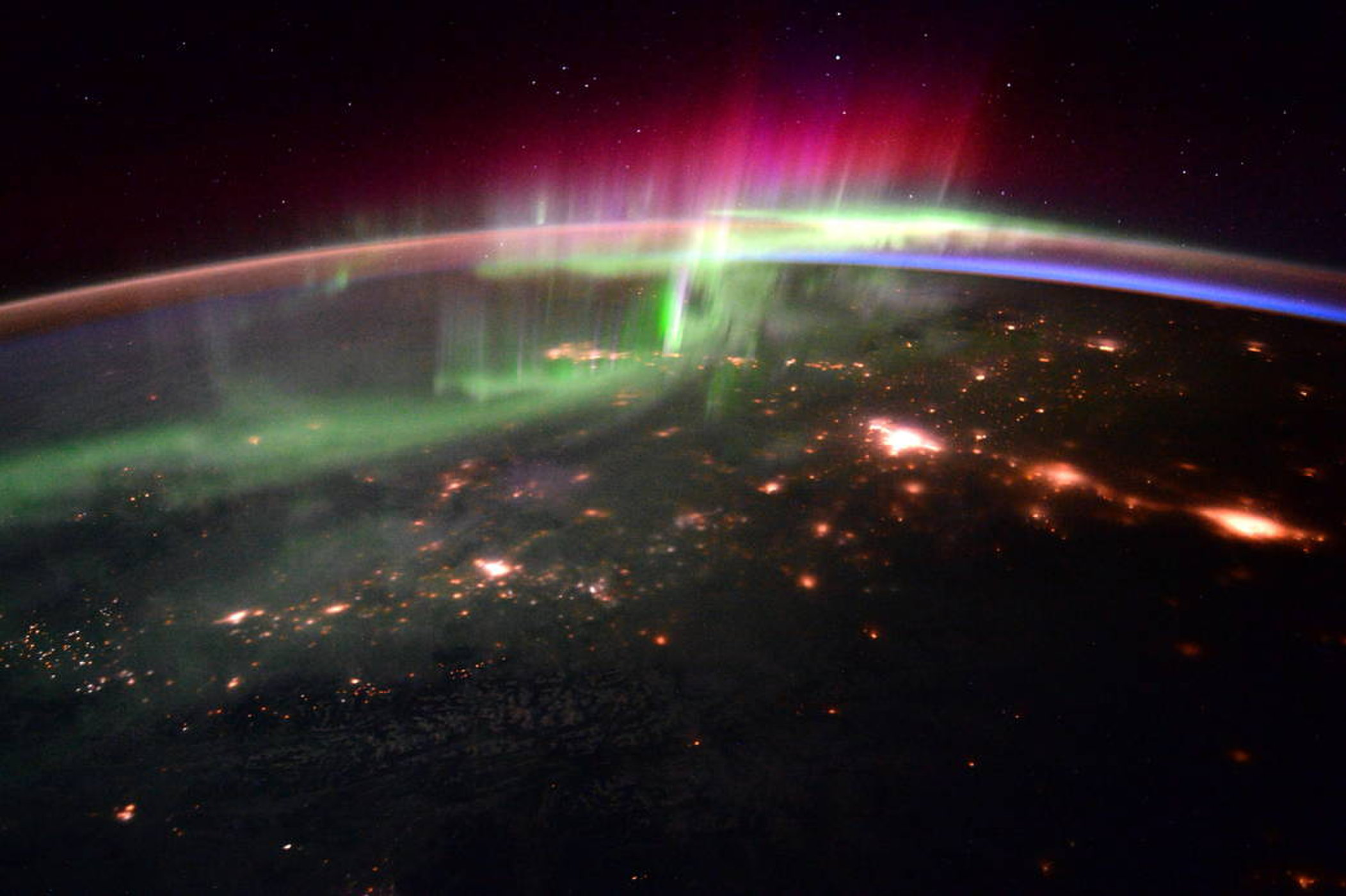 Northern lights (aurora borealis) seen on Earth from orbit. The same events on the sun that cause these beautiful auroras have the potential to damage earthly electrical grids and satellites in orbit. Image via NASA/ESA.

Bottom line: Researchers have learned that magnetic field reversals on Earth can happen on a relatively fast timescale. They have evidence for one that took place over only two centuries. Prior to this work, it was thought that magnetic reversals took thousands of years.