Large increases in endangered sea turtle nests were found at three southeastern U.S. National Wildlife Refuges during the summer of 2013.

Large increases in endangered sea turtle nests were found at three southeastern U.S. National Wildlife Refuges during the summer of 2013. The increases were most dramatic for green turtles, but nests of loggerhead turtles increased as well.

Green sea turtles live in tropical and subtropical waters around the world and they are known for traveling long distances to reach nesting sites on beaches. Once on the beach, a female green turtle will dig a hole in the sand and deposit around 75 to 200 eggs. She then covers the nest with sand and departs, leaving the eggs to incubate. Anywhere from 45 to 75 days later, tiny turtles hatch out of the nest and make their way ocean. Green turtles are capable of living to be up to 80 years old. 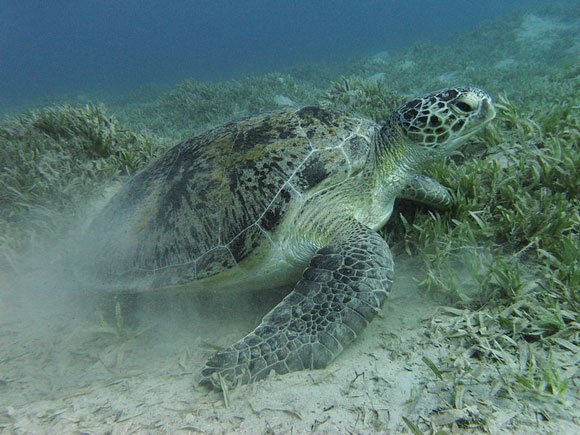 Green sea turtles were afforded protection under the Endangered Species Act in 1978 because factors such as habitat loss, pollution and over harvesting were wreaking havoc on populations. Over the past few decades, several efforts have been launched to protect green turtles. Some of those efforts include making it illegal to harvest turtle meat or eggs, outdoor lighting ordinances to prevent little turtles from becoming disoriented by bright lights on the beach at night, and the installation of turtle excluding devices on nets used for commercial fishing. Additionally, the establishment of wildlife refuges where coastal development is restricted has helped to preserve important nesting grounds. Today, those protective efforts are starting to pay off.

At the Hobe Sound National Wildlife Refuge in Florida, a total of 1,147 green turtle nests were counted in mid-August of 2013. The numbers were through the roof, according to Bill Miller, manager of the refuge. This year’s numbers at Hobe Sound were more than doubled the 2011 record of 543 nests. Also, 10,420 green turtle nests were counted at the Archie Carr National Wildlife Refuge in Florida, which broke the record of 6,023 nests counted in 2011. 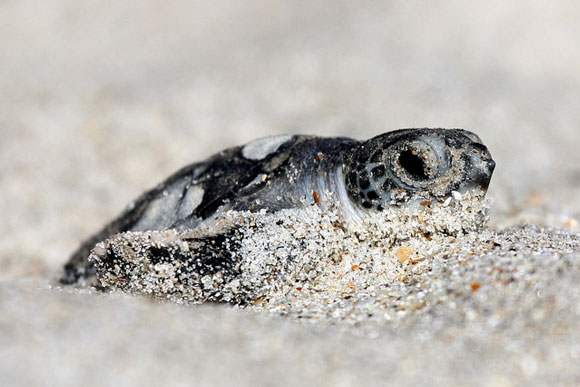 This year’s gains in nesting likely reflect the protective efforts that were put into place several years ago, scientists say. This is because green sea turtles need at least 20 to 30 years to reach sexual maturity. Hence, there can be a long delay before their populations start to recover.

The number of loggerhead sea turtle nests also increased in 2013, but the increase was not as large as that seen for green sea turtles. At the Cape Romain National Wildlife Refuge in South Carolina, loggerheads had built 1,878 nests over the summer, which was 200 more than the previous year and the highest ever on record for that location. 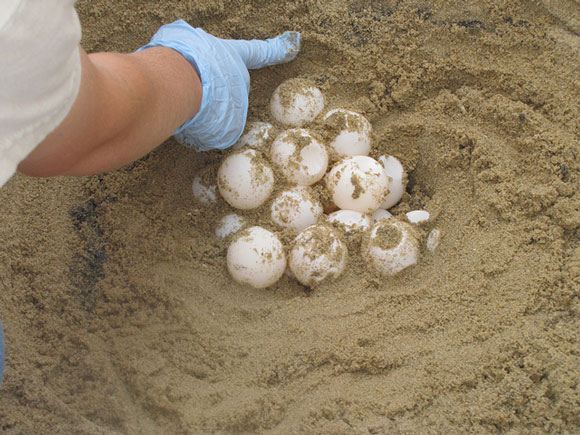 A nest of sea turtle eggs. Image Credit: US Fish and Wildlife Service.

All in all, this is really great news for sea turtles. However, Bill Miller cautioned that sea turtles still face a myriad of threats. He said:

If we don’t do something about ocean debris, loss of habitat to erosion and sea level rise, and the pollution of lagoons and estuaries from runoff, nesting gains will be outweighed by environmental degradations.

Bottom line: Large increases in endangered sea turtle nests were found at three southeastern US National Wildlife Refuges during the summer of 2013. This year’s gains in nesting likely reflect protective efforts that were put into place several years ago, scientists say.

When did the turtle get its shell?