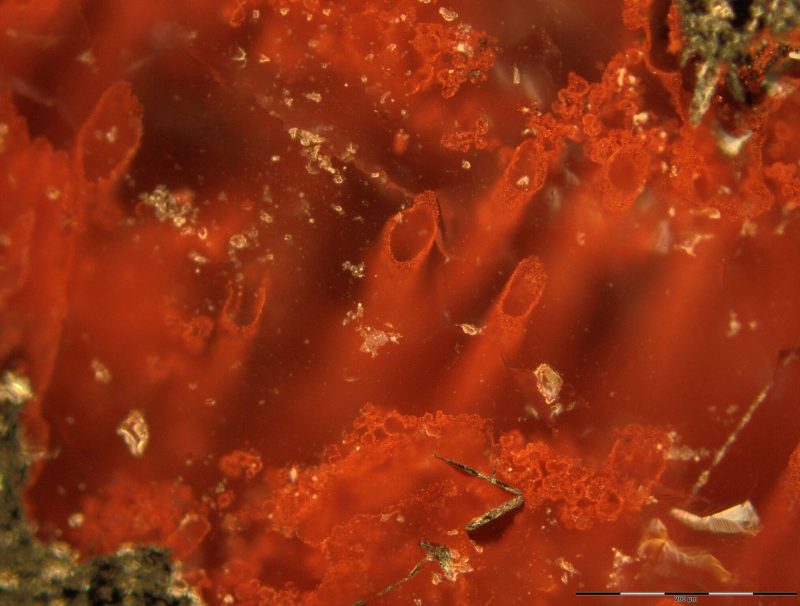 Haematite tubes from the Nuvvuagittuq Supracrustal Belt hydrothermal vent deposits – a place known for its ancient rocks – in Quebec, Canada. Photo by Matthew Dodd, via UCL.

Scientists announced on March 1, 2017 that they’ve identified the remains of 3,770-million-year-old microorganisms, now the oldest known microfossils on Earth. The discovery is in the form of tiny filaments and tubes – formed by bacteria – that lived on iron. They were found encased in quartz layers in what scientists call the Nuvvuagittuq Supracrustal Belt, on the eastern shore of Hudson Bay, in Quebec, Canada. This region was already known to contain some of Earth’s oldest rocks.

The scientists say this part of Canada likely once formed part of an iron-rich deep-sea hydrothermal vent system, which provided a habitat for some of Earth’s first life forms, between 3,770 and 4,300 million years ago.

Their work is published March 1 in the peer-reviewed journal Nature. First author is Matthew Dodd, a PhD student at UCL Earth Sciences and the London Centre for Nanotechnology. He said in a statement: 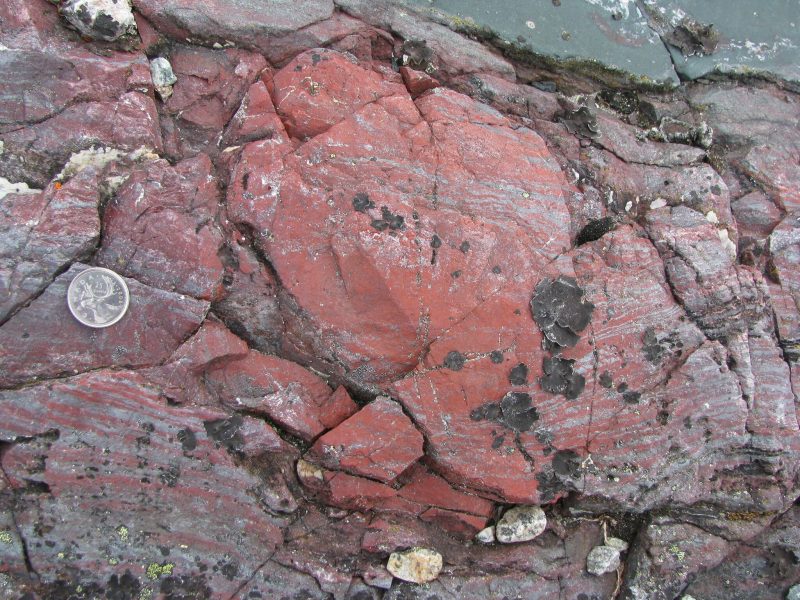 Prior to this discovery, the oldest microfossils were reportedly found in Western Australia and dated at 3,460 million years. But not all scientists agreed the earlier discovery was indicative of life; instead, some believed it was related to non-biological artifacts in the rocks.

That’s why the UCL-led team made it a priority to determine whether the remains from Canada had biological origins. They ultimately accomplished this by identifying structures in the mineralized fossils associated with putrefaction, an end-of-life process.

These discoveries demonstrate life developed on Earth at a time when Mars and Earth had liquid water at their surfaces, posing exciting questions for extra-terrestrial life. Therefore, we expect to find evidence for past life on Mars 4,000 million years ago, or if not, Earth may have been a special exception.

Bottom line: An international team of scientists announced on March 1, 2017 that it has identified the remains of 3,770-million-year-old microorganisms, now the oldest known microfossils on Earth, in Quebec, Canada.