Tropical Storm Ophelia is weakening in the Atlantic, and Hurricane Hilary is a powerful Category 4 hurricane in the eastern Pacific ocean.

The tropics have remained fairly quiet, especially in comparison to other Septembers – typically the most active month for the Atlantic hurricane season. As of now, the only system we are currently watching is Tropical Storm Ophelia.  Ophelia, the 15th named storm of the 2011 Atlantic hurricane season, currently has sustained winds of 40 miles per hour, and is currently weakening because of strong wind shear and dry air battering the system’s core.  As of now, Ophelia’s convection – that is, thunderstorms – are located to the east of the system. Conditions will remain unfavorable as the storm pushes quickly to the west.

As you can see, the storm is forecast to push to the north and possibly affect Bermuda.  Ophelia will not pose a threat to the United States, because a series of troughs, or extended areas of low pressure, will influence Ophelia’s track to push away from the United States coast.  Ophelia should become a depression later tonight, and will not gain any strength for the next three to five days.  I would not be surprised if this system completely dissipates or weakens into a tropical wave.  Only time will tell. 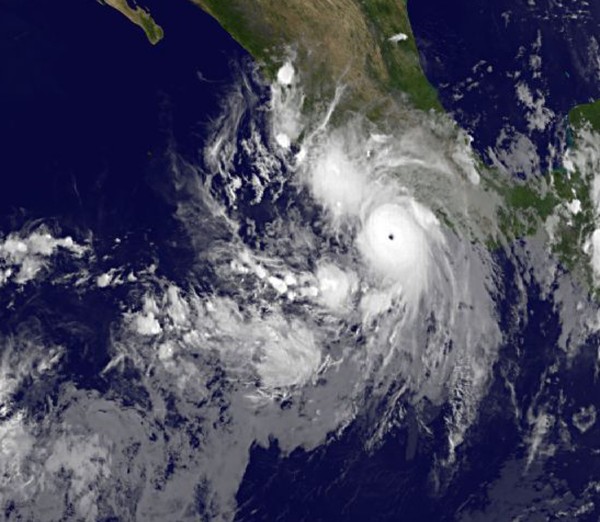 The big news is major hurricane Hilary out in the eastern Pacific ocean. Hilary intensified into a major hurricane (Category 4) with sustained winds of 145 mph and a pressure of 944 millibars. Satellite imagery shows a defined eyewall and a very organized system.

For now, Hilary will not affect anyone as the storm spins over open waters.  Here’s the forecast track:

There is a chance that Hilary could affect parts of Mexico, but it will be at least a week before any impact can be felt.

For now, the tropics remain quiet, but there are signs the Atlantic could ramp up in the western Caribbean by early October.  Until then, nothing will impact the United States.

Summary:  Tropical Storm Ophelia is weakening in the Atlantic, and Hurricane Hilary is a powerful Category 4 hurricane in the eastern Pacific.  Neither of these storms will impact land areas this weekend. Aside from these two storms, the tropics remain quiet … for now.