I’m not a fan of long-term weather projections. But all of the signs that typically make an Atlantic season active are present in 2013.

On average, the Atlantic hurricane season features 12 named storms, 6 hurricanes, and 1-3 major hurricanes. The National Oceanic and Atmospheric Administration (NOAA) – which among other things warns of dangerous weather and coastal conditions – along with Colorado State, believes that the 2013 Atlantic hurricane season could be extremely active. NOAA released its new hurricane outlook for 2013 on May 22, 2013. NOAA is projecting 13 to 20 named storms, 7 to 11 hurricanes, with possibly 3 to 6 of those hurricanes becoming a Category 3 storm or higher. The hurricane outlooks for each year are not always accurate, but all of the signs that typically make an Atlantic season active are present in 2013. 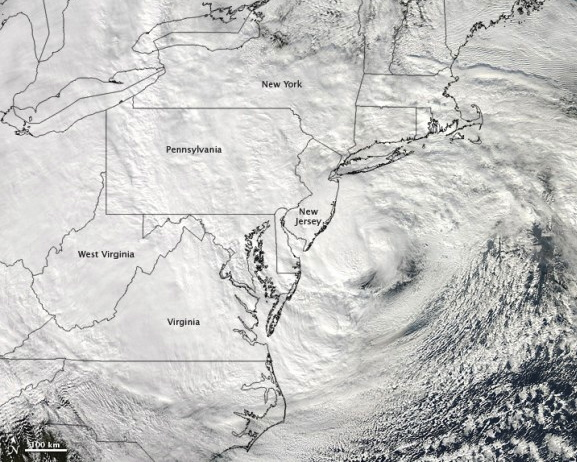 Satellite image of Sandy shortly before landfall on October 29, 2012. Image via NASA/GSFC Hurricanes vary in size and intensity, but – while typical systems are roughly 200 to 400 miles across – Hurricane Sandy spread tropical storm winds over 900 miles.

In its hurricane outlook for this year, NOAA states three main conditions pointing to 2013 as a potentially very active hurricane season:

1) We are in a 30-year cycle of increased Atlantic hurricane activity thanks to a continuation of the current atmospheric climate pattern, which includes a strong west African monsoon.

2) Sea surface temperatures are above average all across the Atlantic, especially in the Caribbean Sea and in the southern portion of the Northern Atlantic ocean.

3) The El Niño-Southern Oscillation, also called the ENSO, is expected to be neutral for this 2013 season. In other words, an El Niño is very unlikely to develop to help limit and slow down tropical activity in the Atlantic Ocean. 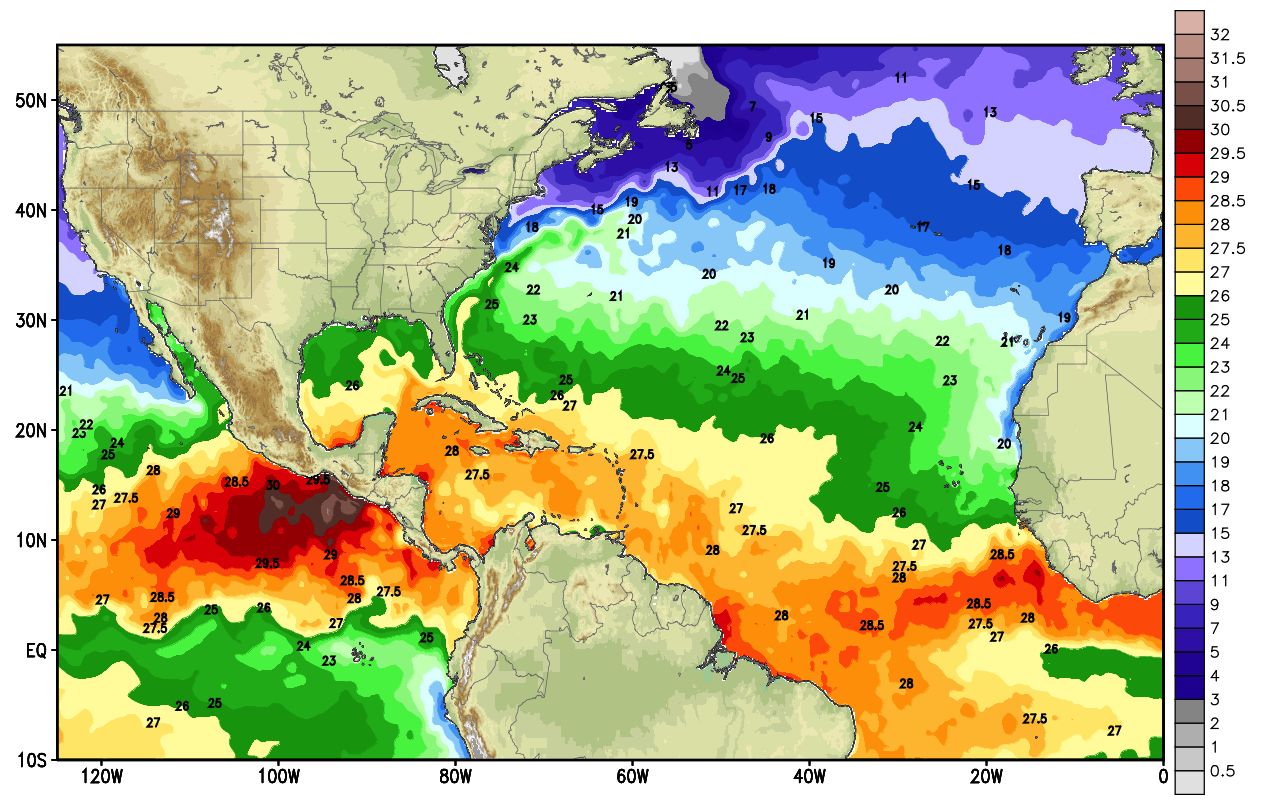 View larger. | Current sea surface temperature as of May 24, 2013 in degrees Celsius. Image via Weatherbell.

The image above points to reason #2, illustrating the current sea surface temperatures in the Atlantic Ocean. Temperatures over 27 degrees Celsius or 80 degrees Fahrenheit create the ideal environment for tropical systems to develop and grow.

The next image shows the sea surface temperature anomalies across the Atlantic Ocean. It practically shows regions that are much warmer than they would typically be at this time of the year. The areas that stand out among any other locations is across the U.S. Northeast coast and across the central and eastern Atlantic ocean where temperatures are two to four degrees Celsius above average. 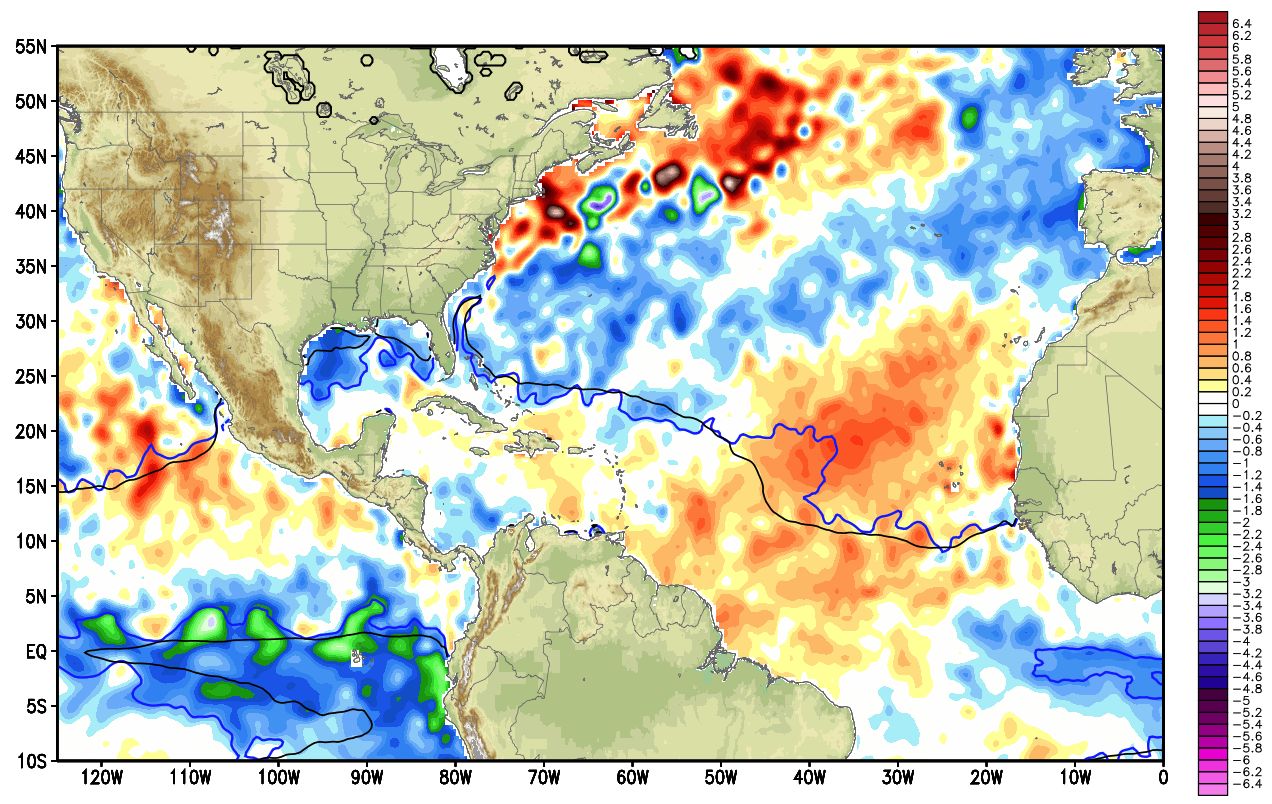 Personally, I am not a fan of long-term weather projections. Weather can change quickly over time and create weather forecast busts.

Also, do you recall that the 2012 hurricane season was also very active? Could you name more than three storms that formed last year? I would guess many people could not answer these two questions The only name likely to come to mind is Hurricane Sandy. Why? Because people remember the storms that impact land, but have a tendency to ignore storms that stay out in the middle of the ocean, never affecting anyone.

It only takes one storm to make an entire season memorably bad.

With the devastation of Sandy fresh in our minds, and another active season predicted, everyone at NOAA is committed to providing life-saving forecasts in the face of these storms and ensuring that Americans are prepared and ready ahead of time. As we saw first-hand with Sandy, it’s important to remember that tropical storm and hurricane impacts are not limited to the coastline. Strong winds, torrential rain, flooding, and tornadoes often threaten inland areas far from where the storm first makes landfall. 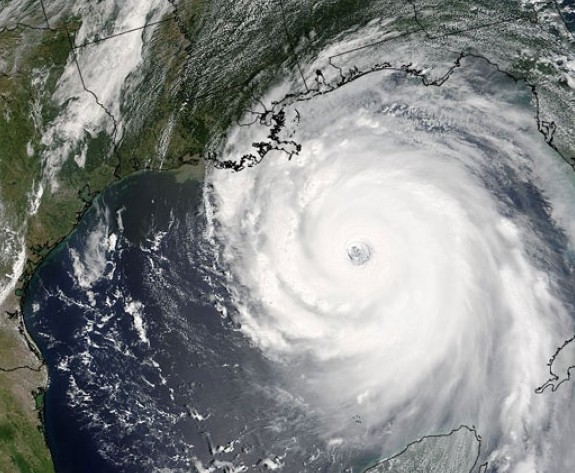 NOAA soon will have more tools to provide even better forecasts for those who live along coasts. For instance, they will bring online a new supercomputer that will run an upgraded Hurricane Weather Research and Forecasting (HWRF) model that allow meteorologists to look at the structure and better forecast the storm intensity and storm surge from that particular storm. Also, Doppler radar will be added to NOAA’s Hurricane Hunter Aircraft. Adding radar will give the meteorologists the opportunity to see the intensity of the rain bands within the system and be able to put that data into their weather models. Once that data is in the model runs, the models will likely become even better at accurately forecasting the track and perhaps intensity of the storm.

Bottom line: NOAA is forecasting a very active season in 2013, with 13-20 named storms, 7 to 11 hurricanes, and possibly 3 to 6 major hurricanes. This upcoming week is a good time to go over your hurricane plans if you live along the coast. You never know when that one storm can hit. Tropical systems can bring about storm surge, flooding, strong winds, and even tornadoes. Having an evacuation plan now will help you out later down the road, especially if a hurricane is forecast to hit your area.