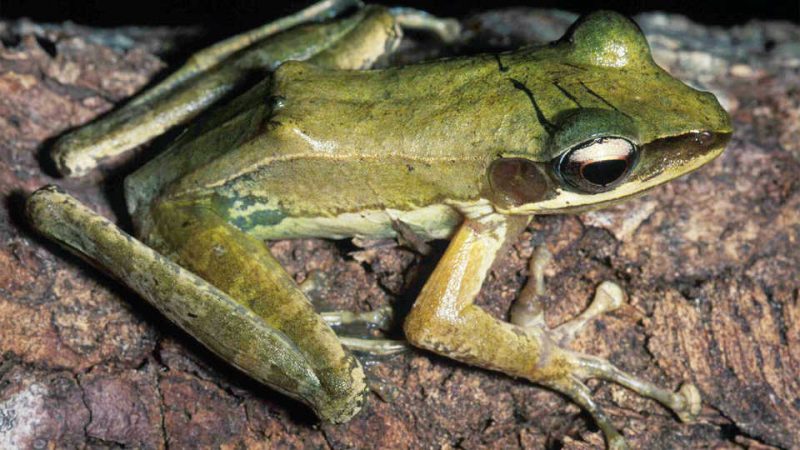 A new stream-dwelling frog from the Philippines. Via Calacademy.

More than a dozen scientists at the California Academy of Sciences along with several dozen international collaborators described the new species discoveries.

The scientists made their finds over five continents and three oceans—venturing into river-carved canyons, diving to extreme ocean depths, and scouring misty forests. Shannon Bennett, Academy Chief of Science, said in a statement:

Biodiversity scientists estimate that less than 10 percent of species on Earth have been discovered. Academy scientists tirelessly explore near and far, from the familiar forests in our backyards to remote locations as deep as 500 feet beneath the ocean surface. Each species discovery may hold the key to groundbreaking innovations in science, technology, or society and helps us better understand the diversity of life that makes up thriving ecosystems. These new discoveries also highlight the critical role we play as stewards of our one, precious planet.

Here are a few highlights from the 229 new species described by the Academy in 2018. 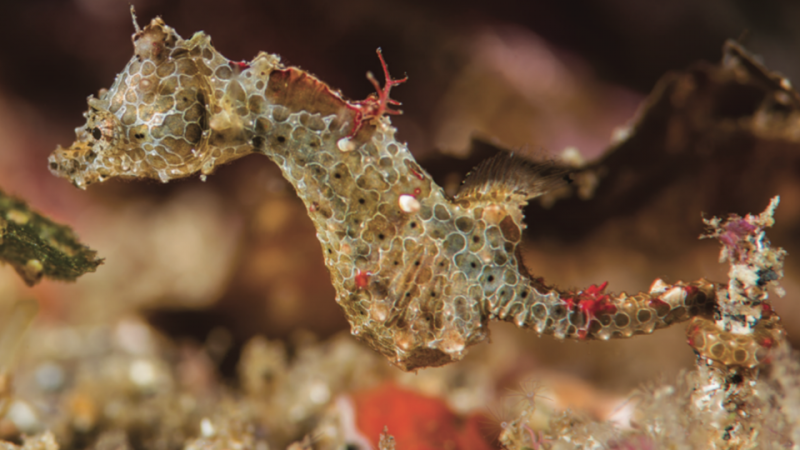 The “Japan pig” seahorse is the size of a jelly bean. Cryptic in coloration, the new species blends perfectly into the algae-covered reefs of southeastern Japan where it clings tightly via tail to soft corals, feeding on plankton passersby. It sports a pair of wing-like protrusions on its neck, but unlike the half dozen other pygmy seahorses in the world, the Japan pig has just one pair rather than two. The function of these wing-like structures remains a mystery. Image via Calacademy.

Along the Samana Norte River in the Colombian Andes, where canyon walls angle so steeply to the water that humans rarely frequent the region, a flowering plant produces sky-blue berries each year. This new-to-science species thrives near fast-moving rivers that experience frequent flooding. How the plant is pollinated and its fruit dispersed remains a mystery, but the discoverers suspect the mature berry, which is spongy, might drop into the water, float downriver, and lodge into a new rocky crevice to sprout a new plant. The plant is already endangered given its small, fragmented range. A proposed hydroelectric dam also threatens to flood the region and fully submerge one of the few localities where this species grows. Image via Calacademy/ 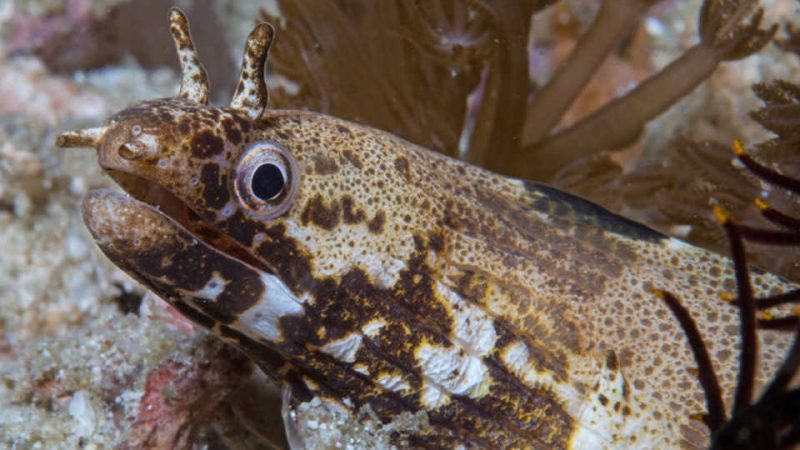 A new species of moray eel from Indonesia. Nearly 1,500 feet (460 meters) beneath the ocean’s surface off Myanmar, a new species of snake eel lurks, burrowing tail-first into the muddy bottom. Here it lives completely submerged, and also shrouded in mystery. The new species – Ophichthus naga– was named after a Buddhist deity – a seagoing, dragon-like serpent with great powers. Another snake eel and two other moray eels also join the tree of life this year. Via Calacademy. 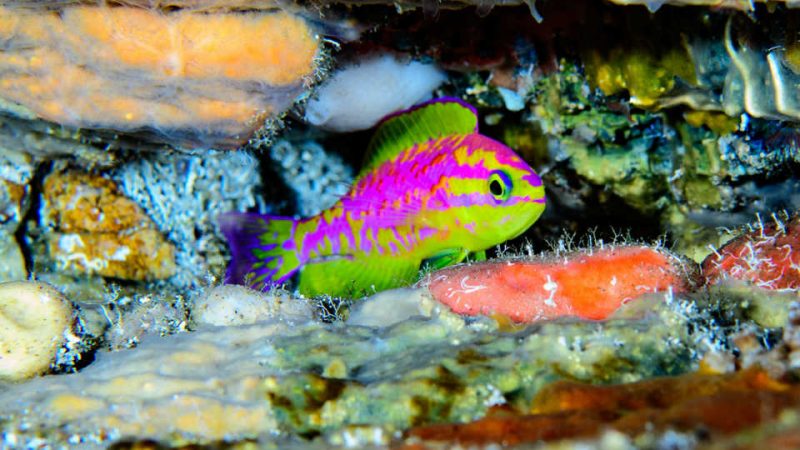 Deep beneath the waters of a remote Brazilian archipelago, a team of deep-diving scientists discovered a fish so dazzling that they didn’t notice a massive sixgill shark hovering above them in an exciting moment captured on camera. The researchers named the dazzling fish after the Greek goddess of beauty, Aphrodite. Tosanoides aphrodite joins 18 other new fish species, including another deep-dwelling fish from Easter Island, new gobies and damselfish from the Western Pacific, and several new reef fish from the Eastern Atlantic. Image via Calacademy. 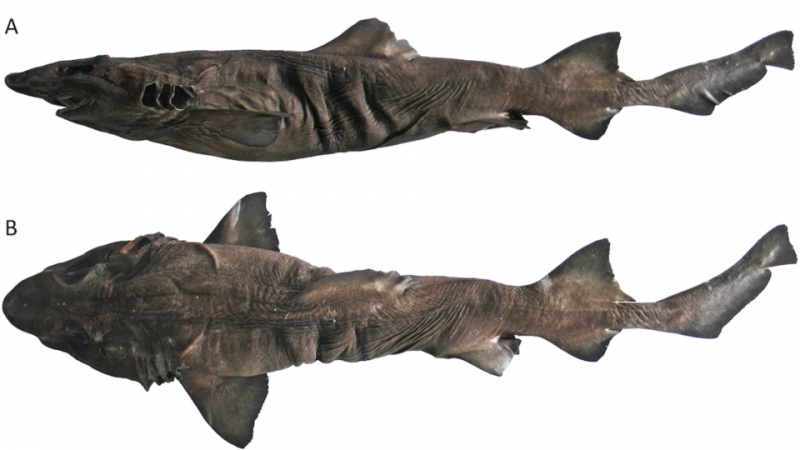 This year brings 3 new species of deep-dwelling sharks to light, including a dwarf false catshark that swims over 3,000 feet (915 meters) beneath the ocean surface. Local fishermen frequently catch and release the deep-dwelling shark when commercially fishing for gulper sharks. Although of little value at the local fish market, Planonasus indicus is invaluable to science. Image via Calacademy. 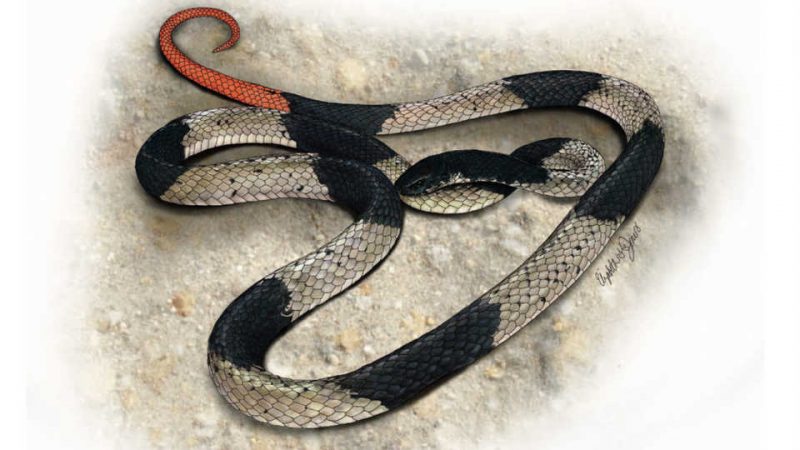 A black-and-white banded, long-glanded coralsnake surprised researchers when they spotted it over 10 years ago on Dinagat Island in the southeastern Philippines. The new species, formally described this year as Calliophis salitan, has a bright-orange tail unlike its blue-tailed relatives that inhabit the region. The newcomer, which belongs to a group of venomous Asian coralsnakes, is only found in the Philippines. Image via Calacademy. 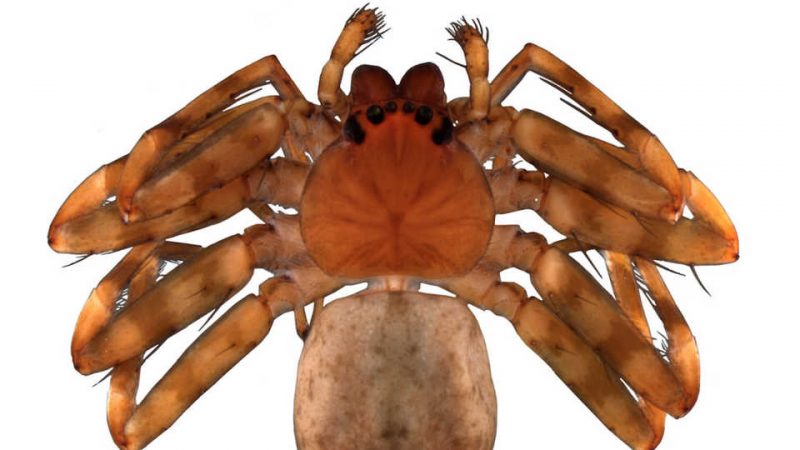 Spiders with the fastest spin on Earth! Spiders from the Selenopidae family were recently discovered to have the fastest leg-driven turn of any animal on the planet. This year, 3 new species join the fast-spinning group, including one from Egypt. This species was originally collected in the 1800s but only recently recognized as new to science when a team of sicnetists discovered it deep in the collection of the Oxford Museum. Image via Calacademy.

Via California Academy of Science