Mount Hekla is Iceland’s 3rd most active volcano. A large eruption in 1104 earned it the moniker Gateway to Hell. Is Mount Hekla overdue for another eruption? 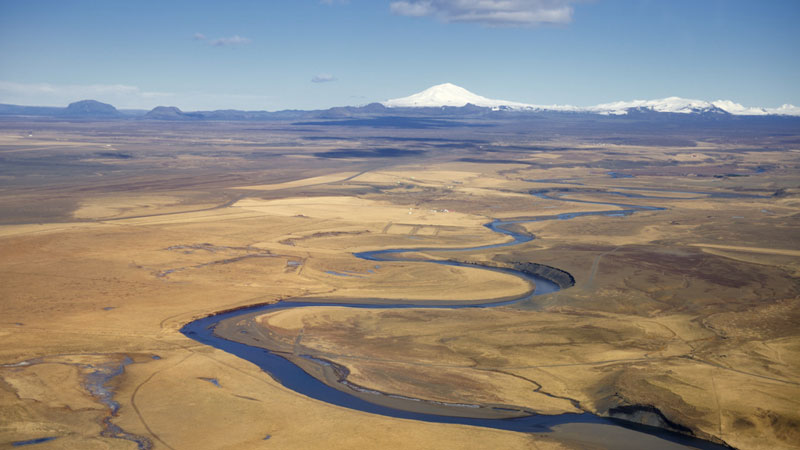 The ice-covered volcano in the distance is Mount Hekla in Iceland today. Image via Ulrich Latzenhofer.

Volcanoes can be really scary. After all, they spew out fiery lava, searing ash, and toxic gas. Take Mount Hekla, for example, which is a 4,891-foot-tall (1,491-meter-tall) stratovolcano located in Iceland. In addition to the above hazards, giant lava bombs weighing nearly 12 tons have been found in the surrounding region and its fluorine-rich deposits are poisonous to sheep and other animals. So it wasn’t surprising that, following a very large eruption in the year 1104, Mount Hekla became known as the Gateway to Hell.

According to a nice writeup in IceNews, one of the earliest references to Hekla’s ferocity can be found in a 12th century poem written by monk Benedeit about the voyages of Saint Brendan. In it, he refers to Hekla as the “eternal prison of Judas.”

In the 16th century, Caspar Peucer of Germany wrote that the Gates of Hell were located in “the bottomless abyss of Hekla Fell.”

Birds flying around Hekla were once thought to be lost souls, and witches were thought to gather at the volcano on Easter.

Clearly, Hekla is not the Gateway to Hell, but it is a dangerous volcano that some people think might be overdue for an eruption. 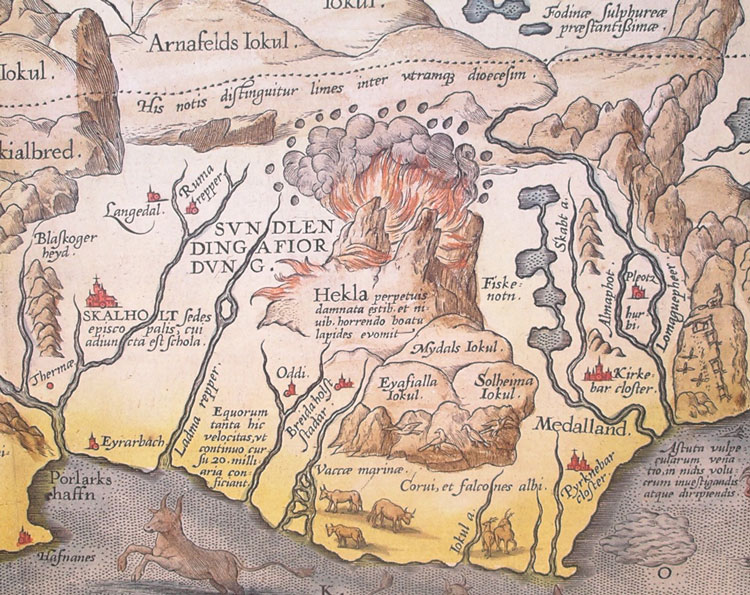 Hekla has erupted more than 20 times over the past 1,000 years. It’s Iceland’s third most active volcano. In recent years, the volcano has erupted at a frequency of approximately once every decade. The latest eruptions occurred in 1970, 1980–1981, 1991, and 2000. Thus, 16 years have passed since the volcano last erupted. However, prior to 1970, longer periods of quiescence were not uncommon.

The Icelandic Met Office monitors activity at the volcano with a network of sensors and posts notices of any eruptions and unusual seismic activity. Heightened seismic activity is often a sign that magma is moving within the volcano’s magma chamber, and it can give scientists an advanced warning of an imminent eruption.

The early 1104 eruption at Hekla is estimated to have been a 5 on the scale of the Volcanic Explosivity Index (VEI), which ranks eruptions based on the amount of material that they eject. For comparative purposes, the 1980 eruption at Mount St. Helens was also a 5 on the VEI.

On Earth, eruptions of that magnitude tend to occur once every 10 to 100 years.

Bottom line: Mount Hekla is one of Iceland’s most active volcanoes. A very large eruption in the year 1104 earned it the title “Gateway to Hell.” In recent years, the volcano has erupted at a frequency of approximately once every decade. Since it has been 16 years since it last erupted, some people think that an eruption at Hekla is now overdue.