Typhoon Haiyan is about to hit Vietnam and China. Meanwhile, another disturbance could affect the Philippines by the middle of the week. Not good!

The big story over the past week has been Super Typhoon Haiyan as it pushed into the Philippines on November 8. At this time, reports indicate that more than 1,200 people have died from this storm, with some media pushing that number as high as 10,000. It’s has been hard to get accurate reporting from affected areas in the Philippines, but by all initial reports the devastation from Haiyan was extreme. Haiyan is still around, and it is currently making landfall across Vietnam and will push into China later today. Fortunately, Haiyan is a much weaker storm as it has pushed over cooler ocean waters and into an environment not favorable for strengthening the storm. However, Haiyan will still produce heavy rains, gusty winds, and flash flooding as it pushes off to the north.

According to the latest advisory, Haiyan is currently a much weaker storm with sustained winds of 75 knots, or around 85 mph. The storm is expected to push to the north and weaken as it interacts with land. The biggest issues that have come with Haiyan are the heavy rains, flash flooding, and 50-60 mph winds. There is no doubt we’ll have more problems in Vietnam as the storm continues to push to the north-northwest. 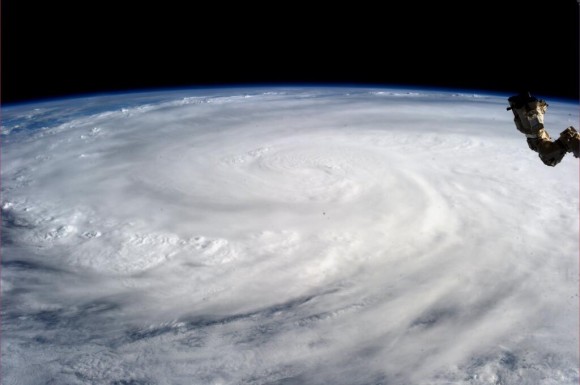 Meanwhile, as the Philippines continue to find survivors and bring aid to areas devastated by Super Typhoon Haiyan, another disturbance, now classified as a tropical depression, is trying to organize to their southeast. Right now, it is not expected to develop into a typhoon, but it could become a tropical storm and possibly affect the same areas that were hit by Haiyan. Even if this system does not organize, it will bring heavy rains and gusty winds across the south/central portions of the Philippines in the next 24-48 hours. The area is extremely vulnerable to minor systems now, and this system off to their southeast is not something they need at this moment As of now, I am getting more concerned about potential diseases that could spread across the Philippines. 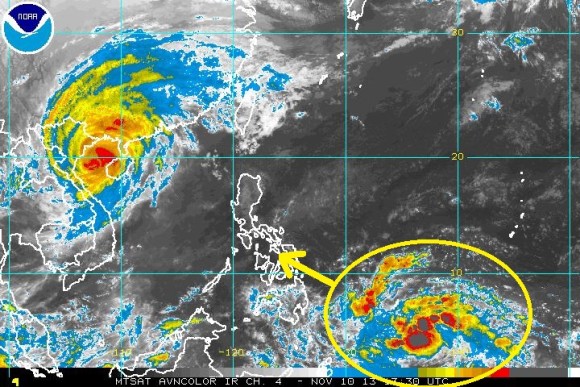 Could another tropical system affect the Philippines by the middle of next week? Possibly. Image Credit: NOAA

Bottom line: Typhoon Haiyan is still kicking, and it is pushing into Vietnam and China today. The storm is much weaker, but it still brings heavy rain, flooding, and storm surge. While evacuations have taken place across Vietnam, there are still many vulnerable areas that could see major problems as the storm pushes to the north. Meanwhile, another system will push into the Philippines within the next 24-48 hours and disrupt the recovery efforts taking place after Super Typhoon Haiyan destroyed so many areas.