On June 16, 2014, a severe weather outbreak occurred across parts of the U.S. Midwest. Damaging winds, large hail, and tornadoes developed in the evening hours and produced over 400 storm reports. The conditions were favorable for strong tornadoes, which are typically classified as EF-2 or stronger. Footage of twin tornadoes appeared both on television and through social media. The city of Pilger, Nebraska was hit the hardest as tornadoes ripped through the city. It injured over 15 people and killed one person. Governor Dave Heineman declared a state of emergency as tornadoes hit multiple counties in the state of Nebraska. The images and video taken yesterday is simply scary and amazing to look at the same time. 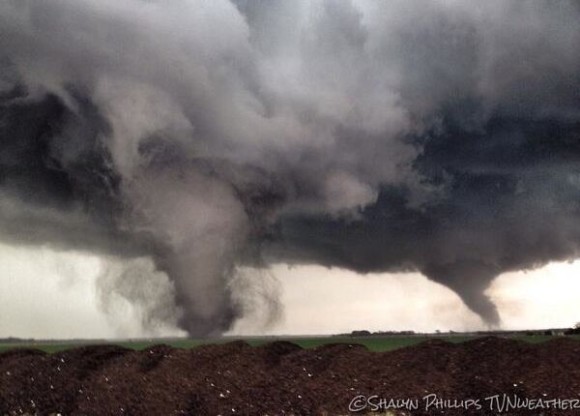 Tornadoes near Pilger, Nebraska on June 16, 2014 via Shalyn Phillips (@ShayJo13 on Twitter)

Check out the incredible video below, recorded in Pilger, Nebraska by Greg Johnson. You can see the massive tornado rip entire roofs off homes, sending debris up in the air. Towards the end of the video, you can see an impressive lightning strike occur while the tornado remained on the ground. Simply amazing footage!

StormChasingVideo shared the frightening footage below of two massive tornadoes on the ground. Driving into the middle of these tornadoes is a horrible idea, and the chasers in this footage were very lucky to be safe and out of harm’s way.

CNN was showing live coverage, below, as the two massive tornadoes were on the ground in Nebraska. The footage has Meteorologist Chad Myers explaining the situation as it was being aired live on TV. 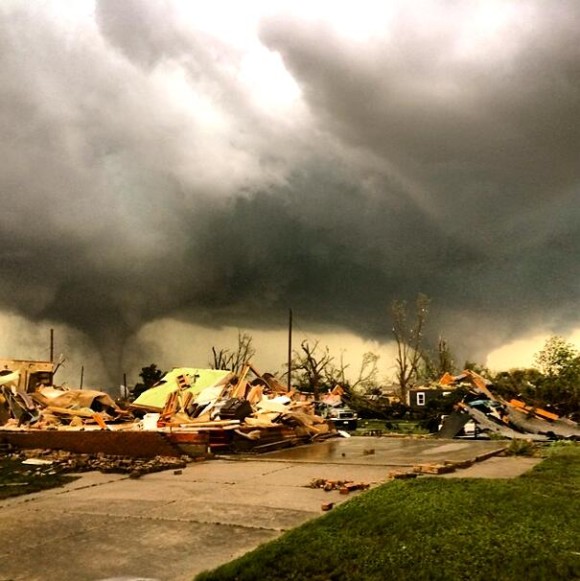 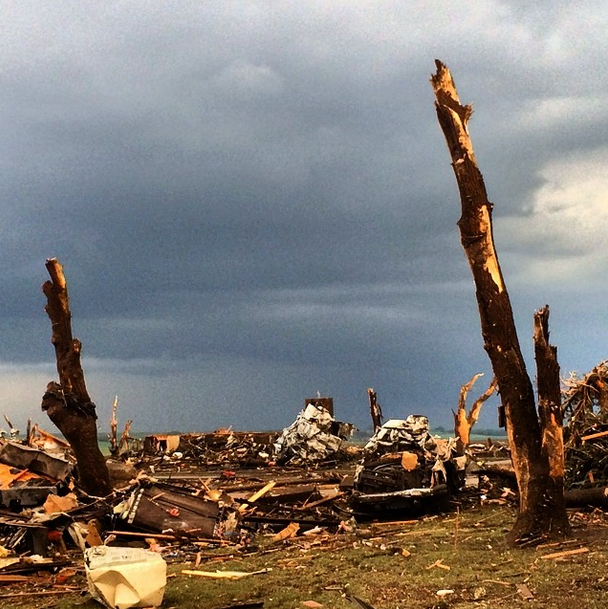 Destruction was left behind in the city of Pilger, Nebraska. Image Credit: Storm Invictus

The radar imagery from this one supercell was incredible to look at. The tornado signature was prominent feature on reflectivity (debris ball), radial velocity (strong couplet), and through Correlation Coefficient (blue colors indicating lofted debris in the air). At one point, you could see two separate couplets indicating two tornadoes on the ground. It is extremely rare to see two tornadoes on the ground at the same time. Usually when this happens, at least one of the tornadoes are typically smaller and weaker than the dominant tornado. In the case yesterday, both tornadoes were large and violent. The National Weather Service has yet to determine the intensity of the tornadoes that tore through Pilger, Nebraska. However, based off the images we saw out of the area, it is likely the tornado was rated an EF-3 or stronger with winds greater than 138 miles per hour. The NWS in various offices in the Midwest will survey the damage later today. 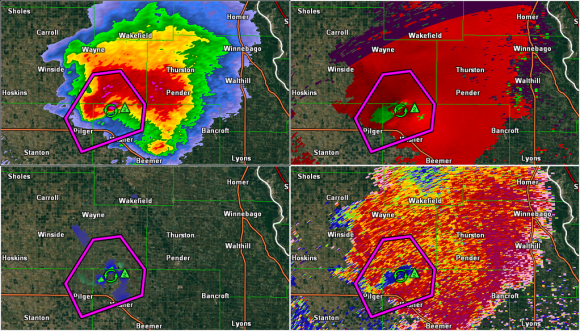 Bottom line: Severe storms pushed through parts of the Midwest on Monday, June 16, 2014. A pair of large tornadoes struck eastern Nebraska in the town of Pilger, Nebraska. This one storm is responsible for injuring nearly two dozen people and killing one person as the tornadoes raked through the land. However, several other injuries and damage was reported from Minnesota and as far east as Wisconsin.