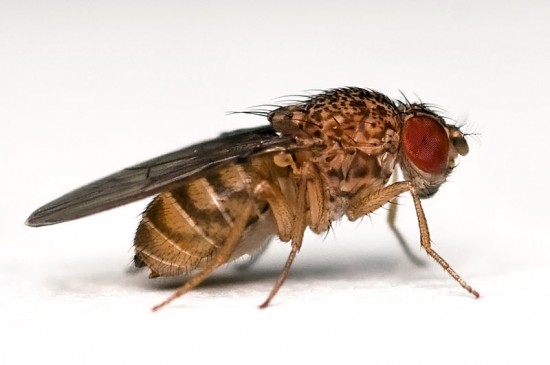 Does this fruit fly look rejected? Image via Wikipedia.

Scientists at the University of California, San Francisco (UCSF) conducted this study, which they saymight have implications for human addiction. These scientists discovered that a molecule in the fly’s brain – called neuropeptide F – governs the behavior of sexually deprived male fruit flies. That is, as the levels of the molecule change in their brains, the flies’ behavior changes as well.

Human brains have a similar human molecule – called neuropeptide Y – that might likewise connect social triggers to behaviors like excessive drinking and drug abuse. These scientists say that adjusting the levels of neuropeptide Y in people might alter their addictive behavior. The UCSF team tried this in the fruit flies and observed this result.

Read more about this study at Physorg.com