The researchers found that land use changes in some cases amplified climate warming, while in other cases masked warming effects.

You’ve probably heard by now that temperature extremes – heat waves and cold spells such as those we’ve experienced in recent months in North America, Europe and Asia – are likely to occur more frequently as Earth climate warms. A study published in the March 2012 issue of Journal of Geophysical Research-Atmospheres suggests that land use change also has a big impact on extreme temperature events. 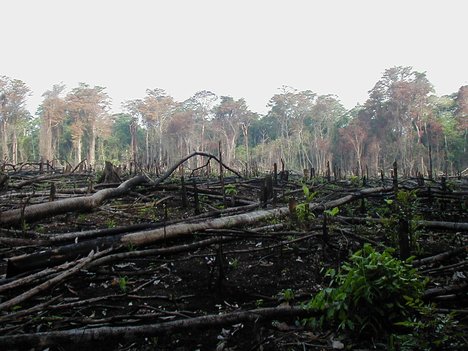 F. B. Avila of the Climate Change Research Center, University of New South Wales in Sydney, Australia was lead author on the paper that contrasted the effect of climate warming to the effect of land use change – such as clearing forests for agriculture – to determine the relative contribution of the two effects. His team ran simulations using a climate model coupled to a sophisticated land surface model.

These authors concluded that land use changes are a major source of human influence on the climate.

Bottom line: Land use changes contribute to temperature extremes, according to an Australian study. Sometimes, land use changes amplify the effects of climate warming, and sometimes they mask warming.