Joseph Pawlik on sponge overgrowth in the Caribbean

More than half of what used to be coral reefs are now covered with sponges and algae.

In early November 2011, North Carolina biologist Joseph Pawlik published a study in the scientific journal BioScience that summarized nearly 20 years of research on coral reefs in the Caribbean. He spoke with EarthSky’s Beth Lebwohl:

Coral reefs are among the among the most biodiverse habitats in the world. They’re equivalent to tropical rainforests in terms of the species diversity that’s found on the reefs. And all of the value that’s placed on biodiversity in terrestrial systems is true for coral reefs as well. 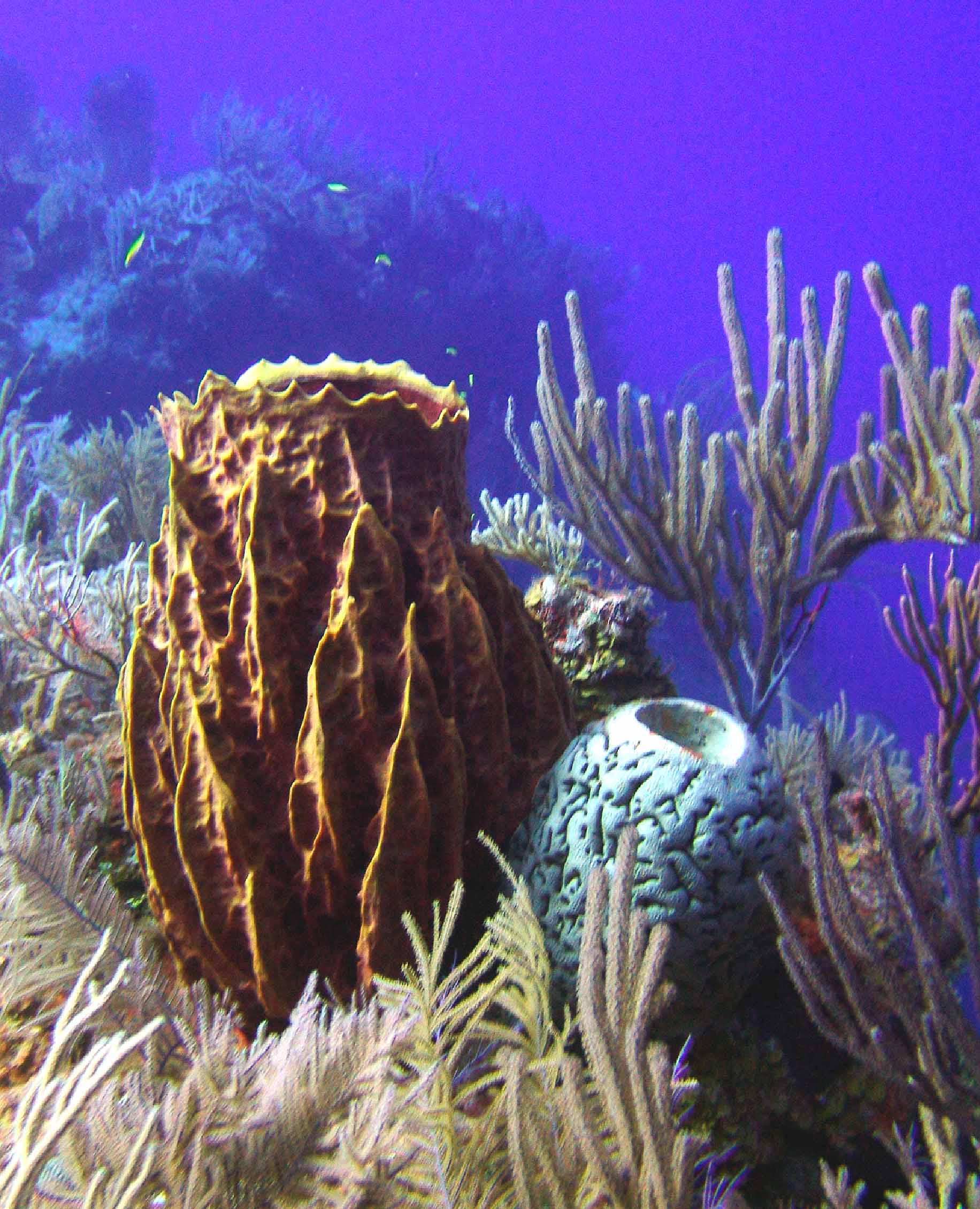 Pawlik has been studying coral reefs for two decades. He’s found that a combination of factors – global warming, pollution, disease, overfishing –are changing the balance of life on the reefs. Throughout the waters of the Caribbean, he said, organisms called sponges are beginning to crowd out corals. Sponges are built, well…a little like your kitchen sponge. They’re soft. Unlike corals, they don’t have a calcium-based “skeleton”

The net effect is that if sponges take over the reef, even though they’re long lived, they don’t build the reef. The corals build the reef. The sponges are large, they’re massive, they provide habitat, but they don’t secrete calcium carbonate. The reefs will essentially reduced to flat plains and, coupled with the rise in sea level, we’re talking about a loss of reefs that, essentially, protect shore lines. 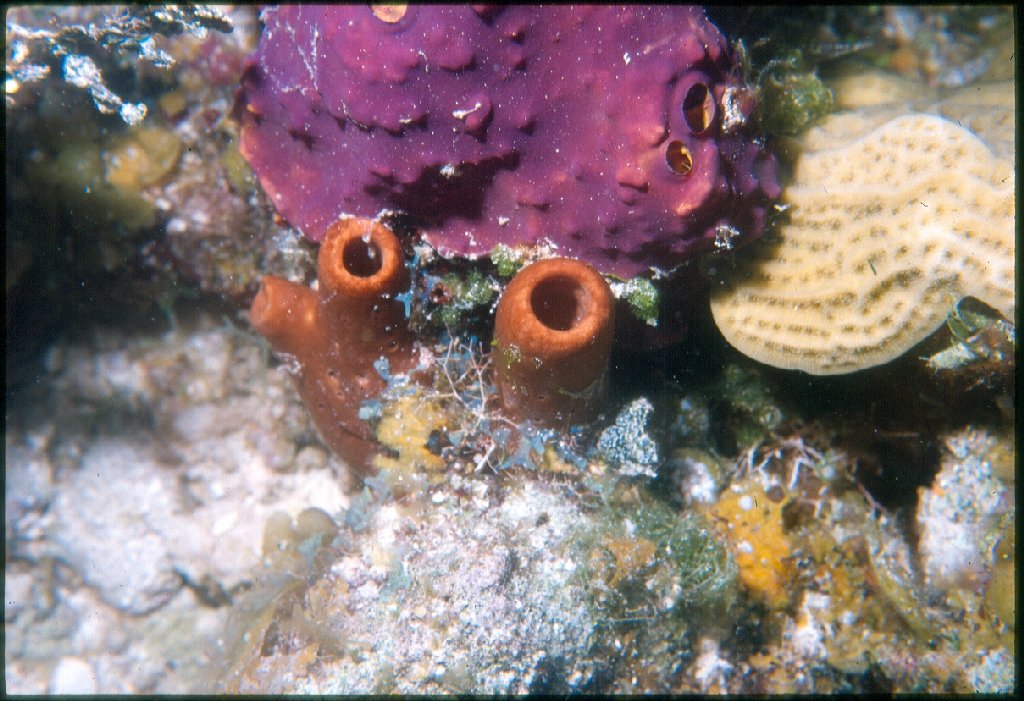 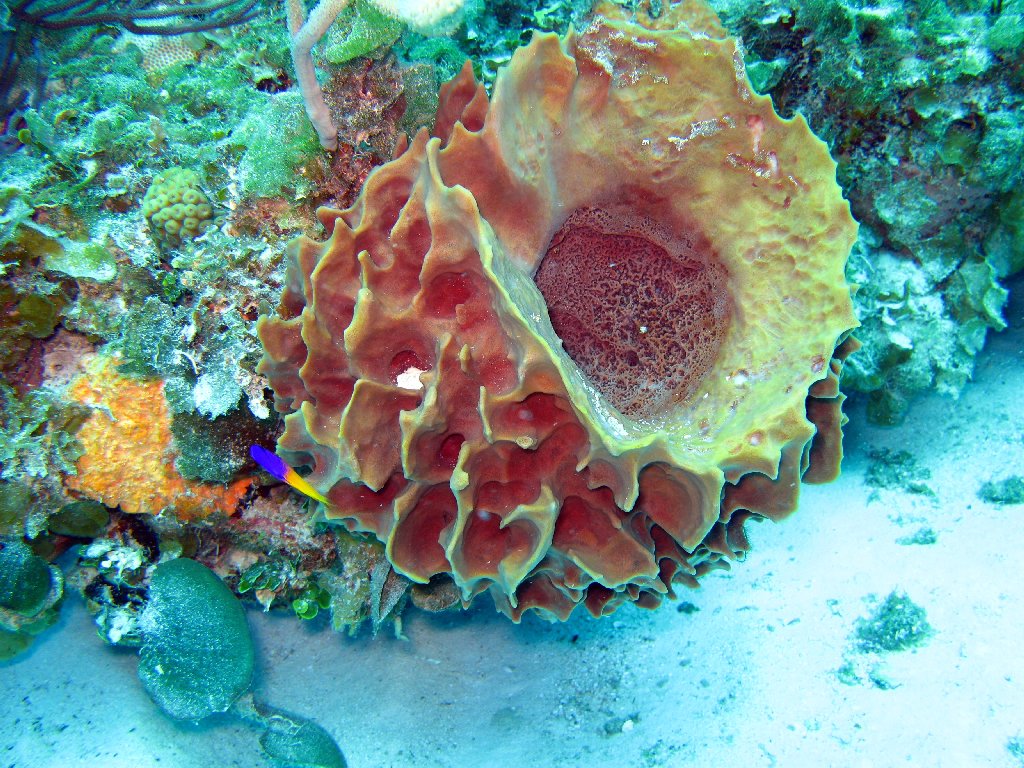 Pawlik’s research explains why this is happening. Reefs support marine life and human livelihoods and diet throughout the Caribbean. But fishing upsets the balance between fishes, sponges and corals. Pawlik said his current research shows that when too many fish are removed, the corals get overgrown by sponges, because there’s nothing to nibble on them. And the coral – the backbone of the whole ecosystem – suffers. But, said Pawlik,

The sponges are fantastically beautiful, in many cases. Large upright tubes and barrels, rainbow-colored. 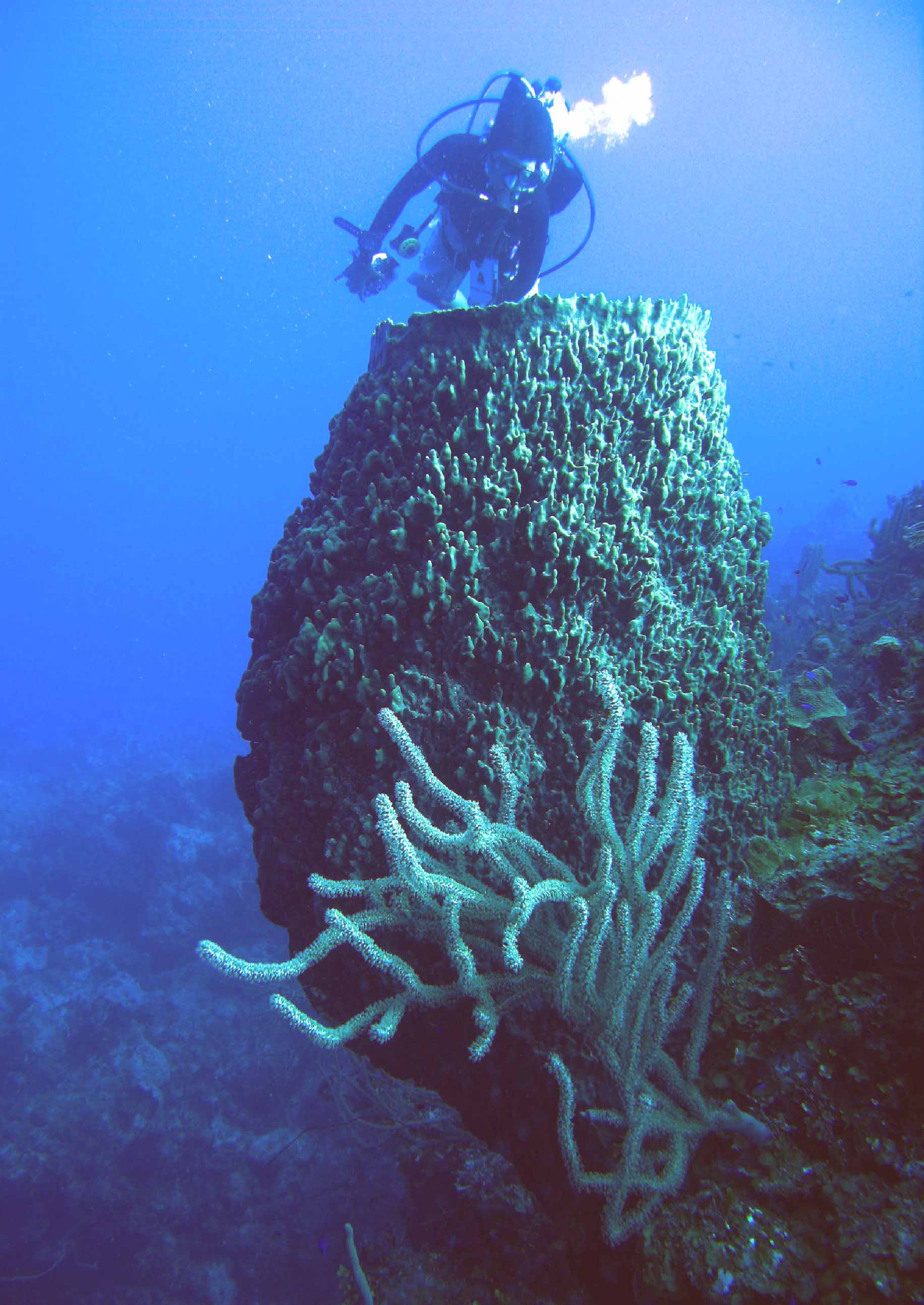 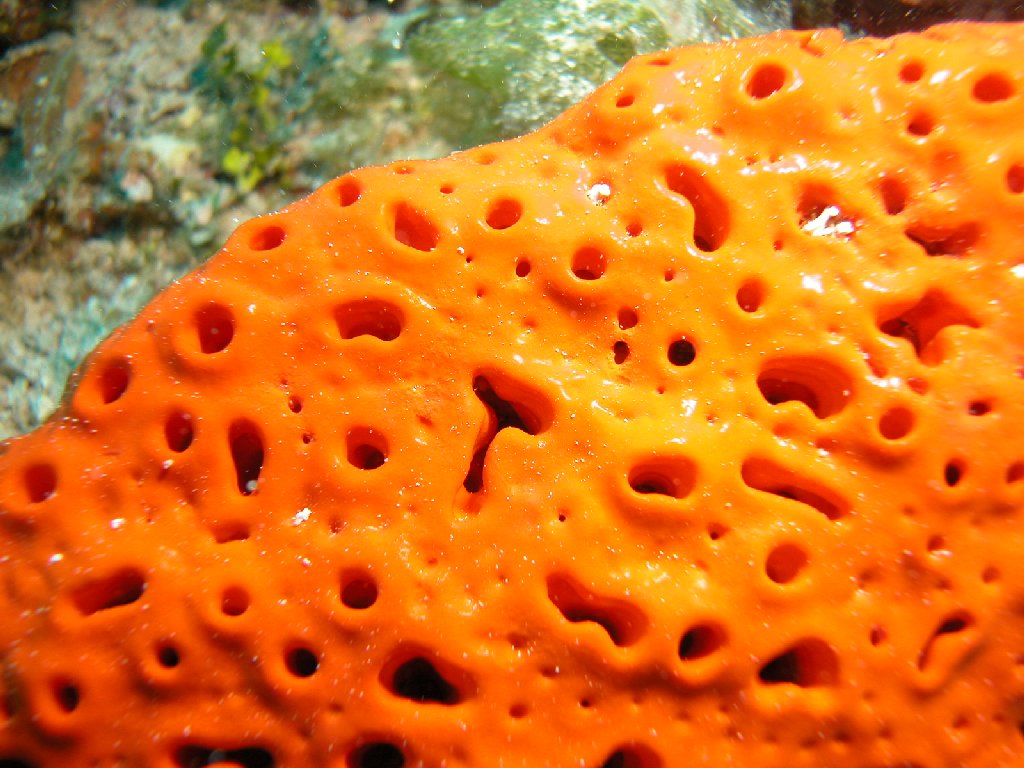 Pawlik elucidated the complex relationship between species on the reef:

So, he said, he’s been interested in finding out how sponges interact with all the other players in the ecosystem.

And what we discovered is that sponges produce these unusual compounds to prevent themselves from being eating by the sponge-eating fishes. Strangely, there’s another class of sponges that don’t do that. Instead, they invest all their energy in growing faster and reproducing more.

You basically have two classes of sponges on the reef. The ones that reproduce and grow faster, or the ones that make nasty chemical compounds and defend themselves from the sponge predators. So if you are overfishing the fishes that eat the sponges, it results in a situation where the sponges that invest in growth and reproduction are at an advantage, so they tend to take off and outcompete not only other sponges, but also they outcompete corals and macro-algae.

Pawlik said one of his major findings was that great barrel sponges have increased by 60% over the past 6 years is reefs off the coast of the Florida Keys. He said it’s important to get a handle on this, because healthy reefs make for healthy and abundant fish populations, corals are essential for building the reefs, and we need to understand the interactions between fishes, sponges and corals if we want to manage this important ecosystem.

There are islands in the Caribbean where levels of poverty and levels of food availability are such that anything they can catch they’ll eat – this is true for Haiti, the Dominican Republic, Jamaica and many of the lesser Antilles. 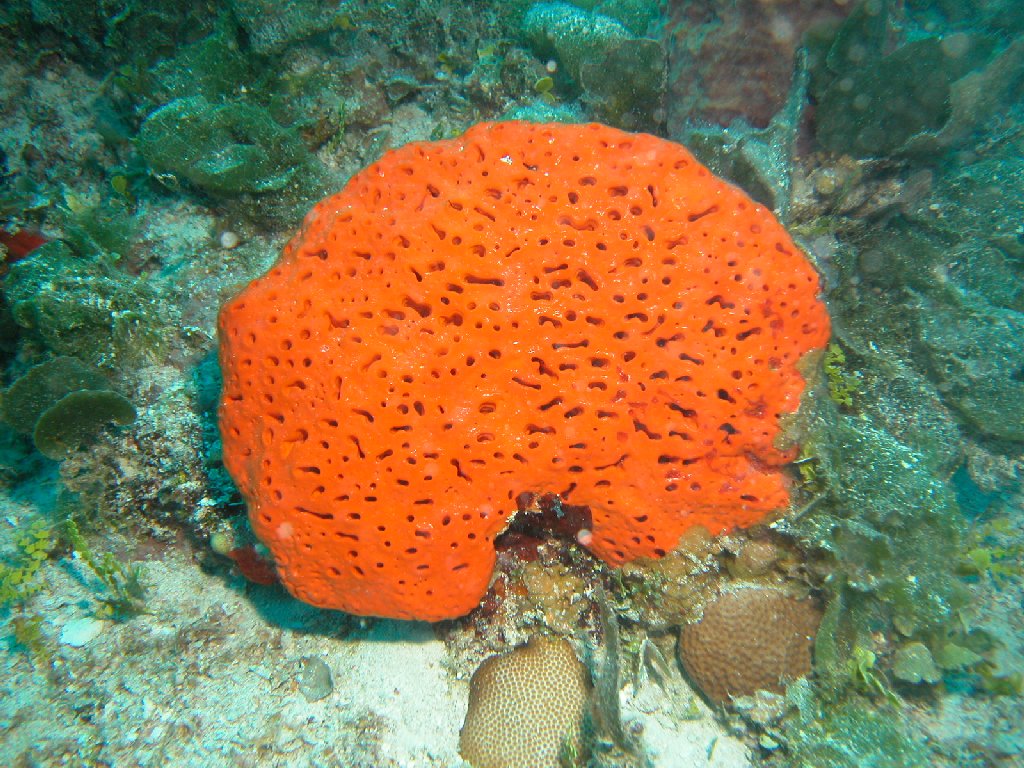