Over the past 13 months, the Volcano Observatory in Hawaii has recorded increased activity on the flanks and summit of Mauna Loa, the largest volcano on Earth. 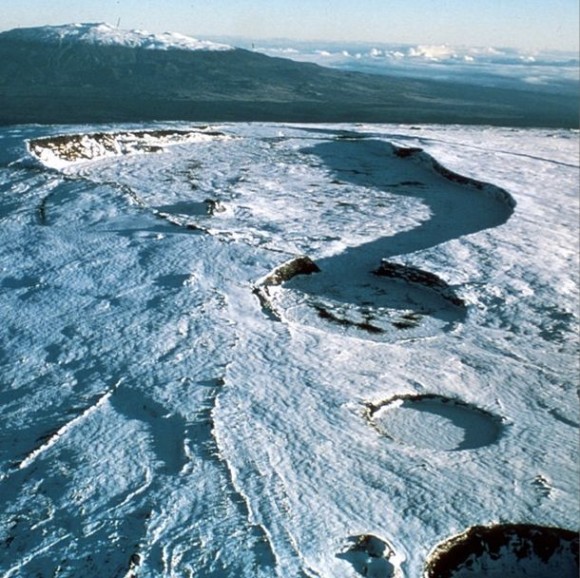 The summit of Mauna Loa volcano in Hawai’i via USGS

The US Geological Survey yesterday (June 18, 2014) published this photo of Mauna Loa volcano on Instagram, with a suggestion that the volcano might be becoming active again. They wrote:

… after a 30-year repose, this sleeping giant may be slowly stirring to life. While there are no signs of impending eruption, the Hawaiian Volcano Observatory has recorded an increased level of seismic activity on the flanks and summit of Mauna Loa over the past 13 months. Four distinct earthquake swarms—clusters of earthquakes occurring closely in time and location—have occurred since March 2013.

Mauna Loa is one of five volcanoes that form the Island of Hawai’i. It’s an active shield volcano and considered to be the largest volcano on Earth. Its most recent eruption began in 1984. The eruption produced a narrow flow of lava that advanced to within 6 kilometers (4 miles) of the city of Hilo, Hawaii. Ultimately, the lava flow got close enough to Hilo to illuminate the city at night, but never entered the city itself. USGS commented:

People residing on [Mauna Loa’s] flanks face many hazards that come with living on or near an active volcano, including lava flows, explosive eruptions, volcanic smog, damaging earthquakes, and local tsunami (giant seawaves). The County of Hawai’i (Island of Hawai’i) is the fastest growing County in the State of Hawaii. Its expanding population and increasing development mean that risk from volcano hazards will continue to grow.

Recent status reports on the Mauna Loa Volcano can be found here. 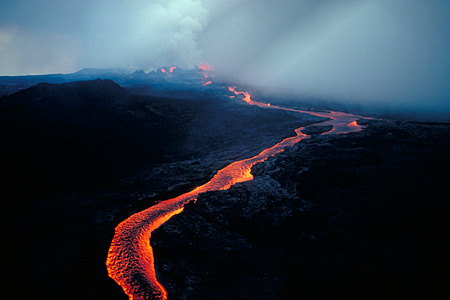 Lava flows down from the summit of Mauna Loa during the 1984 eruption. Photo via USGS. 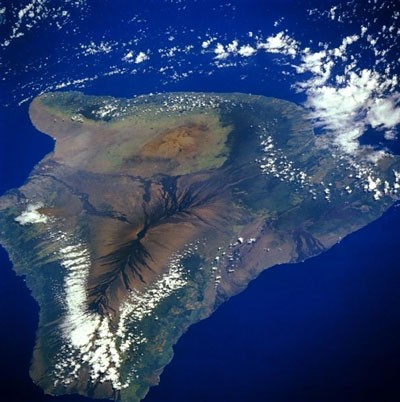 Satellite image of the Mauna Loa volcano on the island of Hawaii. Image via NASA.

Bottom line: The Hawaiian Volcano Observatory has recorded increased seismic activity on the flanks and summit of Mauna Loa over the past 13 months.