Scientists say they have now solved the mystery of Redoubt’s scream prior to eruption.

We’ve heard of singing sands, but how about screaming volcanoes? Turns out some volcanoes do emit a “scream” – comparable to the sound of a tea kettle on the boil – just before erupting. That was the case in March 2009 with Alaska’s Redoubt Volcano, a 10,000-foot (3,000-meter) peak located about 100 miles (160 km) southwest of Anchorage. Publishing this week in Nature Geoscience, scientists present an explanation for Redoubt Volcano’s 2009 “scream” prior to eruption.

In early 2009, Redoubt Volcano showed signs of erupting, and it released a huge cloud of ash on March 21 of that year. The volcanic ash hurtled upward to heights of 11 miles (18 kilometers) above sea level, at the same time Redoubt sent volcanic mudflows into the valley below. Alicia Hotovec-Ellis, a University of Washington graduate student studying volcanos, identified a series of rapid, repeating quakes in the moments just before the ash explosion.

Hotovec-Ellis later converted some of her seismic data into sound and sped it up 60 times into audible sound waves. The audio file below is a real recordings of Redoubt Volcano: a blurred rising sound that Hotovec-Ellis calls “a seismic scream.” 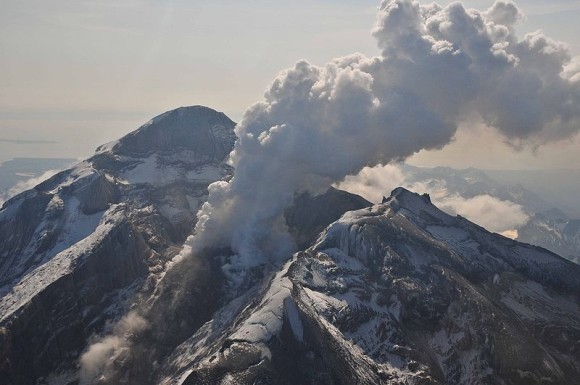 Steaming summit of Redoubt Volcano on May 8, 2009. Image via Alaska Volcano Observatory. 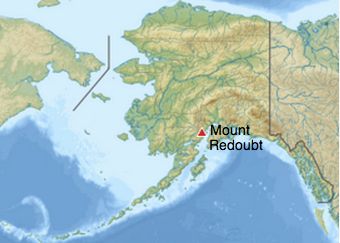 As always, scientists weren’t content with just hearing the volcanic “scream.” They wanted to know why it occurred.

Hotovec-Ellis and her advisor John Vidale ultimately called on a team at Stanford University – led by Eric Dunham – to create a computer model to explain the scream. According to the Stanford model, fault pressure inside the volcano builds up to more than 100 times higher than atmospheric pressure in a fraction of a second. Lots of small faults begin to slip rapidly in these super-pressurized conditions.

In this environment, the scientists say, small, highly energized faults scraping together might cause special harmonic microquakes.

Dunham has an analogy for what’s happening: he says it’s like fingernails scraping on a chalkboard. The team wrote in their paper:

Harmonic tremor in the 2009 eruption of Redoubt Volcano, Alaska, has been linked to repeating earthquakes of magnitudes around 0.5–1.5 that occur a few kilometers beneath the vent. Before many explosions in that eruption, these small earthquakes occurred in such rapid succession — up to 30 events per second — that distinct seismic wave arrivals blurred into continuous, high-frequency tremor. 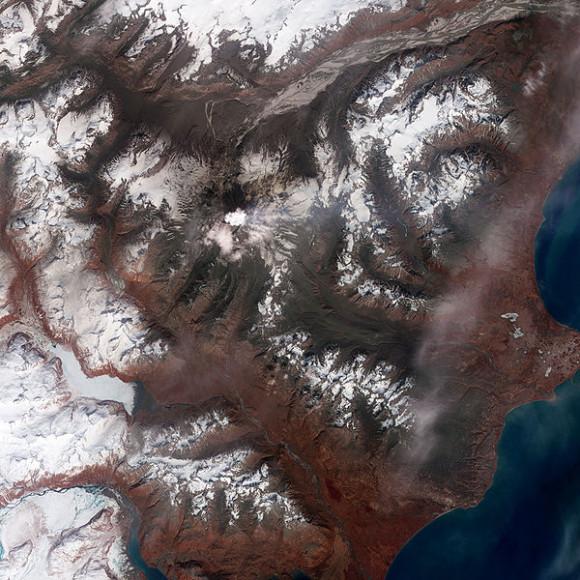 A plume of vapor as seen by NASA’s Terra satellite on May 5, 2009. Image via See labeled image from NASA Earth Observatory.

Bottom line: University of Washington scientists worked with scientists at Stanford University to explain the strange phenomenon of “screaming” in volcanoes prior to eruption. Using data from a 2009 eruption of Alaska’s Redoubt Volcano, they suggest that many small faults in a very high-pressure environment, scraping together to cause special harmonic microquakes. They compare the sound to that caused by fingernails scraping on a chalkboard.