Fossilized plants found in the rocks and soil beneath Greenland ice suggests the ice melted at some point in the last million years and may do so again.

Scientists announced on March 15, 2021, that an international effort to analyze Greenland ice cores left behind from the 1960s has revealed fossilized plants underneath mile-thick (1.6-km thick) Greenland ice. These plants existed on Greenland – the world’s largest island – within the past million years. They show the ice sheet was melted that long ago, without help from human activities, and with carbon dioxide levels in the atmosphere lower than they are today. These results suggest that Greenland’s ice is vulnerable to melting. The Greenland ice sheet covers about 656,000 square miles (1.7 million square km). If it were to melt away entirely, it would raise global sea level by 20 feet (6 meters), putting coastal cities at risk. While most scientists don’t expect a melt of that magnitude in this century, the results do show, as so many others have shown, the threat of human-caused climate change.

The new study about the fossilized plants under Greenland ice was published March 15, 2021, in the peer-reviewed journal Proceedings of the National Academy of Sciences. Andrew Christ of the University of Vermont, lead author of the study, said:

Our study shows that Greenland is much more sensitive to natural climate warming than we used to think – and we already know that humanity’s out-of-control warming of the planet hugely exceeds the natural rate. 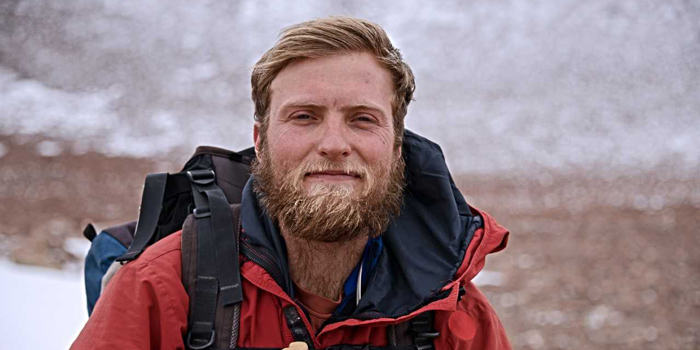 Andrew Christ is lead author of the new study about million-year-old fossilized planets found beneath Greenland ice. Image via University of Vermont.

The story of these particular cores – taken from Greenland ice in the 1960s – is remarkable in itself. In 1966, during the Cold War, Americans established a secret military base in Greenland, staged as a polar science station, with the name of Camp Century. The military was planning to bury 600 nuclear missiles under the ice aimed at the Soviet Union. As part of their science-station ruse, U.S. Army scientists drilled a 4560-foot (1400-meter) deep core out of the thick ice sheet in northwest Greenland, which included 15 feet (4.5 m) of the ground below the ice. The soil pulled from under the ice was largely ignored and then lost in a freezer for decades.

Rediscovered in 2017, these soil samples from Greenland have now been studied by scientists across the globe.

The scientists were expecting to find sand and rock layered under the ice, but instead they found twigs and leaves. These fossilized bits of life show that, within the past million years, that area of Greenland was covered with vegetation. They concluded that most, if not all, of Greenland must have been ice-free within the last million years, perhaps even the last few hundred-thousand years.

According to these scientists, if the Greenland ice sheet melted away during past natural warm periods, the current human-caused warming period has the potential to spell trouble for the ice sheet as well.

These past natural warm spells – known as interglacials – aren’t clearly understood by modern scientists. Likewise, little is known about what happened in Greenland during an interglacial. Previous information has come from indirect sources, such as mud and rock that washed off the island. So the rediscovery of the long-lost ice cores drilled all the way into rock was a boon to researchers. Christ described the stunning discovery in the cores:

Ice sheets typically pulverize and destroy everything in their path, but what we discovered was delicate plant structures – perfectly preserved. They’re fossils, but they look like they died yesterday. It’s a time capsule of what used to live on Greenland that we wouldn’t be able to find anywhere else. 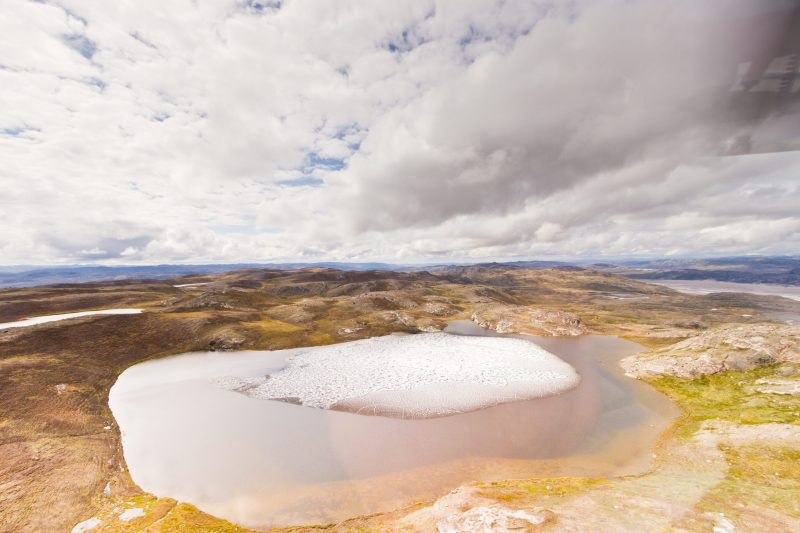 Scientists discovered that some time in the past million years, the ice melted on Greenland and plants grew. This image is of present-day Eastern Greenland, an area on the coast that has seen some melting. Image via Joshua Brown/ UVM.

Learning about past conditions on Greenland helps scientists chart its future. The results of the new study show Greenland is more fragile and sensitive to climate change than previously known, these scientists said. Paul Bierman of the University of Vermont, who also participated in the study, described the immediacy of the issue with Greenland’s possible melting:

This is not a 20-generation problem. This is an urgent problem for the next 50 years. Greenland may seem far away, but it can quickly melt, pouring enough into the oceans that New York, Miami, Dhaka – pick your city – will go underwater.

As Christ and Bierman wrote in The Conversation:

All of this [melting and plant growth] happened before humans began warming the Earth’s climate. The atmosphere at that time contained far less carbon dioxide than it does today, and it wasn’t rising as quickly. The ice core and the soil below are something of a Rosetta Stone for understanding how durable the Greenland ice sheet has been during past warm periods, and how quickly it might melt again as the climate heats up. 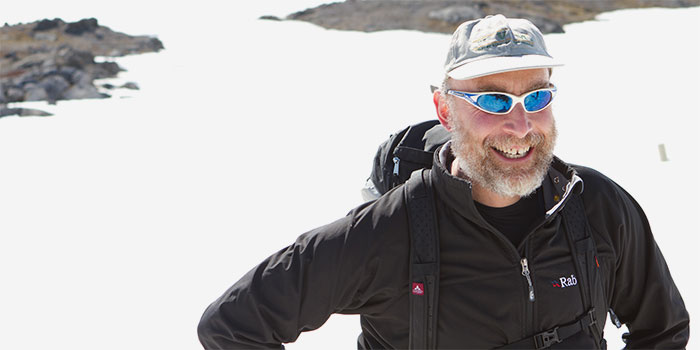 Scientists used a variety of modern techniques to analyze the samples. In one method, they measured ratios of isotopes of both aluminum and the element beryllium that form in quartz only when exposed to the sky and cosmic rays, and therefore not under a mile of ice. The ratios allowed scientists to estimate a period of time that the rocks were exposed to the sky versus buried under the ice. Another method used rare forms of oxygen in the ice within the sediment to learn that precipitation fell at much lower elevations, showing an absence of the ice sheet. These two techniques along with studies of luminescence that estimate how long ago sediment was exposed to light, radiocarbon-dating of bits of wood in ice and analyzing the arrangement of the layers enabled the team of scientists to state that most, if not all, of Greenland melted at least once during the past million years. Greenland was once green with moss, lichen and maybe spruce and fir trees, and may one day be again.

Bottom line: Fossilized plants found in the rocks and soil underneath the mile-thick Greenland ice sheet indicates that the ice melted at some point in the last million years and that it may do so again. If the Greenland ice sheet were to melt entirely, it would raise global sea level by 20 feet (6 meters), threatening coastal cities.

Source: A multimillion-year-old record of Greenland vegetation and glacial history preserved in sediment beneath 1.4 km of ice at Camp Century

Via University of Vermont