A full cloud inversion followed by a snowstorm over Grand Canyon National Park in this gorgeous new time-lapse.

On extremely rare days, cold air trapped in the canyon and topped by a layer of warm air, in combination with moisture and condensation, form the phenomenon referred to as the full cloud inversion. In what resembles something between ocean waves and fast clouds, Grand Canyon is completely obscured by fog, making the visitors feel as if they are walking on clouds. The full inversions, which mostly take place in the late fall or early winter, are sometimes followed by huge snowstorms, as depicted here.

This video was filmed as part of SKYGLOW, an ongoing crowdfunded quest to explore the effects and dangers of urban light pollution in contrast with some of the most incredible dark sky areas in North America. 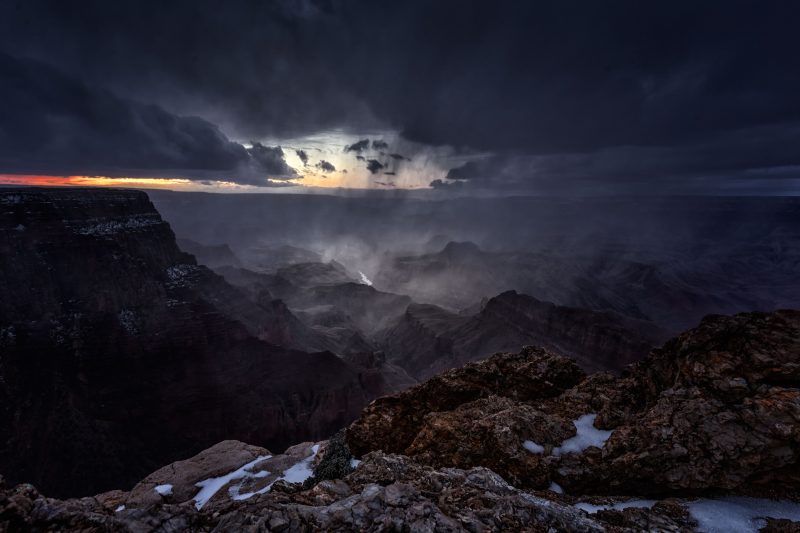