First photos in 100 years of black panther in Africa

There have been reports of black panthers in Africa for more than a century, but only 1 confirmed with photographic evidence – in a 1909 photo taken in Ethiopia – until now.

Photos and video by a team from the Institute for Conservation Research of the San Diego Zoo Global and the Loisaba Conservancy in Kenya have confirmed the existence of black panthers – also known as black leopards — living in Laikipia County, Kenya. The panthers were spotted not far from the fictional setting of the movie “Black Panther“.

The panthers, a melanistic color variant of the African leopard – were filmed in Lorok, Laikipia County, Kenya, on remote cameras set up as part of a large-scale study aimed at understanding the population dynamics of leopards.

African leopards have the largest range of any subspecies of leopard, yet observations of melanism are rare. Melanism is a gene mutation occurrence where the coat appears completely black in the daytime, but infrared imagery reveals the leopard’s iconic rosette patterns at night. 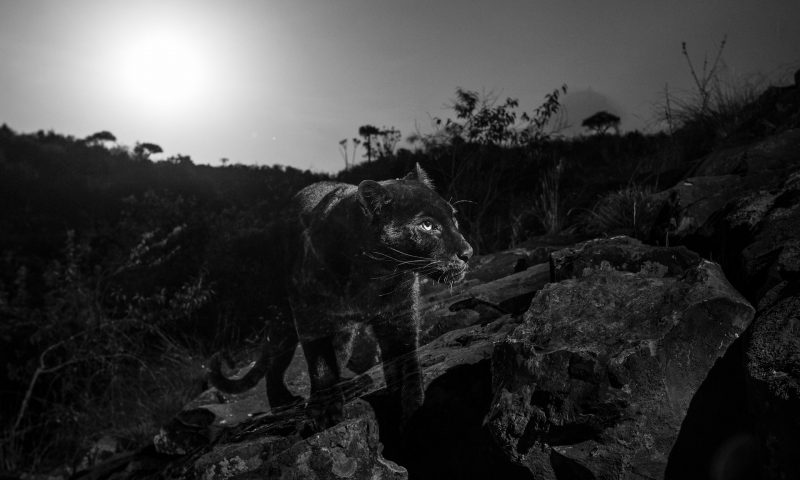 Will Burrard-Lucas is the first person to capture a black leopard on film since 1909. Image via Burrard-Lucas Photography/Camtraptions/The Guardian.

After talking to locals and following leopard tracks, wildlife photographer Will Burrard-Lucas used a special camera trap with wireless motion sensors, in hopes of photographing the animals at night. After leaving the cameras for several nights with no luck, Burrard-Lucas returned to his cameras to find an amazing image. Burrard-Lucas wrote in his blog:

I had a quick look at the last trap, not expecting to find much. As I scrolled through the images on the back of the camera, I paused and peered at the photograph below in incomprehension … a pair of eyes surrounded by inky darkness … a black leopard! I couldn’t believe it and it took a few days before it sank in that I had achieved my dream.

Nicholas Pilfold is a biologist at the San Diego institute and first author of the paper about the findings, published January 29, 2019, in the African Journal of Ecology. He said in an Instagram post containing a video of a black panther walking:

Black panthers are uncommon, only about 11 percent of leopards globally are black. But black panthers in Africa are extremely rare. A new paper confirms black leopards living in Laikipia County, Kenya, and our observations in the paper are collectively the first confirmed cases in Africa in nearly 100 years.

It is certain black panthers have been there all along, but good footage that could confirm it has always been absent until now. 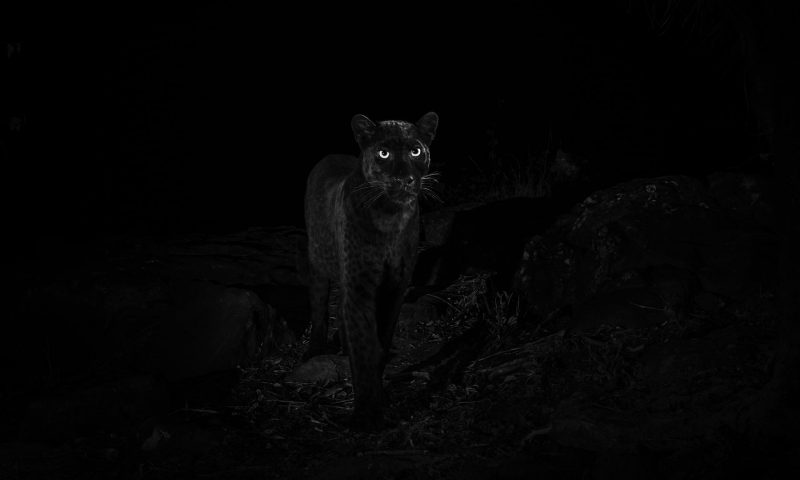 Pbotographer Will Burrard-Lucas wrote in his blog: “In all the pictures I had taken, it was the leopard’s eyes that struck me first. I adjusted my lighting to darken as much of the background as possible. Just before I left, I managed to capture one last picture… eyes in the night…” Image via Will Burrard-Lucas/Burrard-Lucas Photography. 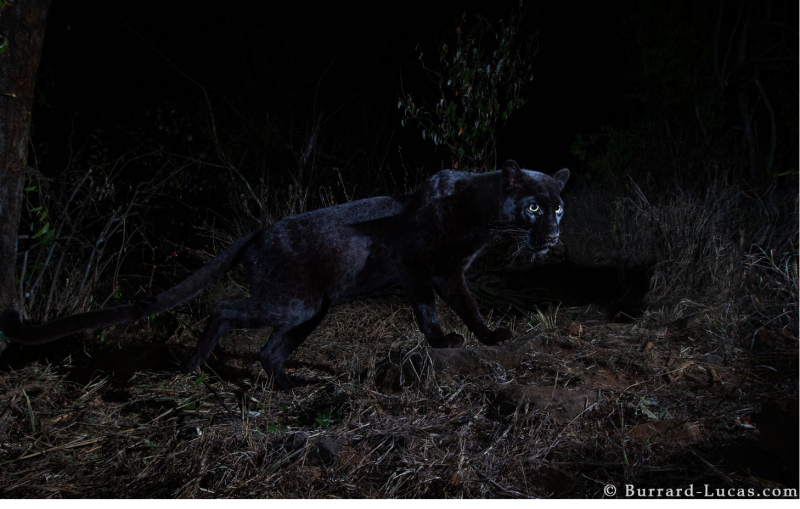 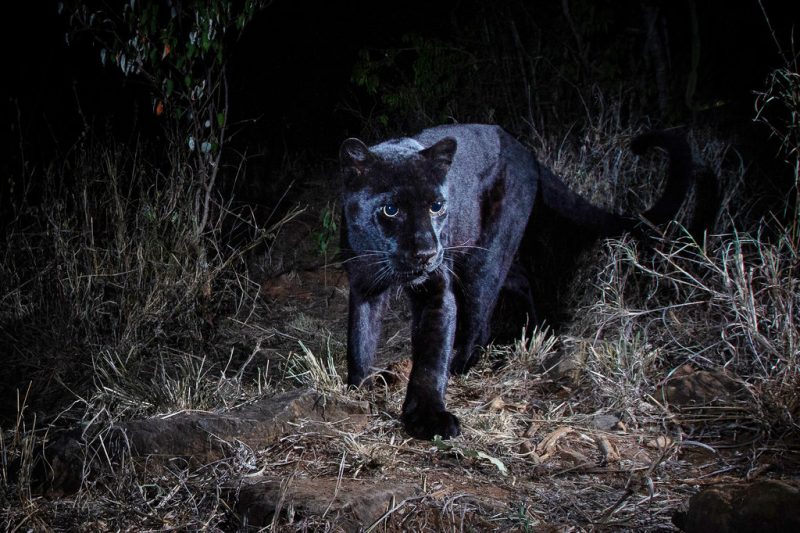 This young female black leopard was spotted in the Laikipia Wilderness Camp in Kenya. She appeared 5 times in footage between February- April 2018. Image via Will Burrard-Lucas/Camtraptions/New York Times.

Bottom line: First photos and video of black panther in Africa since 1909.

Via the San Diego Zoo