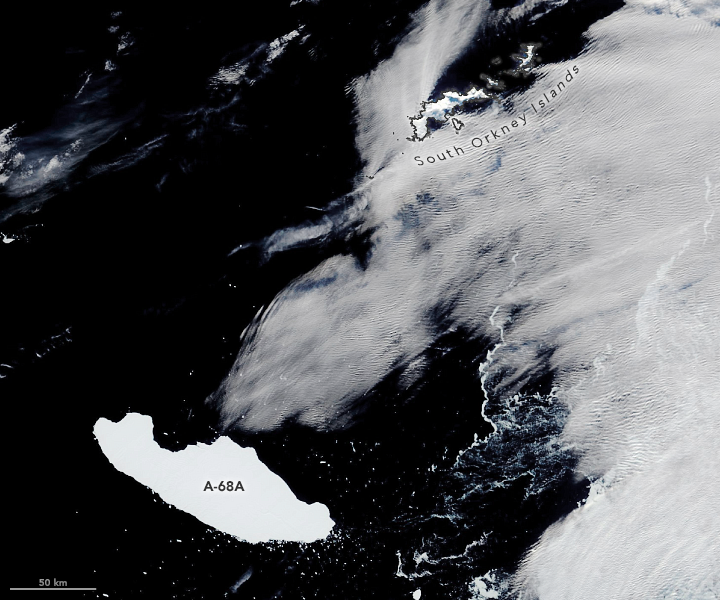 Antarctic iceberg A-68A, which broke from the Larsen C Ice Shelf in 2017, has been floating solo in recent years. Not anymore. The colossal iceberg finally fractured in late April 2020, spawning a new companion named A-68C.

The break was not exactly surprising. A few weeks ago, we published the image above showing Iceberg A-68A on April 9, 2020. The iceberg on that day was still intact, but it had drifted north into dangerously warm waters. Christopher Readinger of the U.S. National Ice Center (USNIC) noted at the time:

I’m surprised at how well it’s sticking together. It’s been in warmer water for a few months now and it’s not exactly a very thick berg, so I expect it will break up sometime soon, but it’s showing no signs of that yet.

Less than two weeks later, that’s exactly what happened. Satellite images on April 22 showed that a new iceberg had broken off from A-68A. The pair is now drifting at the edge of the Weddell Sea and South Atlantic Ocean, near the South Orkney Islands, as shown in the image below. 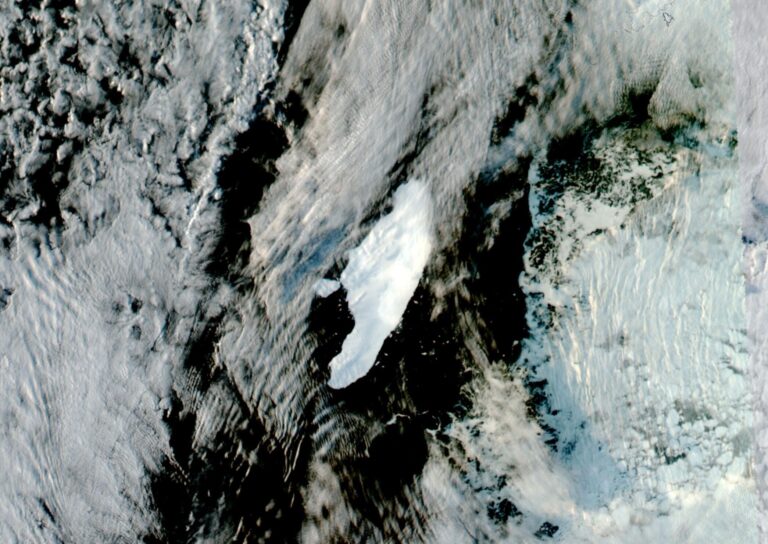 The icebergs on May 3, 2020. This image was acquired by the Visible Infrared Imaging Radiometer Suite (VIIRS) on the NASA-NOAA Suomi-NPP satellite. Image via NASA Earth Observatory.

Even after shedding the sizable piece of ice, A-68A is still the largest iceberg currently floating anywhere on Earth. It has calved only one other named berg, forming A-68B in July 2017 just after the initial calving event from the ice shelf.