Dolphins sleep with half their brain, can stay awake for at least 2 weeks

Sleeping with one half of the brain helps dolphins remain vigilant for long periods.

Dolphins can stay awake for at least two weeks at a time. That’s because dolphins sleep with only one half of their brains at a time, according to new research published yesterday (October 17) in the open access journal PLOS ONE. 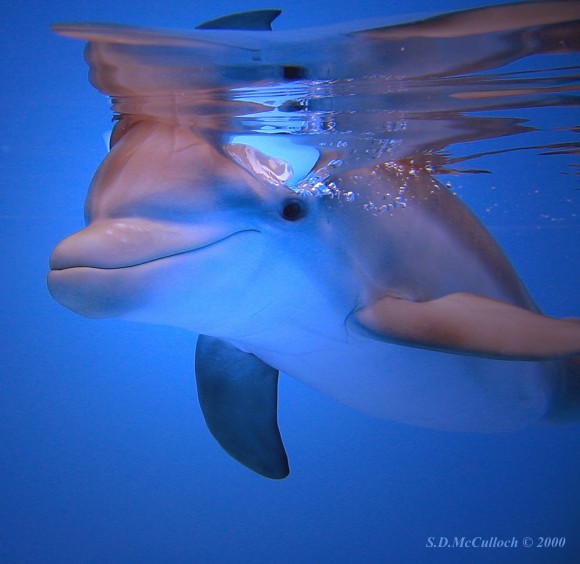 Researchers from the National Marine Mammal Foundation found that dolphins can use echolocation with near-perfect accuracy continuously for up to 15 days, identifying targets and monitoring their environment.

They studied 2 dolphins, one male and one female, and found that they were capable of this task with no signs of fatigue for 5 days. The female dolphin performed additional tasks for a 15-day period. How much longer they could have continued was not studied.

Sleeping with only one half of the brain at a time, or unihemispheric sleep, was believed to have evolved in dolphins to enable them to breathe at the surface of water even when half-asleep. This new research suggests that the need to remain vigilant may also have played a role in the evolution of this sleeping behavior.

These majestic beasts are true unwavering sentinels of the sea. The demands of ocean life on air breathing dolphins have led to incredible capabilities, one of which is the ability to continuously, perhaps indefinitely, maintain vigilant behavior through echolocation.

Bottom line: Research published October 17, 2012 in the open access journal PLOS ONE says sthat dolphins can stay awake for at least two weeks at a time. That’s because dolphins sleep with only one half of their brains at a time.