Will Japan’s big quake in 2011 lead to more earthquake predictability?

Do atmospheric data related to the Japan earthquake indicate a leap forward in our ability to predict earthquakes?

On May 18, 2011, a story in MIT’s Physics arXiv blog quickly went as viral, with 6,200+ Facebook likes and 800+ tweets, and no wonder. It was exciting news, suggesting that scientists had observed a rise in temperature above the epicenter of the March 11, 2011 earthquake in Japan, in the days before the major eruption took place. This finding has implications for our future ability to predict earthquakes. But do the atmospheric data related to the March 11 earthquake indicate a leap forward in our ability to predict earthquakes?

EarthSky originally reported on this story in May 2011, and we are re-posting some of that information today in light of the 2012 anniversary of the earthquake. Since May 2011, Dimitri Ouzounov and colleagues have published their scientific findings in full on December 10, 2011 in the journal Earthquake Science. The abstract for the paper can be viewed here. 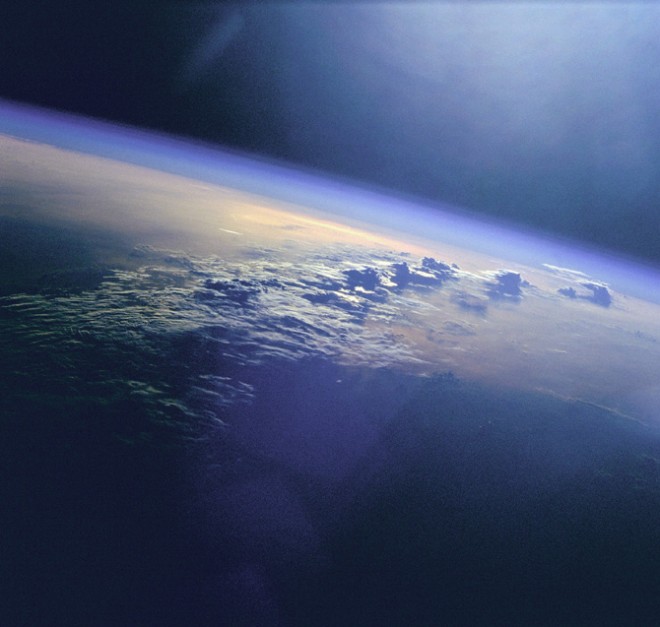 What does this study mean for our ability to predict earthquakes? The science of earthquake prediction is still in its infancy. Many scientists doubt that reliable and accurate earthquake predictions are even possible. Presently, scientists are fairly good at predicting where on Earth earthquakes are likely to occur – along the shifting boundaries of moving land plates. But scientists have been unable to determine exactly when an earthquake is going to strike.

Hence, efforts to mitigate the destructive impacts of earthquakes are aptly focused on reinforcing vulnerable buildings in earthquake-prone areas and ensuring that people in high-risk areas are adequately prepared for a natural disaster.

The lure of earthquake prediction remains appealing despite its elusiveness simply because it could save so many lives. Siesmologist Mike Blanpied of the United States Geological Survey summarized this sentiment in a March 11, 2011 interview with EarthSky when he stated:

There [are] increased amounts of data, new theories, and powerful computer programs, and scientists are using those to explore ways that earthquakes might be predicted in the future. We can certainly hope that someday we’ll be in a world where an earthquake can be anticipated and predicted before it occurs.

The earthquake in Japan on March 11, 2011 will be one of the best studied earthquakes in modern history. Scientists from the U.S. and Russia analyzed the atmospheric conditions above the epicenter of the Tohoku earthquake to evaluate whether there were any precursor events that could have indicated that an earthquake was about to occur. That is how they found the increases in electron density and infrared radiation (or heat) emissions above the earthquake’s epicenter.

The scientists used satellite data to collect information on outgoing long-wave radiation and the electron content of the ionosphere. The ionosphere is the layer of the Earth’s atmosphere that contains a high concentration of charged ions and free electrons, which are able to reflect radio waves. The ionosphere extends from about 80 to 1000 kilometers (50 to 620 miles) above the surface of the Earth. 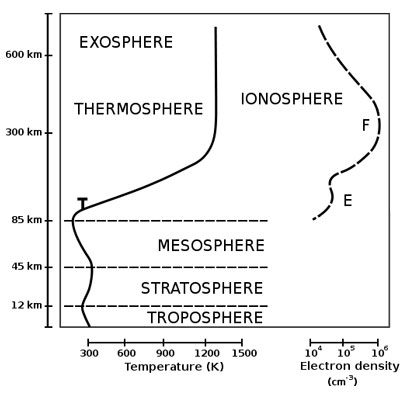 The scientists discovered that there was a rapid increase of emitted infrared radiation (or heat) on March 7, 2011 near the epicenter, and that radiation levels peaked just prior to the earthquake. The scientists also observed that the total electron content of the ionosphere near the epicenter increased from March 3 to March 10, peaked on March 8, then returned to background levels after the main earthquake subsided.

The scientists attribute these precursory atmospheric events to the phenomenon of Lithosphere-Atmosphere-Ionosphere (LAI) Coupling. During LAI Coupling, the air is ionized by the emission of radon and other gases from the Earth’s crust in the vicinity of an active fault. The ionization of air initiates a cascade of other atmospheric reactions including the condensation of water molecules and the release of latent heat, which increases air temperatures.

The preliminary scientific findings about Japan’s Tohoku earthquake on March 11, 2011 were first summarized by Dimitar Ouzounov from NASA’s Goddard Space Flight Center in a paper presented at the annual European Geosciences Union meeting in Vienna, Austria on April 8, 2011.

While atmospheric anomalies appear to precede and coincide with earthquakes, it is still unclear how accurate and reliable such measures are for predicting earthquakes. Future research to improve our understanding of atmospheric changes that precede earthquakes will likely follow, given the important and compelling nature of the scientific findings.