Forecasters bump up hurricane predictions for 2020

On Wednesday, forecasters at Colorado State increased their prediction for the number of named storms in the Atlantic in 2020 to 24 named storms and 5 major hurricanes.

What’ll happen if we run out of hurricane names this year? More about that below.

Atlantic hurricane season officially begins on June 1 each year, and most major hurricanes tend to come later in the season. However, in terms of numbers, the season got off to a roaring start this year. 2020 is the first hurricane season on record with nine named storms (two hurricanes) before August 1.

All were tropical storms, but Hanna and Isaias had maximum sustained winds strong enough (above 74 mph or 119 kph) to categorize them as hurricanes. Both Hanna and Isaias made landfall in the U.S. Hanna reached its peak intensity with winds at 90 miles per hour (140 km/h) on July 25, the same day it made its first landfall at Padre Island, Texas (Hanna had a second landfall in Kenedy County, Texas, at the same intensity). Isaias had sustained winds of 85 miles per hour (137 km/h) when it made landfall on Ocean Isle Beach, North Carolina, on August 4.

Colorado State’s Tropical Meteorology Project is not the only source of hurricane forecasts. The chart below shows some comparisons. 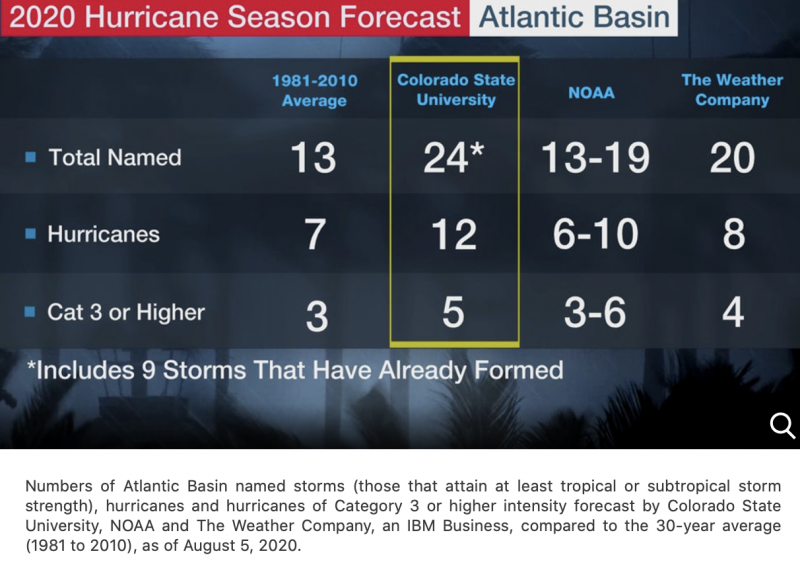 If we run through those 21 Atlantic hurricane names, the rule of thumb is that any additional storms receive names from the Greek alphabet. So if we do have a tropical storm Wilfred in 2020, and another storm follows it, that storm will be Alpha. The next storm will be Beta, then Gamma, and so on.

So far, in the history of naming Atlantic hurricanes, we’ve gone to the Greek alphabet only once, in 2005. Remember that? It was the busiest hurricane season on record. There were 28 named storms that year.

Atlantic hurricane season will officially end on November 30; however, hurricanes can and do occur (as they did this year) before the official start of the season on June 1 and after its official end.

Read more: How do hurricanes get their names? 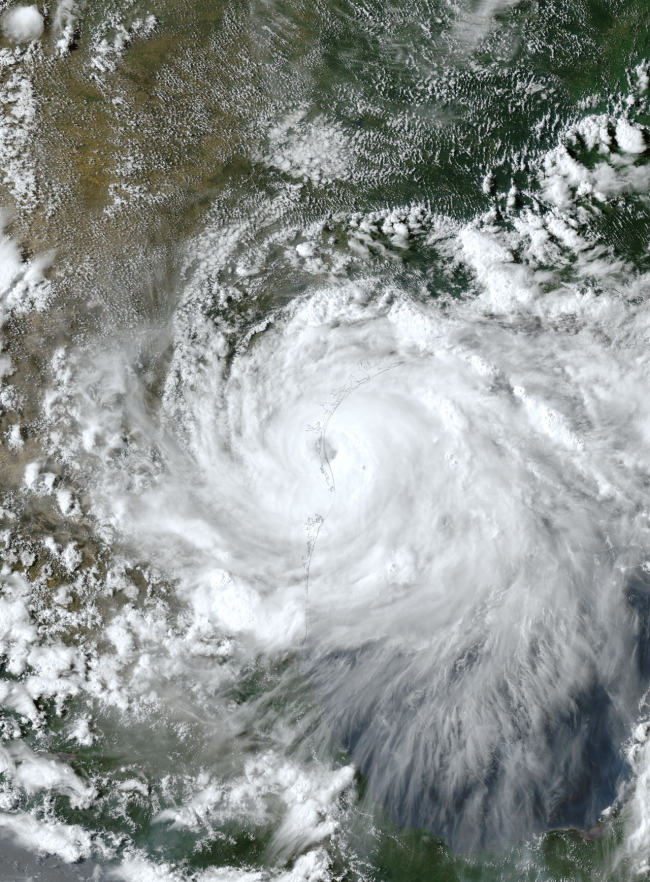