Air temperatures in the Arctic are increasing at least twice as fast as the global average. What worries climate scientists about the Arctic summer of 2019? And why does it matter for the rest of the world? 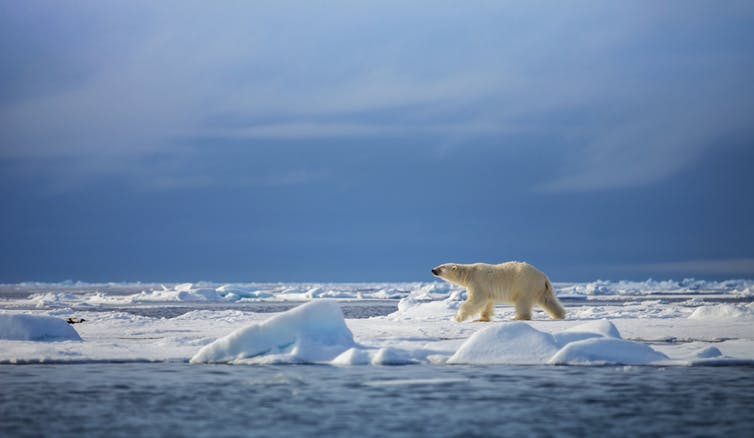 In the Arctic, a summer of heat, melting and fire was rounded off by news that 2019 saw the second-lowest ever minimum extent of sea ice. That’s the point in early autumn each year when scientists say that the Arctic Ocean will begin to freeze again. By that measure, only 2012 had less sea ice than this year.

Meanwhile, the IPCC‘s latest special report on the oceans and cryosphere was full of bad news (the cryosphere is that part of the earth system where water occurs in its frozen form, usually as snow or ice). The region’s glacier ice is retreating, the ground is thawing, forests are becoming a fire risk. Only people in low lying islands are as vulnerable to climate change as those in the Arctic, according to the IPCC.

So what happened in the Arctic in 2019? And why do Arctic geographers like me say what happens there matters so much for the world?

Let’s start by looking at what made this year so worrying:

Greenland started melting early in 2019 and this reached historically high levels when warm air from Europe’s midsummer heat wave arrived, causing melting over more than 90% of its surface.

While the cumulative area of melting is still smaller than the record-setting season of 2012, the total amount of ice lost is similar, because 2019’s early melting quickly removed the previous winter’s low snowfall and exposed older, dirty ice to the sun’s glare. 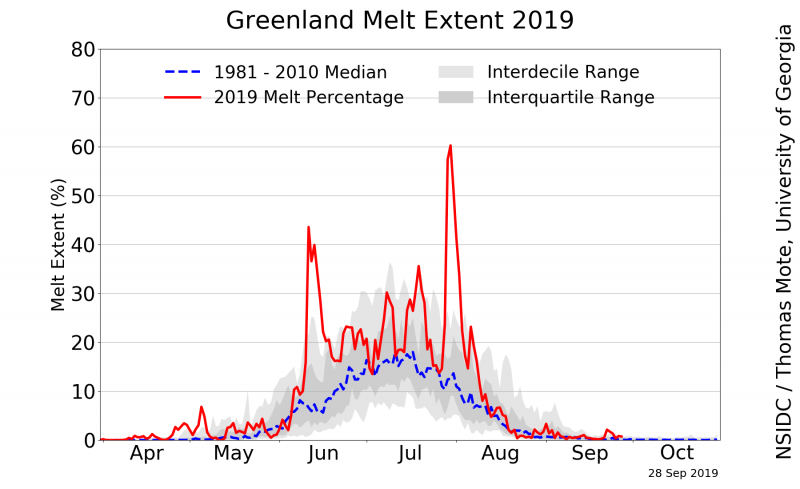 Scientists also measure the end-of-winter maximum extent of ice cover, and this was also historically low, although not record setting. But lots of melting in spring and summer meant by mid-August there was only fractionally more ice than the same time in 2012, the year of record minimum. Moreover, Arctic sea ice is now less than half as thick as it was at this time of year in 1980, meaning it is less resilient to even moderately warm summers. 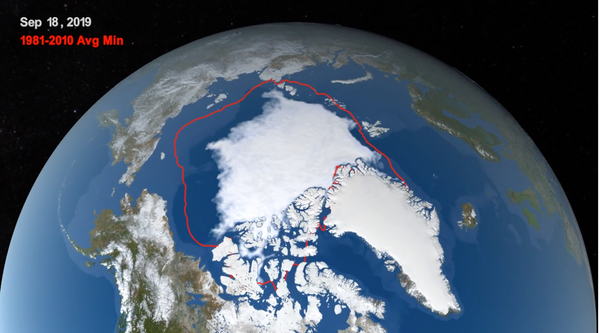 Extensive wildfires in Siberia and Alaska

Probably most remarkable was the extent of vegetation burning right across the Arctic. By late July these slow-burning, long-duration fires had released 100m tonnes of carbon, an amount similar to the annual output of countries like Belgium, Kuwait or Nigeria. By the middle of August, the smoke cloud covered an area larger than the European Union.

Turbo-charged warming in the Arctic

Air temperatures in the Arctic are increasing at least twice as fast as the global average. This is down to a series of strong “feedbacks” that amplify the initial warming and in turn create more warming. For instance, the loss of reflective snow and ice means more solar energy will be absorbed in the ground and ocean, warming the earth, causing more snow and ice to melt, and so on.

These feedbacks make the Arctic particularly sensitive to changes in climate: with 1.5 degree C (2.7 degrees F) of global warming, one sea-ice-free Arctic summer is projected per century, whereas at 2 degrees C (3.6 degrees F) this increases to at least one per decade.

Everywhere is warming, but the Arctic is warming fastest. Image via The Conversation/HadCRUT v4.

Such effects would be bad enough if confined to the Arctic Circle and above, but what goes on up there really does affect almost every human on the planet. Here are a few reasons why:

The exceptional rate of Arctic warming is shrinking the temperature difference between the far north and the mid-latitudes, and there is mounting evidence that this reduces the intensity of the polar-front jet stream, which crosses the North Atlantic from west to east and determines the paths of weather systems. 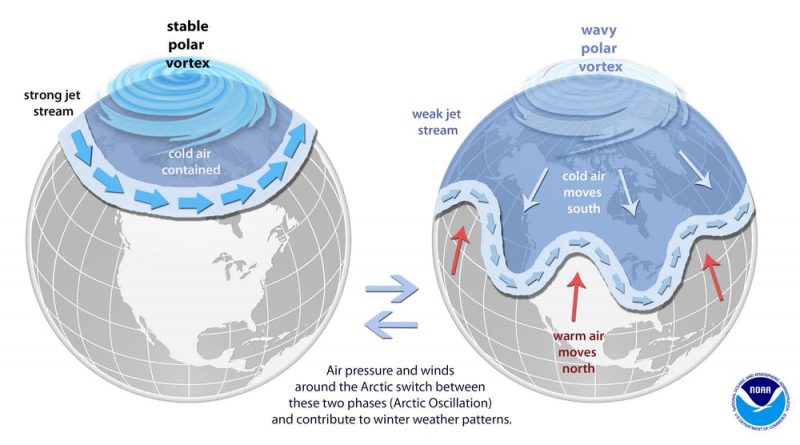 The jet stream is becoming more wobbly. Image via NOAA.

A slower and more contorted jet stream allows cold air to move further south and warm air to move further north, and it also allows weather systems to persist longer than usual. Under these circumstances, episodes of severe cold or protracted heat, as the U.K. experienced in spring and summer 2018 respectively, become more likely.

2. The sea level will rise

The Arctic contains the world’s second largest repository of freshwater: the Greenland Ice Sheet. As that water melts into the ocean and raises the sea level, the effects will be felt globally. Under a business-as-usual scenario, Greenland alone could lead to sea level rise this century of at least 14cm (5.5 inches) and as much as 33cm (13 inches). By 2200, it could be a meter (39 inches) or more.

Such estimates aren’t very precise, partly because the science is hard, but also because we simply don’t know if we’ll get our emissions under control. Whatever actually happens, it’s clear that many people will be affected: even under conservative growth assumptions, there could be 880m people living in flood-exposed coastal regions by 2030, and more than a billion by 2060. 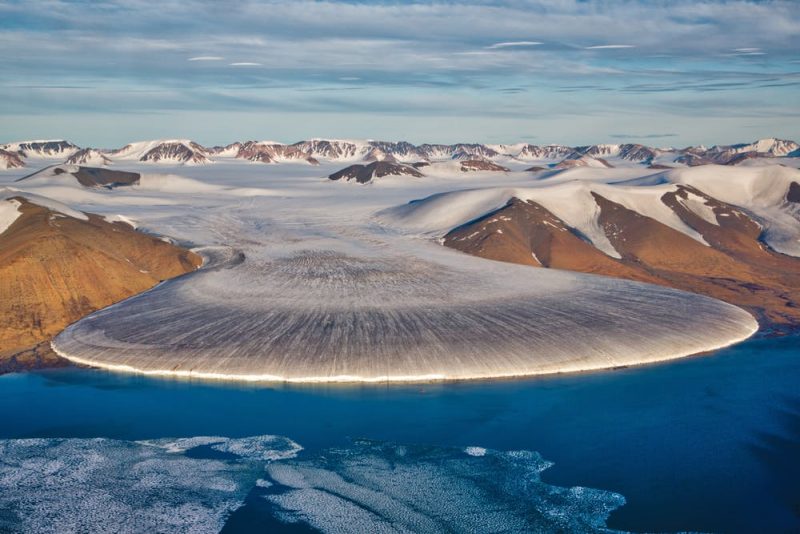 3. An unplanned withdrawal from the 1.5 degree C carbon budget

In order to have a 66% probability of avoiding global warming beyond 1.5 degree C (2.7 F), the IPCC says we can release no more than 113 billion additional tonnes of carbon. That’s only about ten years of emissions at the current rate.

Arctic wildfires will eat into that “carbon budget”, and reduce the room for maneuver of governments that have committed to the Paris Agreement. These fires have been particularly carbon-intensive as they are burning through peatlands, which are rich in decomposed organic matter and are a vast source of ancient carbon. Until recently these peatlands were frozen solid. Now, many areas are increasingly vulnerable to ignition from lightning strikes or human activity.

Some scientists have therefore suggested that Arctic fire management should be reconsidered as a critical climate mitigation strategy. 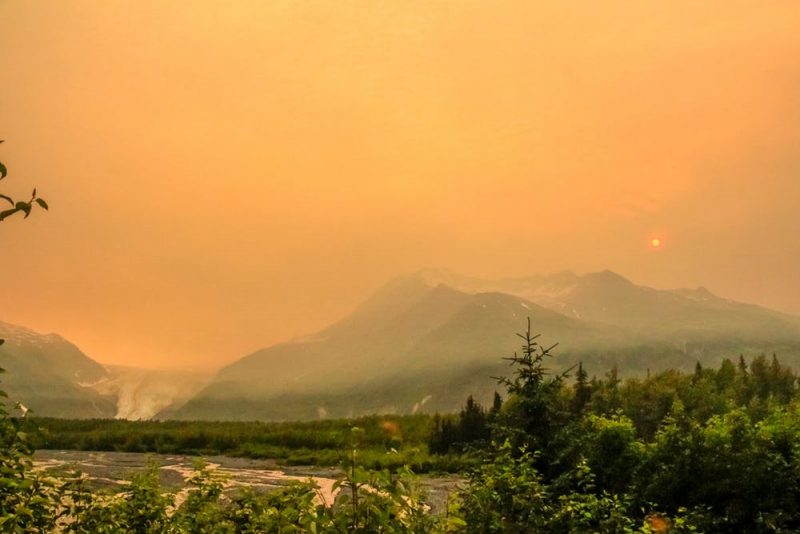 Although changes in the Arctic can have global ramifications, it’s important to remember that it remains home to a diverse, partly-indigenous population of several million. Arctic peoples already face numerous challenges including pollution, overfishing, habitat fragmentation, and cultural and economic transformation. The reduction in “reliably frozen” areas adds considerably to these challenges, and it’s not certain that Arctic people will even share in any benefits from things like a growth in shipping.

Change in the Arctic is largely driven by activity elsewhere. But these changes in turn have an impact far beyond the region, on the atmosphere, sea level rise, or our global carbon budget. This circular process only serves to underline the pervasive character of contemporary climate change.

Bottom line: How climate change in the Arctic affects the rest of the world.