Bland, mushy apples, brought to you by climate change

A 40-year study finds tart, crisp apples are losing their zing, and that rising temperatures may be the cause.

Stupid climate change. It’s ruining everything. I was none too happy to learn, earlier this year, that our warming planet will soon make air travel even more uncomfortable/terrifying. And I’m even less thrilled at the latest revelation: climate change is already decimating the deliciousness of our apples. After looking at 40 years of data on Fuji and Tsugaru apples, researchers in Japan concluded that, when compared to their not-so-distant relatives, present day apples pretty much suck, and that increasing temperatures are the likely cause. 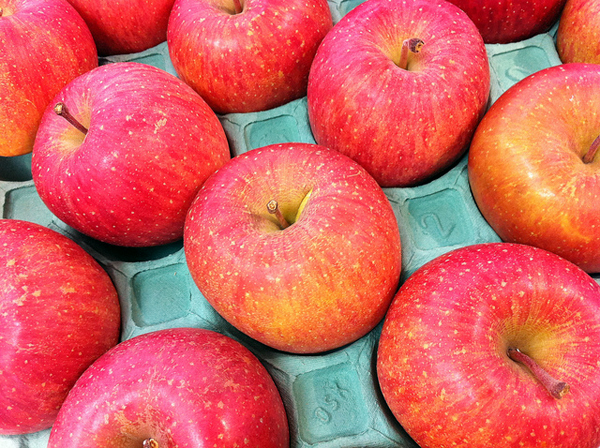 They still look pretty, but how do they taste? Image: kimubert.

Deliciousness and suckiness being somewhat subjective concepts, the team used more scientific properties to quantify changes in both taste and texture. Acid and soluble solid concentrations were used as measures of tartness and sweetness, respectively. Also examined were apple firmness and the presence of something called “watercore,” an unfortunate predisposition to going all soggy in the middle. The results? Apples of today are sweeter, mushier, and more plagued by watercore than the fruits of yore. The change has been gradual, so your 2013 Fuji apple may not seem conspicuously flavorless and mealy. But if you could hop into a time machine and sample the crisp, tart 1970s version, it would presumably be like comparing apples to oranges. 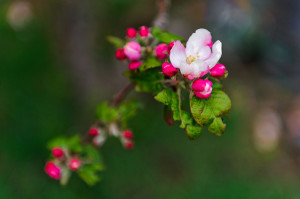 And while apple awesomeness was decreasing, air temperature readings at the experimental orchards were steadily rising. The researchers also noted earlier budding and blooming of apple blossoms, an occurrence that could be sparked by the warmer weather. This might lead you to think that the apples are just ripening earlier. Bump up the harvest date by a week or two, all will be well again. Problem solved. Unfortunately it isn’t that simple. The undesirable changes in taste and texture persisted even when different indicators of fruit maturity were used. For example, apple tartness still declined even if apples were deemed ready to harvest based on number of days after flower bloom rather than a set calendar date. The fruit wasn’t so much ripening earlier, it was ripening differently.

Granted, lackluster apple quality may not be the most pressing of our environment worries, but it is less abstract than melting ice caps and rising sea levels. Self interest can be a great motivator to take issues seriously, and anyone who enjoys crisp, tasty apples should now feel personally threatened by climate change. And it may well be more than one fruit that’s at stake here. Think of the peaches, the pears… the wine grapes. In the New York City farmer’s market where I used to shop before moving to Texas (a state where growing a decent apple is already plenty challenging) there were dozens of different apple cultivars for sale. Some were described as “crisp and tart” while others were advertised as making “great pie apples”, meaning that it wasn’t worth the trouble to eat them raw. If this new study is any indication, you might want to get your recipe books in order. Because in the looming dystopian future, all apples will be pie apples.