Has the ball lightning mystery been solved?

What is ball lightning? Scientists have been trying to figure that out for hundreds of years, and now it seems they may finally be close to solving one of Earth’s most intriguing natural mysteries.

Series of images showing the creation of a ball-lightning-like phenomenon in a laboratory. Image via David M. Friday et. al/ BBC.

Ball lightning is one of the best-known natural phenomena that few have seen. Until recent years, most scientists remained skeptical about ball lightning; it seemed more myth than reality. Nowadays, ball lightning’s street cred among scientists is stronger, but it’s still the case that most of the images you see online purporting to be ball lightning are just over-exposed images of ordinary lightning. In fact, no expert we asked could point us to an actual image of ball lightning in nature. What is ball lightning? Since the time of the early Greeks, there’ve been reports of small balls of bright plasma-like light moving over the ground and then vanishing. The explanation still eludes scientists for the most part, although various explanations have now been offered. And now there is a potential new answer, based on previous research, to this baffling mystery.

The research has been published in a new peer-reviewed paper in the July 2019 issue of the journal Optik by Vladimir Torchigin from the Russian Academy of Sciences.

As the name suggests, ball lightning has often been thought of as a form of lightning. That might not actually be the case, however; it might not be true lightning. A previously proposed hypothesis by Torchigin had suggested that these weird orbs are simply light trapped inside a sphere of thin air. The new paper now expands on that idea and proposes physical parameters for how these things might exist.

Torchigin had previously suggested that the light balls consist of photons – elementary particles that are basic units of light – ricocheting inside an air-bubble of their own making. His hypothesis is based on the premise that as any particle absorbs and emits electromagnetic radiation, there is a recoil referred to as the Abraham-Lorentz force. Light spilling from a lightning strike causes air particles to jiggle as they absorb and transmit electromagnetic radiation.

These forces are normally very small, but could be amplified under the right conditions: the generation of a thin layer of air that refracts the light back in on itself. From the abstract of the paper:

The thin layer of air would resemble the film of a soap bubble. This “bubble” could focus light like a lens. When the light is intensified enough, air particles would get shoved into an outer boundary – the film of the bubble – where photons could be concentrated for seconds at a time. 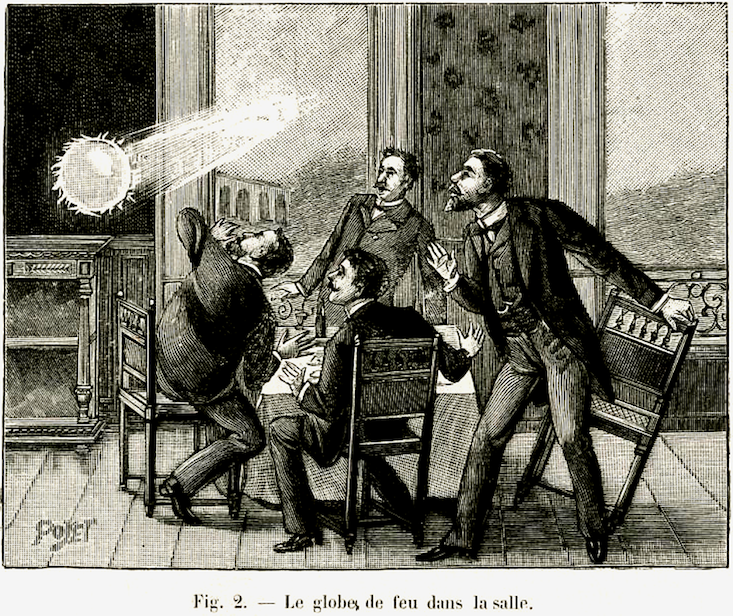 An engraving from 1901 depicting a sighting of ball lightning. Image via Wikimedia.

Some of these “embryo” bubbles would fade away again quickly due to a lack of light or a bubble surface that isn’t completely closed. The ones that did last longer would be what we call ball lightning.

So how did Torchigin come to these conclusions?

The hypothesis is a combination of previous assumptions with physical models that pins down the light density and air pressure required to produce such light-focusing bubbles. Is it the complete answer? Not yet. There are some details it doesn’t explain yet, such as a case in China a few years ago where ball lightning was reported after a lightning strike. The event was captured on a spectrograph, so scientists were able to obtain a breakdown of its electromagnetic spectrum. It may also not explain the sulfurous smells sometimes reported. But it could lead to experiments that would either confirm or debunk this latest proposal for how ball lightning works.

Ball lightning has been reported for centuries. The orbs are typically about the size of a grapefruit, moving slowly over the ground. They have been seen during electrical storms, hence the early theories that they were simply a different form of lightning. They usually disappear after 10 seconds, quietly, but sometimes a bang sound can be heard. They have even been observed to pass through closed windows! 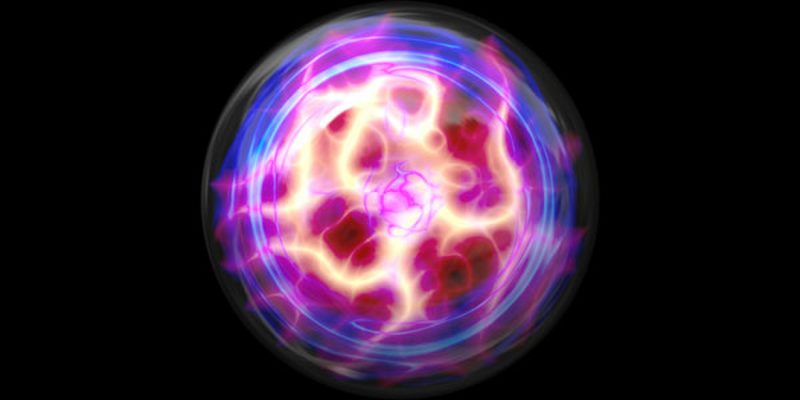 An artist’s concept of a ball lightning orb.

In another theory, University of Canterbury engineer John Abrahamson suggested that ball lightning could be the result of vaporized ground material being pushed up by a shockwave of air. The vaporized silica condenses into nanoparticles – microscopic particles with at least one dimension less than 100 nanometer – and is bound together by electrical charges. It glows hot due a chemical reaction between the silicon and oxygen in the air.

Three basic features of ball lightning were described in the 1970s by Stanley Singer: the duration, the floating motion and the sudden disappearance. All need to be accounted for by any proposed theories.

One of the earliest documented reports of ball lightning is from a stormy Sunday in 1638. A parish church in Devonshire, England, went up in flames as a result and some of the people inside were killed. There have been thousands of sightings since then. Ball lightning, or something similar at least, has even been created in the laboratory. In a study from 2007, published in the journal Physical Review Letters, researchers at the Federal University of Pernambuco in Brazil used electricity to vaporize tiny wafers of silicon. This created blue or orange-white spheres the size of ping-pong balls that hovered around for as long as eight seconds.

Bottom line: Ball lightning has long been a mysterious phenomenon, the explanation of which has eluded scientists for hundreds of years. But thanks to the continued research of scientists like Torchigin, it seems like the answer to this puzzle may finally be close at hand.

Source: Physics of a ball lightning in a form of a bubble of light