The Audubon Society’s Christmas Bird Count is one of the longest-running community science projects in existence. Learn how to join the count here. 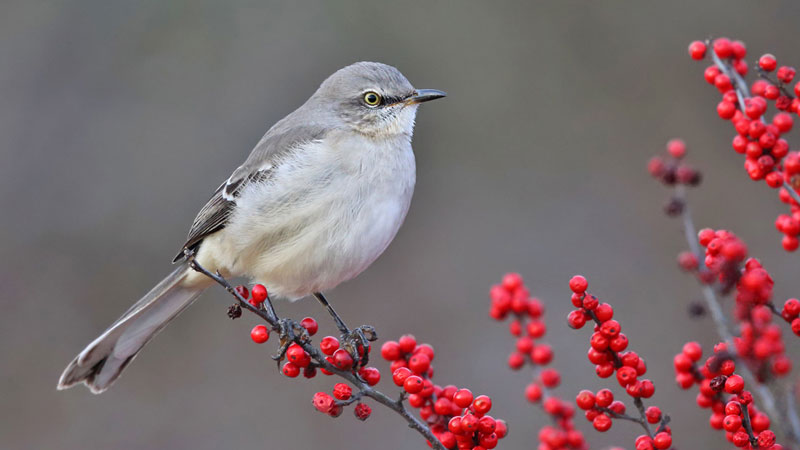 This photo of a northern mockingbird was taken by Tom Murray during the 2019 Christmas Bird Count. Image via National Audubon Society.

The Audubon Society’s first annual Christmas Bird Count began on Christmas Day in 1900 and the yearly event is still going strong. During this community science event, people venture outdoors to designated areas and count the types and numbers of birds that they see and hear over the course of one day. The data are used to keep track of the health of bird populations in North America. This year’s count runs from December 14, 2020, through January 5, 2021.

To participate in the count – it’s free – you need to sign up with a local circle compiler at the Audubon Society website. The counts are conducted within a 15-mile (24-km) wide circle, and the counts for each circle are organized by a “circle compiler.” As of Monday, December 7, there were still several circles with open registrations available (the open ones are the circles shown below in yellow and green, and the red ones are full circles that are no longer accepting new participants). No worries if you are a beginning bird watcher because you will be matched up with a more experienced birder.

Screenshot of circles for the Christmas Bird Count taken on December 7, 2020.

The compilers have been given Covid-19 guidelines that everyone will need to follow during this outdoor event. Still, participation is expected to be smaller this year than last year, and some counts may even have to be canceled if local restrictions are put into place. If your house is located within the count circle, you will have the opportunity to count the birds in your backyard on the day of your local event but you must make arrangements with the compiler to do so.

During last year’s 120th Christmas Bird Count, 2566 species and nearly 43 million birds were counted. While count efforts were at a record high level, the number of birds observed was approximately 6 million lower than the number counted in the previous year. Geoff LeBaron, director of the Christmas Bird Count program, said in a statement:

One cannot help but wonder what’s going on and what may be causing it. We plan to do a future analysis of long-term CBC results, looking at species groups, numbers of birds, and the total effort each season, to look into where the largest declines seem to be happening.

You can use Audubon’s new Trends Viewer tool to see how a particular species in your area has fared over time.

During last year’s count, a very rare common ringed plover was spotted on Shemya Island, Alaska. Additionally, the count data indicated that Anna’s hummingbirds are doing quite well. Concerning declines in a native quail, the northern bobwhite, were also noted. You can read more about last year’s findings at Audubon. 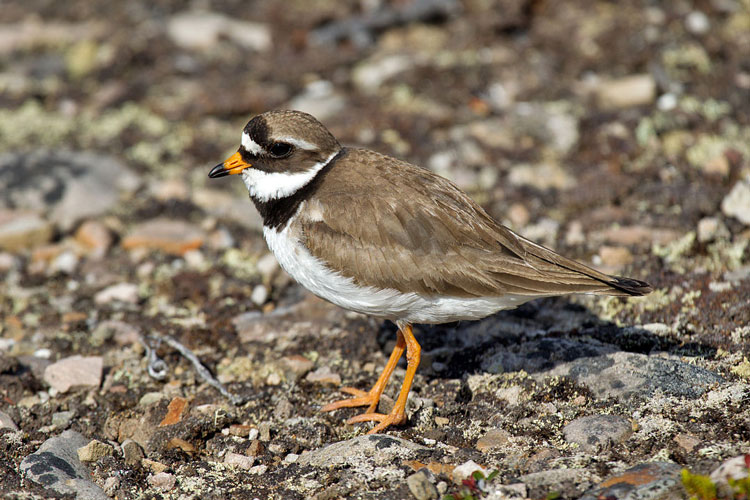 Common ringed plover, a bird that is typically found throughout the Eurasian Arctic, not in the North American Arctic except for Greenland. Image via Andreas Trepte/ Wikipedia.

The bird count was started on Christmas Day in 1900. Here’s a note about its history, from the Audubon Society:

Prior to the turn of the 20th century, hunters engaged in a holiday tradition known as the Christmas “Side Hunt.” They would choose sides and go afield with their guns—whoever brought in the biggest pile of feathered (and furred) quarry won. Conservation was in its beginning stages in that era, and many observers and scientists were becoming concerned about declining bird populations. Beginning on Christmas Day 1900, ornithologist Frank M. Chapman, an early officer in the then-nascent Audubon Society, proposed a new holiday tradition—a “Christmas Bird Census” that would count birds during the holidays rather than hunt them.

This year’s 121th Christmas Bird Count is sure to yield additional interesting and important data that will help scientists better understand bird populations. You can share your bird count photographs and experiences on social media with the hashtag #ChristmasBirdCount. Of course, we here at EarthSky would love to have you share us your photographs with us too!

Lastly, please note that Audubon has decided to no longer use the term citizen science in its communications. Their reasoning is as follows (see the last paragraph at the 120th CBC Summary page):

Diversity, equity, and inclusion needs to be a focus of the [Christmas Bird Count] and all community science programs as Audubon and other organizations move forward. Recently, Audubon has shifted from the term “citizen science” to a more inclusive “community science,” in response to a groundswell of concern in areas where “citizenship” is synonymous with “citizen” and the term was a barrier for involving new, local participants.