After the March 11, 2011 earthquake, a tsunami crossed the Pacific and ultimately broke off icebergs in Antarctica.

Kelly Brunt, an ice specialist at Goddard Space Flight Center, and colleagues linked the calving of icebergs from the Sulzberger Ice Shelf in Antarctica to the Tohoku tsunami, which originated from an earthquake off the coast of Japan in March 2011. Their findingwas published in the August 2011 issue of the Journal of Glaciology. It marked the first direct observation of such a connection between tsunamis and icebergs. 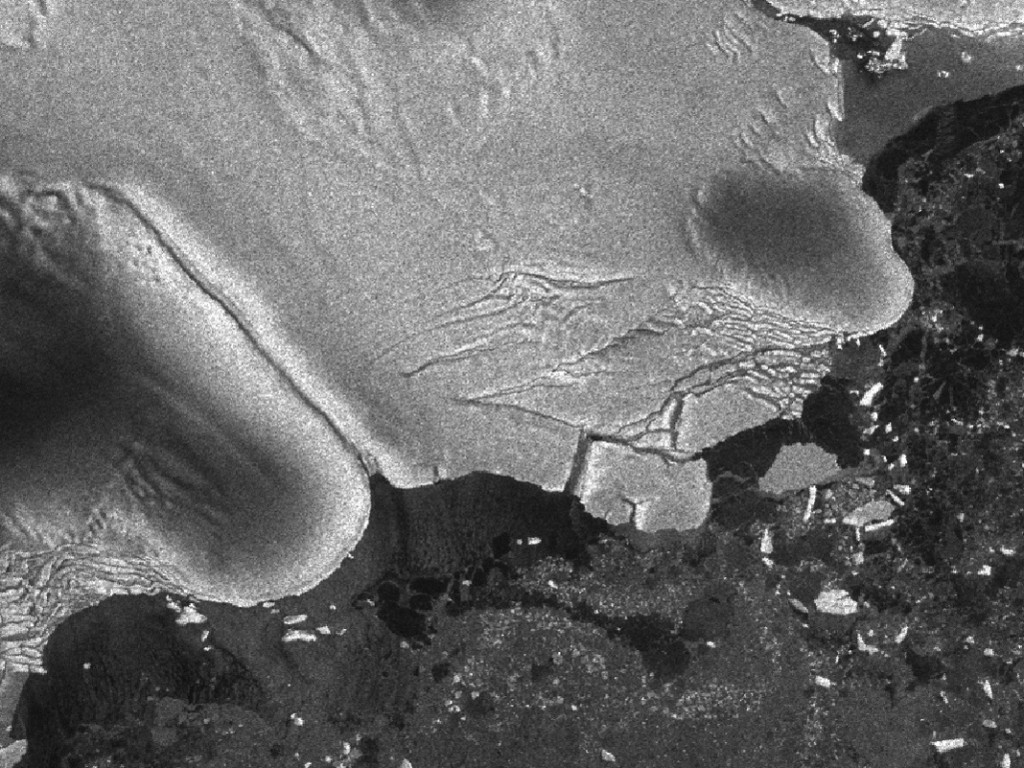 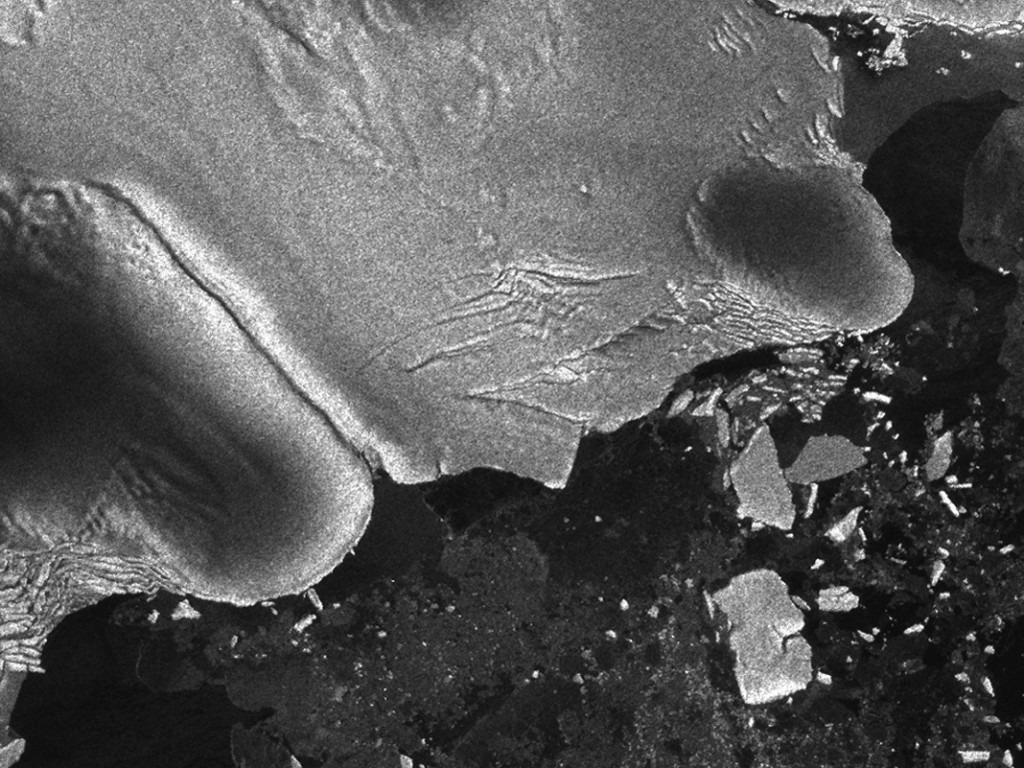 The birth of an iceberg can happen in any number of ways. Often, scientists will work backwards to find the cause after finding new icebergs. But when the Tohoku tsunami was triggered in the Pacific Ocean by the March 11, 2011 earthquake in Japan, Brunt and colleagues immediately looked south. Using multiple satellite images, Brunt, Emile Okal at Northwestern University and Douglas MacAyeal at University of Chicago observed new icebergs floating off into the Ross Sea shortly after the sea swell of the tsunami reached Antarctica.

Swells of water from the tsunami reached the ice shelf in Antarctica – 8,000 miles (13,000 km) away – about 18 hours after the March 11, 2011 earthquake occurred. Those waves broke off several chunks of ice that together equaled about two times the surface area of Manhattan. According to historical records, that particular piece of ice hadn’t budged in at least 46 years before the tsunami.

In the past we’ve had calving events where we’ve looked for the source. It’s a reverse scenario – we see a calving and we go looking for a source. We knew right away this was one of the biggest events in recent history – we knew there would be enough swell. And this time we had a source.

The swell was likely only about a foot high (30 cm) when it reached the Sulzberger shelf. But the consistency of the waves created enough stress to cause the calving. This particular stretch of floating ice shelf is about 260 feet thick (80 meters), from its exposed surface to its submerged base.

Scientists first speculated in the 1970s that repeated flexing of an ice shelf by waves could cause icebergs to break off. An ice shelf is the floating part of a glacier or ice sheet that mostly sits on land.

Through a fortuitous break in heavy cloud cover, Brunt, using NASA’s Aqua and Terra satellites, spotted what appeared to be a new iceberg. Radar imagery from a European Space Agency satellite showed a number of pieces breaking from the ice shelf.

The proof that seismic activity can cause Antarctic iceberg calving might shed some light on our knowledge of past events, Okal said:

In September 1868, Chilean naval officers reported an unseasonal presence of large icebergs in the southernmost Pacific Ocean, and it was later speculated that they may have calved during the great Arica earthquake and tsunami a month earlier. We know now that this is a most probable scenario.

In what could be one of the more lasting observations from this whole event, the bay in front of the Sulzberger shelf was largely lacking sea ice at the time of the tsunami. Sea ice is thought to help dampen swells that might cause this kind of calving. At the time of the Sumatra tsunami in 2004, the potentially vulnerable Antarctic fronts were buffered by a lot of sea ice, Brunt said, and scientists observed no calving events that they could tie to that tsunami.

There are theories that sea ice can protect from calving. There was no sea ice in this case. It’s a big chunk of ice that calved because of an earthquake 13,000 kilometers away. I think it’s pretty cool.

MacAyeal said the event is more proof of the interconnectedness of Earth systems.

Bottom line: Kelly Brunt of NASA, along with her colleagues Emile Okal and Douglas MacAyeal, found evidence that the Tohoku tsunami of March 11, 2011 caused icebergs to calve from the Sulzberger Ice Shelf in Antarctica. Results of their research appeared in the August 2011 issue of the Journal of Glaciology.

At the changing poles, a new kind of fieldwork