It’s summer here in the Northern Hemisphere. And summertime is ant time. Here are 6 things about ants you might not know. 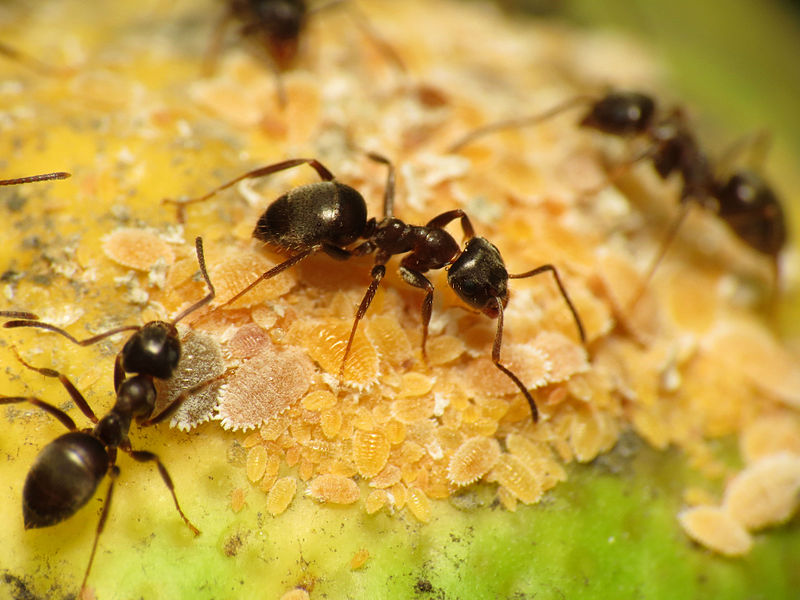 Have you have seen ants this year? In Britain, they were probably black garden ants, known as Lasius niger – Europe’s most common ant. One of somewhere between 12,000 and 20,000 species, they are the scourge of gardeners – but also fascinating.

The small, black, wingless workers run around the pavements, crawl up your plants tending aphids or collect tasty morsels from your kitchen. And the flying ants that occasionally appear on a warm summer’s evening are actually the reproductive siblings of these non-winged workers. Here’s what else you need to know:

1. Most ants you see are female

Ants have a caste system, where responsibilities are divided. The queen is the founder of the colony, and her role is to lay eggs. Worker ants are all female, and this sisterhood is responsible for the harmonious operation of the colony.

Their tasks range from caring for the queen and the young, foraging, policing conflicts in the colony, and waste disposal. Workers will most likely never have their own offspring. The vast majority of eggs develop as workers, but once the colony is ready the queen produces the next generation of reproductives which will go on to start own colonies.

A female ant’s fate to become a worker or queen is mainly determined by diet, not genetics. Any female ant larva can become the queen – those that do receive diets richer in protein. The other larvae receive less protein, which causes them to develop as workers.

Male ants have a mother but no father.

Unlike humans, with X and Y chromosomes, an ant’s sex is determined by the number of genome copies it possesses. Male ants develop from unfertilized eggs so receive no genome from a father. This means that male ants don’t have a father and cannot have sons, but they do have grandfathers and can have grandsons. Female ants, in comparison, develop from fertilized eggs and have two genome copies – one from their father and one from their mother.

Male ants function like flying sperm. Only having one genome copy means every one of their sperm is genetically identical to themselves. And their job is over quickly, dying soon after mating, although their sperm live on, perhaps for years. Essentially, their only job is to reproduce. 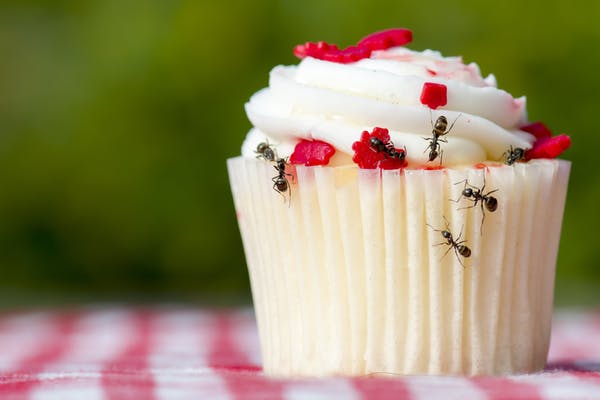 When the conditions are warm and humid, the winged virgin queens and males leave their nests in search of mates. This is the behavior seen on “flying ant day”. In L. niger, mating takes place on the wing, often hundreds of meters [yards] up (hence the need for good weather). Afterwards, queens drop to the ground and shed their wings, while males quickly die. Mated queens choose a nest site and burrow into the soil, made softer from recent rain.

Once underground, the queens will not eat for weeks – until they have produced their own daughter workers. They use energy from their fat stores and redundant flight muscles to lay their first batch of eggs, which they fertilize using sperm stored from their nuptial flight. It is the same stock of sperm acquired from long dead males that allows a queen to continue laying fertilized eggs for her entire life. Queens never mate again.

4. Home-making the ant way is about cooperation, death and slavery

Sometimes two L. niger queens unite to found a nest. This initially cooperative association – which increases the chance of establishing a colony – dissolves once new adult workers emerge and then the queens fight to the death. More sinister still, L. niger colonies sometimes steal brood from their neighbors, putting them to work as slaves.

Slave-making has evolved in a number of ant species, but they also display cooperation at extraordinary levels. An extreme example of this is a “supercolony” of Argentine ants (Linepithema humile) which extends over 3,700 miles (6,000 km) of European coastline from Italy to northwest Spain, and is composed of literally billions of workers from millions of cooperating nests.

5. Queen ants can live for decades, males for a week

After establishing her colony, the queen’s work is not done and she has many years of egg-laying ahead of her. In the laboratory, L. niger queens have lived for nearly 30 years. Workers live for about a year, males little more than a week (although their sperm live longer). These extraordinary differences in longevity are purely due to the way their genes are switched on and off.

6. Ants can help humans and the environment

Ants have a major influence in ecosystems worldwide and their roles are diverse. While some ants are considered pests, others act as biological-control agents. Ants benefit ecosystems by dispersing seeds, pollinating plants and improving the quality of soil. Ants might also benefit our health, as a potential source of new medicines such as antibiotics.

So when you next see an ant, before you think to kill her, consider how fascinating she really is.